Rani is one of those celebrities who rarely gets spotted but the actress takes part in celebrations of Navratri every year.

New Delhi | Jagran Entertainment Desk: The grand festival of Navratri is about to end as the 9th and final day of the festival is underway. People are busy celebrating the auspicious occassion with much excitement and Bollywood celebrities are also joining in the celebrations.

Earlier we spotted Kajol at the Durga Puja Pandal in Santa Cruz, Mumbai, and now it's Rani Mukherjee who stepped out of her house to worship the Goddess Durga. Rani looked stunning in a golden Saree.

Rani is one of those celebrities who rarely gets spotted but the actress takes part in celebrations of Navratri every year. Like every year Rani attended the Durga Puja Pandal organised by her cousins on the ninth day of the holy celebrations.

Rani Mukherji donned a Golden Saree with a red border. She adorned her look with statment gold jwellery and gold earrings. The actress tied her hair in a bun and opted to carry a red bindi. The actress looked exceptionally elegant in her festive attire.

Have a look at Rani Mukherji's look here: 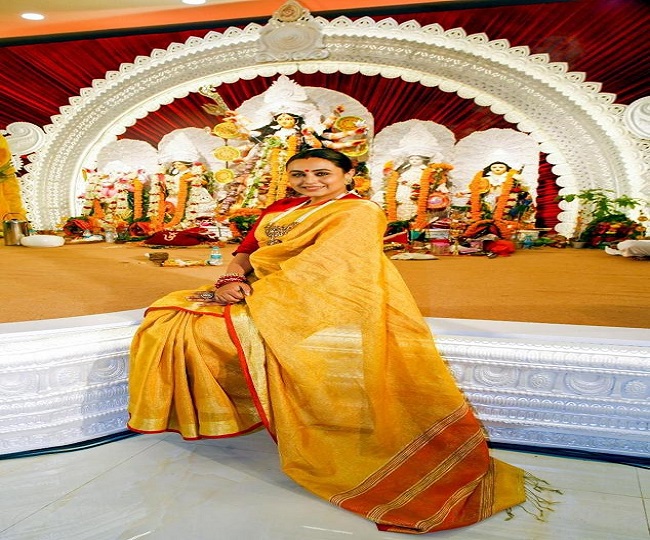 Celebrating the festival Rani happily posed for the cameras at the pandal. 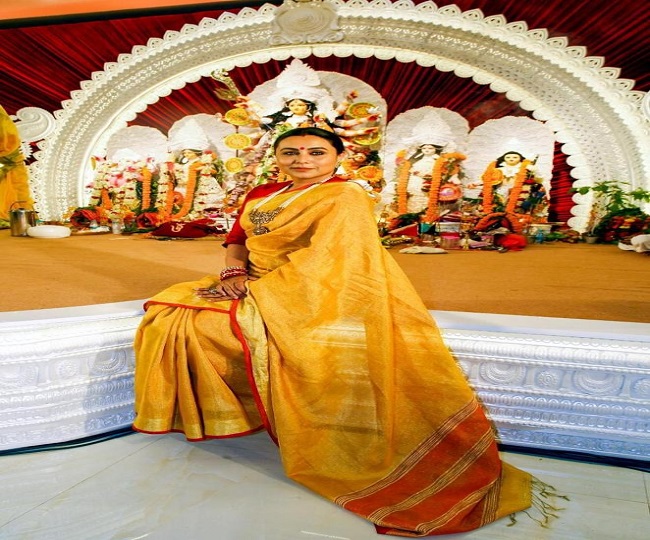 On the work front, Rani Mukerji awaits the release of Bunty Aur Babli 2, in which she co-stars with Saif Ali Khan, Siddhant Chaturvedi, and Sharvari. She will also be seen in the film titled Mrs. Chatterjee vs Norway which is being helmed under Aditya Chopra's production.