The 46-year-old actress shared a picture of Arjun and wrote, “Happy birthday my sunshine” with a hug emoticon.

New Delhi | Jagran Entertainment Desk: Bollywood actor Arjun Kapoor on Friday turned 35. As the son of film producers Boney Kapoor and Mona Shourie Kapoor turned a year older, his fans and family members poured wishes to the actor. Among many people, Malaika Arora, whose relationship with Arjun has always been a buzz among fans, also wished the actor who turned 35 on Friday.

Malaika, who is currently self-isolating herself with son Arhaan Khan in her Mumbai apartment, shared throwback pictures on her Instagram story that featured Arjun, herself and a common friend. While sharing the picture, Malaika wrote, “Birthday twins”. 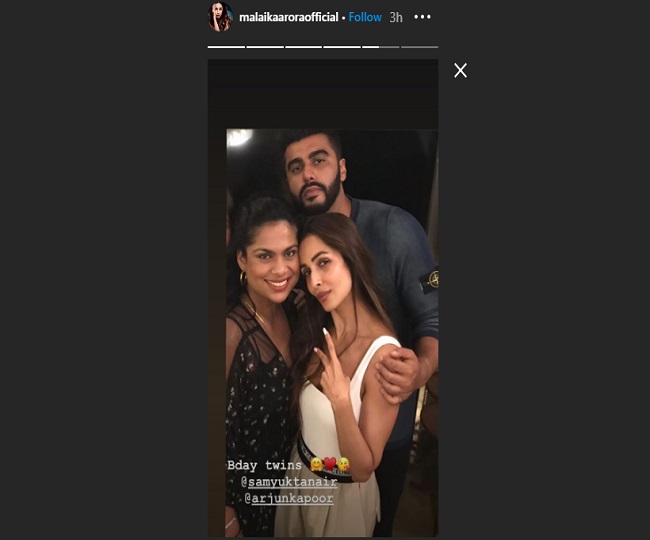 The 46-year-old actress shared another picture of Arjun and wrote, “Happy birthday my sunshine” with a hug emoticon. 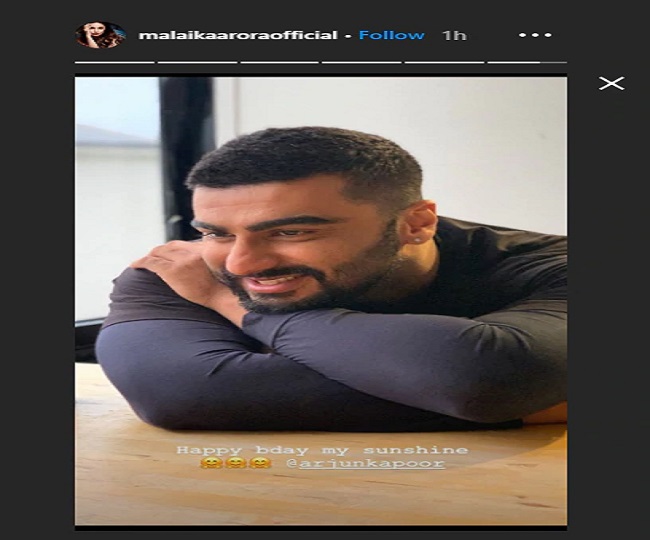 The Malaika and Arjun have set another example in the industry by falling in love and breaking the odds. Earlier, there were rumours of the two were dating each other. The duo, however, didn’t open up about it.

Malaika and Arjun made their relationship official last year. Before this, Malaika was married to Arbaaz Khan. The two had tied the knot in the year 1998. They announced separation in March 2016 as she revealed that they were making each other extremely unhappy and had also impacted the lives of others around them. Maliaka further said that the decision was difficult for her until the last month.

On the professional front, Malaika Arora is currently one of the judges of India's Best Dancer that airs on Sony Entertainment television. The shooting of the show is on a standstill due to the coronavirus pandemic. Whereas, Arjun Kapoor was last seen in Panipat helmed by Ashutosh Gowariker. Up next he will be seen in Sandeep Aur Pinky Faraar which is helmed by Dibakar Banerjee opposite Parineeti Chopra.