Munawar Faruqui slammed all the breakup rumours with girlfriend Nazila as he share a video from his impromptu date.

Lock Upp fame Munawar Faruqui has managed to grab eyeballs ever since he revealed that he was married and had a son during Kangana Ranaut's reality show. The comedian also revealed that he has been dating a social media influencer named Nazila. However, recently rumours riffed stating that the duo has parted ways as both have unfollowed each other on Instagram. However, now, the comedian has dismissed reports claiming that he has split from his girlfriend Nazila.

Following the split rumors, Faruqui took to his Instagram handle and shared a video of himself where he can be seen saying “Yeh kya phook k kar rahe hai ye log? Kya phook rahe hai ye log kya malum (I don’t know what are smoking or up to)." Later the comedian flipped the camera towards Nazila, who was sitting next to him and was enjoying ice cone. The video seemed an impromptu date for both.

Also Read
'If We Come Together...': Salman Khan Opens Up On Bollywood vs South.. 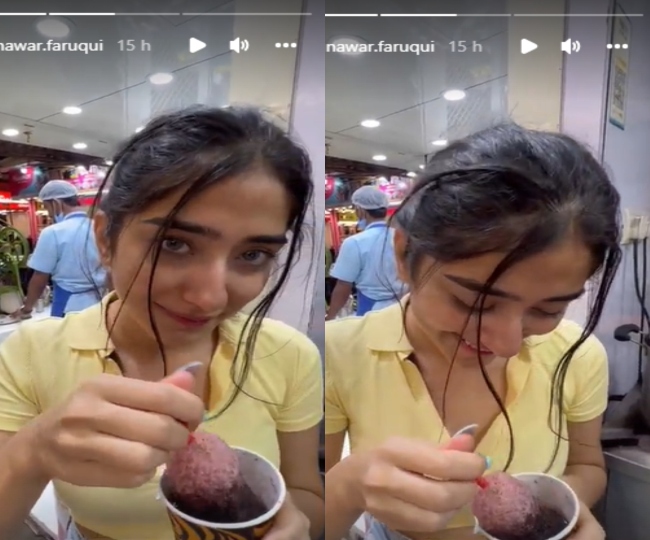 A few days back, a Bombay Times source claimed that both Nazila and Munawar has parted ways.

Apart from that, even Munawar's manager when asked about the matter, refused to comment on it. Meanwhile, Munawar turned out to be the winner of Kangana Ranaut's reality show 'Lock Upp'.

Also Read
Adipurush Teaser Out: Prabhas-Starrer Gives A Glimpse Into The Epic Saga..

Munawar always remains in the headlines due to his controversial stand-up comedy shows. Several of Faruqui's show has been cancelled after an alleged allegation of disrespecting a specific religion.