Veteran actor Mthilesh Chaturvedi, popularly known for his roles in Neeli Chatri Wale, and Kayamat, passed away last evening. The actor died due to a heart attack and took his last breath in Lucknow. The news of his death was confirmed by his son-in-law Ashish Chaturvedi. The actor recently suffered a heart attack and was later shifted base to his hometown to recover.

Sharing a post on Facebook, Ashish Chaturvedi wrote, "You were the best father in the world. You never treated me like a son-in-law and always gave me love like your own son. May God rest your soul in peace." 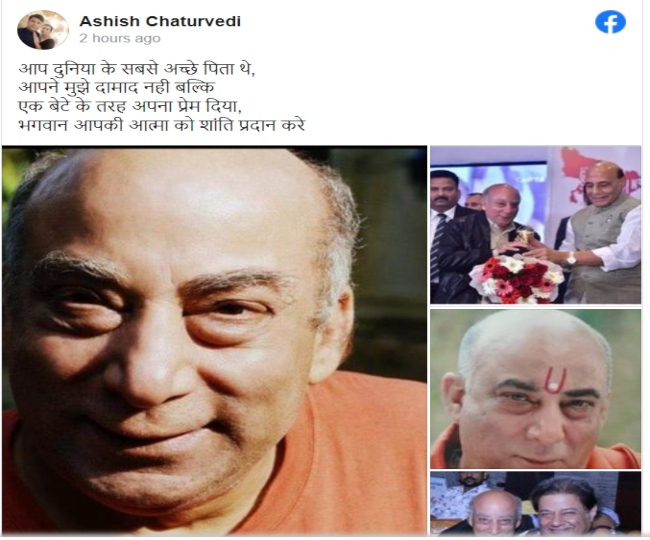 The actor has been in the industry for over decades. Mithilesh appeared in some of the biggest Bollywood movies including Koi Mil Gaya with Hrithik Roshan, Gadar Ek Prem Katha with Sunny Deol, Satya, Bunty Aur Babli, Krrish, Taal, Ready, Asoka and Fiza, and others.

Apart from movies, the actor also appeared in ads and TV shows such as Patiala Babes and web shows like Scam, where he played Ram Jethmalani. Meanwhile, the actor was last seen in Gulabo Sitabo with Amitabh Bachchan and Ayushmann Khurrana.

Meanwhile, details of his last rite are still awaited.