Youtuber-cum-actress Prajakta Koli has been posting heartwarming images for her fans from Davos on social media.

Mismatched fame Prajakta Koli has ample reasons to be happy. The actress-cum-content creator is part of the YouTube star group covering the annual meeting of the World Economic Forum in Davos.

To keep her fans updated, Prajakta has been posting breath-taking photos of the picturesque locations in Davos. She has shared snaps and videos of the snow-capped mountains and stunning architecture in the Swiss town.

On Thursday, taking to her Instagram Stories, she made a point to highlight how cold it is. Prajakta Koli is seen swaddling herself in a blanket in the video. She noted the -6 degree Celsius cold and wrote, "Kuch zyaada hi crazy kar liya aaj." Following that, Prajakta posted a new Instagram Story with the caption "Good Morning" and a temperature filter that read -11 degrees Celsius. 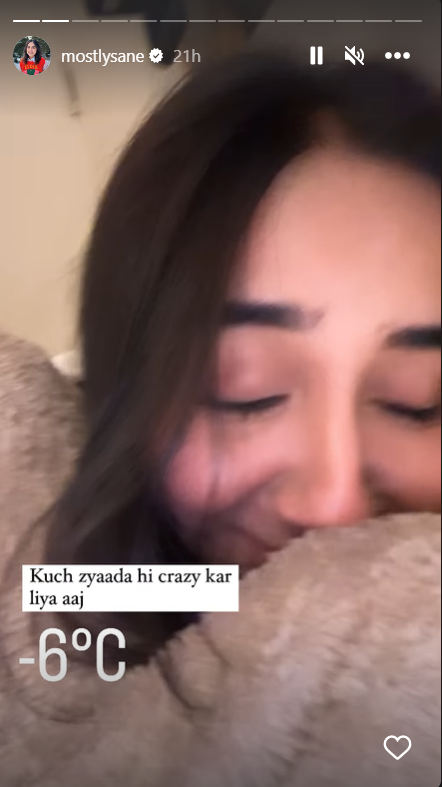 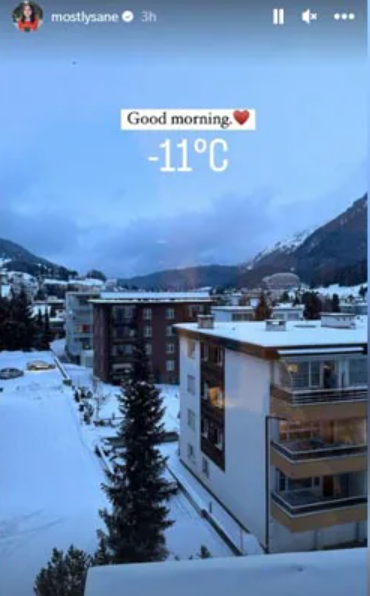 Prior to that, Prajakta had posted another collection of images. In one of them, she appeared in a lovely sweater, shirt, and denim leggings. The phrase "India" was stitched on the sweater which also served as her caption. "Love the Bhaane sweater," said Sonam Kapoor replying to the post, whose husband Anand Ahuja is the CEO of Bhaane. "Lovely pic & soundtrack!" said Anand Ahuja, while Vandana Joshi, an actor, wrote, "So pretty."

Another collection of images shows Prajakta Koli in winter clothing making some amusing and silly faces. The caption was "Tu lutt jaa snowly snowly," she added. Rohit Saraf, Prajakta's Mismatched co-star, replied to the tweet by saying, "I could frame the second image."

Prajakta Koli also posted a photo of herself and other content producers outside the World Economic Forum building with the caption, "Making conversations loud and clear."

Her caption on a photograph of Switzerland's geotag read: "Hands are frozen but heart is so so warm. Hi, lover."

On the work front, Prajakta finished another acting project a week ago, and shared photos with the crew, including Priya Bapat, her co-star, on Instagram. "And just like that we wrapped project number 6. So grateful that I get to wake up everyday and work with the most amazing people. Thank you," she said.