Mirzapur 2 Review: The revenge saga gets murkier as women jeopardize male fiefdom, but its Achilles heel can disappoint

Mirzapur 2 Review: The revenge drama is a complete entertainer and another welcome addition to the several productions depicting the quest for power in Uttar Pradesh badlands.

New Delhi | Abhinav Gupta: "Jab do mard aapas mein baat kar rahe ho, to aurat ko nahi bola chahiye, ghar ki ho to bhi… Isiliye auraton ko bahar nahi bhejte, saahas badh jaata hai." Kaleen Bhaiya telling this to his daughter-in-law -- the chief minister of ‘crime-free Uttar Pradesh’ -- makes it clear that the Tripathis don’t consider women as the ones who should play a role beyond the household chores and giving birth to their sons (obviously not daughters) and raising them as perfect heirs of their ‘gaddi’.

Well, in the badlands of Mirzapur, while the customary violence and mind games get murkier than the first season which was restricted to a battle of dominance, the female characters have taken a front foot in this instalment of the crime drama which is more about betrayal than the predicted revenge.

However, this betrayal and revenge is not just limited to the four clans - the Pandits, the Tripathis, the Shuklas and the Tyagis - but also exposes the dark secrets of these families where the fathers and sons are at loggerheads while mothers and daughters step out of their conventional duties and break the stereotypes as some of them seethe with anger while others toe the line.

In fact, the second season of the high-voltage web series can be better summed up as a blood-filled blend of felony, illicit trade, chutzpah and vilification striking a chord with jaundiced emotions, shifting loyalties and backstabbing.

Also Read
Bigg Boss 14: What! Kavita Kaushik walked out of the BB house after a.. 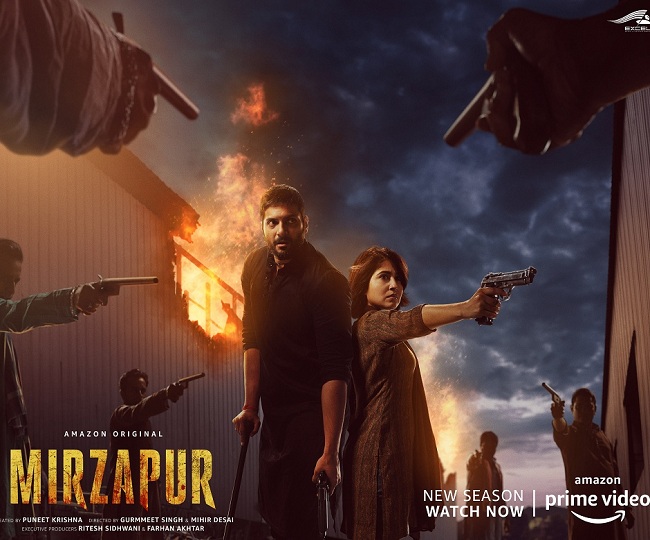 This time, the story of revenge and lust for power goes beyond Mirzapur to nearby hinterlands of Jaunpur, Ghazipur, Ballia and Siwan and sometimes to the state capital Lucknow, which brings along several new players in the fray such as Sharad Shukla (Anjum Sharma), son of Rati Shankar who was killed by Guddu Pandit in the last last season, the Tyagis from Siwan who deal in almost every illegal business such as stolen cars and liquor in the dry state, and Madhuri Yadav, Munna Tripathi’s wife and daughter of Uttar Pradesh CM who takes over the reigns after her father’s murder.

Suffering the loss of his brother Bablu Pandit (Vikrant Massey) and pregnant wife Sweety Gupta (Shriya Pilgaonkar) in the first season, Guddu Pandit (Ali Fazal) is back with the fire of revenge in his heart while he is still recovering both mentally and physically. However, Guddu is not only seeking revenge from the Tripathis but also a complete hold of ‘Mirzapur ki Gaddi’.

Another survivor from Munna Tripathi’s wedding assault - Golu Gupta (Shweta Tripathi) - comes back in a completely different avatar than what she was in the first season. Guns, bloodbath and hunger of revenge have replaced her trivial ambitions of winning the college elections and the principle of nonviolence. She now is on the path to become Bablu’s replica while avenging the death of her sister. 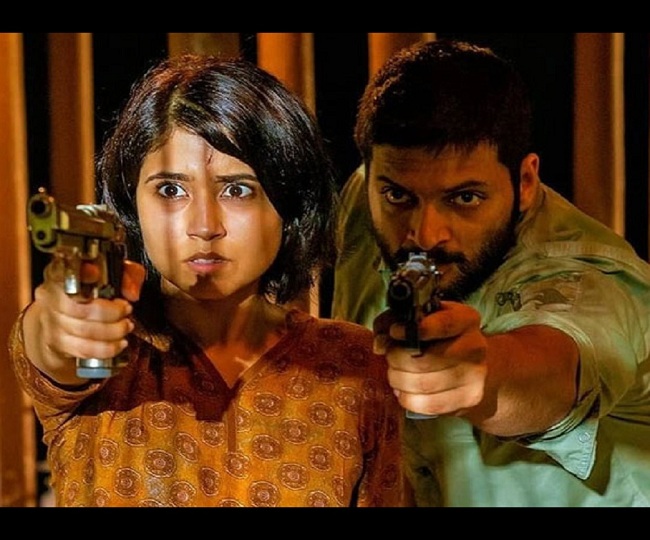 On the other side, Munna Tripathi is more ruthless and arrogant than before and his lust of power has increased to another extent, but with all his close confidants gone, he has no option but to rely upon his father who is still hesitant about his son’s capability of carrying forward his legacy and ruling the city.

However, Munna has a changed approach in the second season - from a spoilt brat to an ambitious desperado. Now, his intent to become the ‘King of Mirzapur’ is even more and he uses his brain in the best possible manners to snatch the throne from his father’s clutches. The violent nature of Munna comes along with a sporadic eruption of emotions in him at several occasions like when he loses another friend Lalit as a sacrifice in the quest for power, when he gradually falls in love with his wife Madhuri (Isha Talwar) whom he married under his father’s pressure and when he tries to shoot his father thinking that he was planning to kill him, but doesn’t.

Akhandanand Tripathi aka Kaleen Bhaiya’s ambitions have grown manifolds and he now seeks to rule the entire state and not just Mirzapur. He cleverly frees himself from dependability on JP Yadav and manages to strike a direct deal with the chief minister and later get his son Munna married to the CM’s daughter, far-seeing bigger profits. However, his desires take a toll when his daughter-in-law takes over the reigns of the state after her father’s killing. 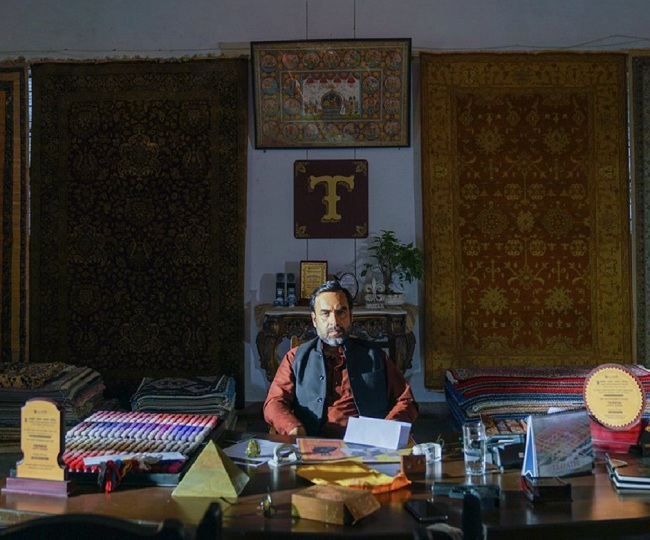 Kaleen Bhaiya’s wife Beena (Rasika Duggal), who was sexually ‘punished’ by her depraved father-in-law for having an affair with the servant, simmers to avenge her modesty in a toxic male fiefdom and she sharpens her claws while waiting for the right moment to strike. She manages to turn the tables to a great extent as she joins hands with the other revenge-seekers - Guddu Pandit and Golu Gupta.

Mirzapur 2 manages to deliver what is expected. However, you don’t take back much except a few striking punchlines, some sharp-tongues gags, the customary abusive slurs and the echoes of country-made ‘kattas’. Like the first season, the writers have managed to churn out several meme-worthy dialogues.

The flaws in this season too are equally macroscopic. Umpteen characters, from Mirzapur to Lucknow to Siwan, some which don’t have a deeper subtext, seem to send the viewer on a wild-goose chase who is expecting an enthralling tale of Munna Bhaiya’s revenge from the father-son duo of Kaleen Bhaiya and Munna Tripathi.

For those who have seen the first season, every next move in this season can be predicted a mile away from the sixth episode onwards. The storyline is an attempt to make the season an overfilled North Indian thali, which aims at serving everything for everyone, but instead delivers a disoriented buffet.

To conclude, the revenge drama is a complete entertainer and another welcome addition to the several big- and small-screen productions based on the quest for power in Uttar Pradesh badlands. Moreover, the seemingly unfinished ending gives enough hints of the makers ready for the third instalment of Mirzapur.

(Disclaimer: The article is an opinion piece by Abhinav Gupta, Chief Sub Editor, English Jagran. The views expressed in the article are of the author and not of the organisation)