Milind's wife Ankita was also stunned after watching the video. Ankita turned into a cheerleader when she took to Instagram and gave a shoutout to her husband.

Milind Soman is definitely a heartthrob for lakhs of girls out there. The man leaves no stone unturned when it comes to enthralling his female fan following. Finally, after 25 years, Milind is back with a music video, and his fans cannot keep calm. The actor features in a song named 'Shringaar'.

Not just fans, but Milind's wife, Ankita Konwar, was also astounded by the song and her husband's performance. The song is sung by Aastha Gill, and Akasa has rap by Raftaar. The music video also features Aastha Gill and Akasa Singh.

After 25 years of Alisha Chinai's song Made in India, Milind has finally managed to make it to a music video. Meanwhile, the song 'Shringaar' is written by Vayu, and the dance also features Raftaar in it.

The music video begins with both the singers singing the track. Then, people get a glimpse of Milind Soman, who portrays the role of a ceramist. The music video will definitely keep you hooked to your seats until you finish it all.

Take a look at the music video here:

Milind's wife Ankita was also stunned after watching the video. Ankita turned into a cheerleader when she took to Instagram and gave a shoutout to her husband.

She wrote, “Husband, you are setting everything on fire” and added a few fire icons to her caption. 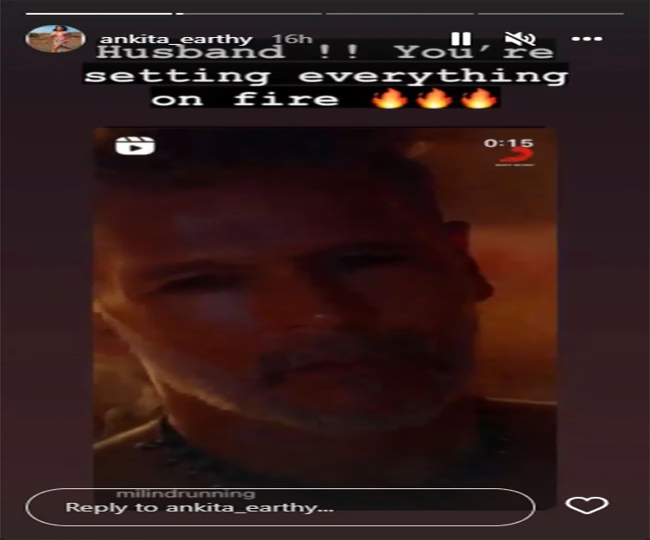 Meanwhile, Milind has been sharing the reactions of his fans on his latest music video. While one fan wrote, “Damn, still the heartthrob,” another commented, “OMG, this trailer reminds me of your Made In India video.” "Does he ever age," added another fan.

Apart from fans, Akasa also took to the comment section and wrote, “the best.”