People, who felt so personal about SSR’s death, are now finding Immanuel Rajkumar Junior aka Manny and his life’s climactic sequences too close to those of SSR’s.

New Delhi | Mukul Sharma: The final on-screen appearance of late actor Sushant Singh Rajput in ‘Dil Bechara’ is winning over the hearts of millions across the country and beyond. People, who felt so personal about SSR’s death, are now finding Immanuel Rajkumar Junior aka Manny and his life’s climactic sequences too close to those of SSR’s. Manny breathes love, exhales positivity, and vibes over his own exclusive Thalaiva-induced energy; to hell with Osteosarcoma after all!

Because as Anand Saigal had said in 1971 that, “If you stop living for the fear of death, then what will you call the Death after that?” Henceforth, Manny has no choice left, but to act over what Aman Mathur had told Naina Catherine Kapur in 2003: “Listen. Live. Laugh. Smile. Who knows, tomorrow may not come.”

However, unlike Aman Mathur of 2003, Manny of 2020 somewhat believed in his tomorrow and was not as assured of his tomorrow’s so-soon betrayal as were Anand Saigal and Aman Mathur. Still, Manny had the fear of oblivion, and to counter that, much like Anand, he went on to live the dreams of seven colours for his love interest. Unlike Aman Mathur, Manny was lucky. His Kizie confessed her love to him despite Pushpinder (her Oxygen cylinder) acting like a ‘chipku’-ex almost all the time. Because what is impossible if you follow Anand’s cult words as sincerely as Manny followed, that, ‘life should be big and not long’ with a prefix Babu Moshai for none other than Kizie Basu (played by Sanjana Sanghi). And since Cancer makes life a metaphor, and metaphors the life, there always remains hope for tomorrow, and a longer one at that.

The three of them – Anand, Aman, and Manny – are finally cycled together by their similar natures of illnesses, that drives their behaviour towards beautifully nuanced notions of love and life, at the moments of extreme agony. The drizzles of love falling from the sky of life are consistently sucked out of their bodies by a terminal illness, and it ends up invoking genuinely warm emotions about love and loss, and unpredictability of life-defining the both. 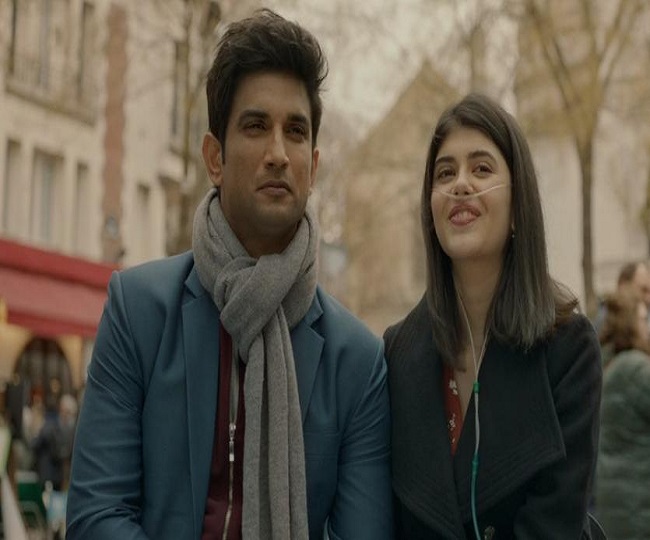 But what Anand and Aman longed for, Manny lived over that unadulterated exploration of love at the most unpredictable points of his life. Manny didn’t have to listen to the recorded tapes of his lover, nor was he forced to confess his love by reading out the pages of an unwritten diary. He lived with Kizie, taught her ‘khul ke jeene ka tareeka’ (way of living to the fullest) and finally, Manny was the one for Kizie and Kizie was the one for Manny. That’s the way, almost five decades down the line, Manny (Sushant Singh Rajput in ‘Dil Bechara’) completed the cycle of ironic perfection surrounding Love and Loss left open by Anand Saigal (Rajesh Khanna in ‘Anand’), and Aman Mathur (Shah Rukh Khan in ‘Kal ho naa ho’).