Katrina Kaif took to her social media handle to give her fans a glimpse of Isabelle Kaif's birthday celebration.

New Delhi | Jagran Entertainment Desk: Katrina Kaif's younger sister Isabelle Kaif turned a year older on Thursday, January 6, and the actress made sure that her baby sister doesn't feel her absence. She, along with Vicky Kaushal, video called Isabelle to wish her on birthday. The virtual celebration was also attended by the actor's brother Sunny Kaushal and a few close friends.

Katrina Kaif took to her social media handle to give her fans a glimpse of Isabelle's birthday celebration. In the photo, Kat, Vicky and Isabelle's friend were seen smiling. Sharing the virtual meet image, she wrote, "Happy happy happiest Isabelle Kaif - this is the year that will shower all the love, light and happiness on u.” 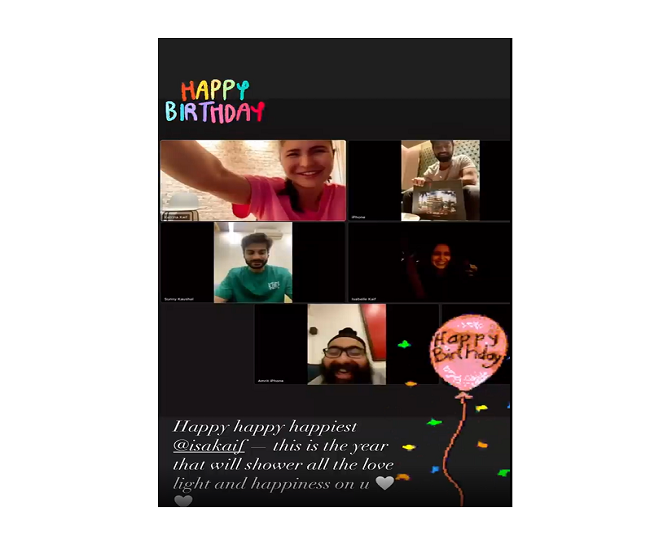 Earlier, that day, Vicky took to his social media handle to wish his sister-in-law on birthday. Sharing an adorable picture of Isabelle, he wrote, "Happiest birthday, Isy! Have the most wonderful time working and partying today!” 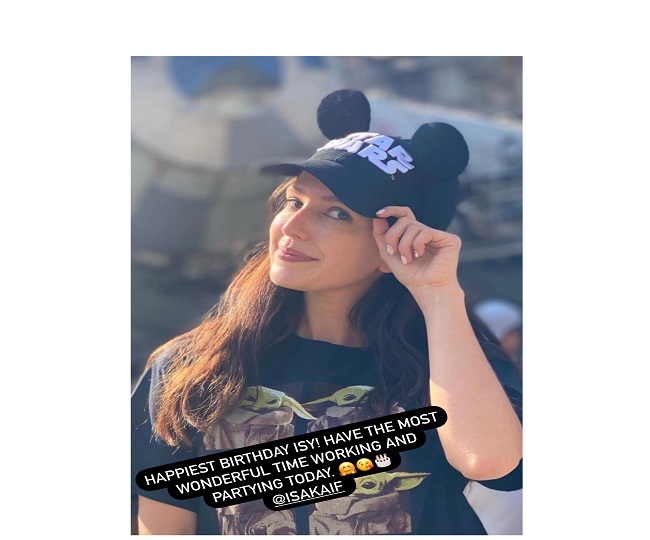 Meanwhile, on the work front, Katrina is busy shooting for Sriram Raghavan's, Merry Christmas, co-starring Vijay Sethupathi. On the other hand, the actress, who was reported to jet off to Delhi for Tiger's shooting sequence with Salman Khan, has been postponed. As per a report in Mid Day, the actors won't be flying off to Delhi due to the surge in COVID-19 cases. "It’s a well-thought-out decision by Adi, Maneesh and the team. The portions in question will be shot at real locations. Since the Omicron threat is looming, the makers are choosing to be cautious. While [other] challenging schedules were completed through the pandemic, the team doesn’t want to take any unnecessary risk [now],” a source was quoted saying.