New Delhi | Jagran Entertainment Desk: Kabir Singh actress Kiara Advani’s twitter account was hacked on Tuesday evening, announced the actress in a message on her Instagram. She further said that the account is still in the process of being recovered.

“My Twitter account has been hacked. We are working on it to get it back. Please ignore any unnecessary or strange tweets being posted,” she said. 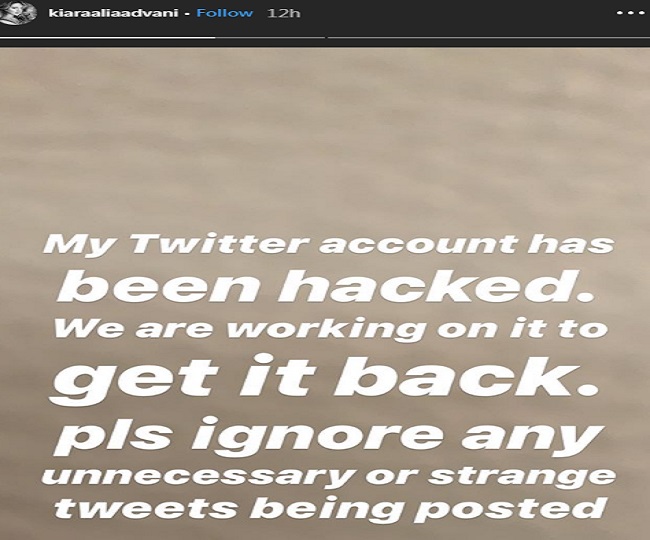 “Please do not click on any suspicious link that is being sent from my Twitter account. My account is still hacked and this link is not sent by me,” she said in another message. 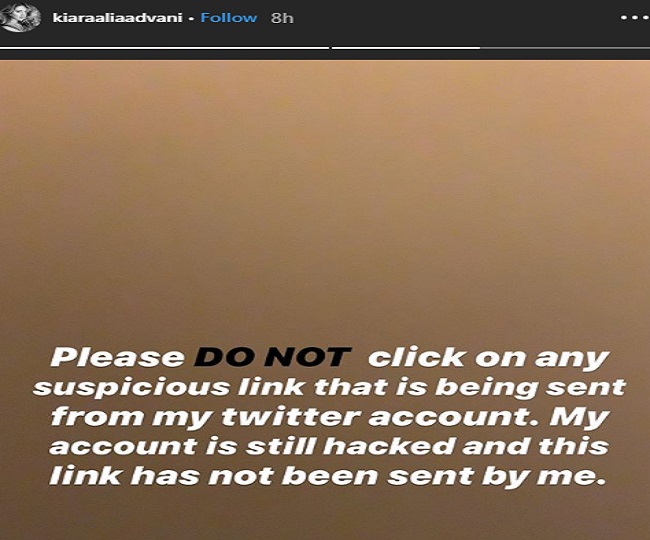 Also Read
'You're the first she, love you': When Sushant Singh Rajput wrote a..

Meanwhile, Kiaran -- who was last seen on Kabir Singh -- will now be seen in movies like Indoo Ki Jawaani, Bhool Bhulaiyaa 2, Laxmmi Bomb and Netflix film Guilty. She is also working with Sidharth Malhotra in Shershaah.