For her first Lohri, Katrina Kaif opted for a traditional red suit with a warm jacket, while Vicky kept it casual in a sweatshirt and track pants.

New Delhi | Jagran Entertainment Desk: Lohri does not just mark the passing of the winter solstice but is also a festival of spreading love, laughter and joy. However, for newlyweds, it is the most special festival as it marks their first festival after marriage. Several B-town couples observed their first Lohri and among them was one of the most lovable couples, Vicky Kaushal and Katrina Kaif. The couple got married early last month in an intimate ceremony, and yesterday they celebrated their first Lohri together wrapped in each other's arms.

Katrina Kaif took to her Instagram handle and shared some adorable pics from the celebration. In the images, the actress was seen donning a traditional red suit with a jacket, while Vicky kept it casual in a sweatshirt and track pants paired with a jacket. In one of the images, they both are standing at a distance of a bonfire while Uri actor wrapped his arm around Katrina. 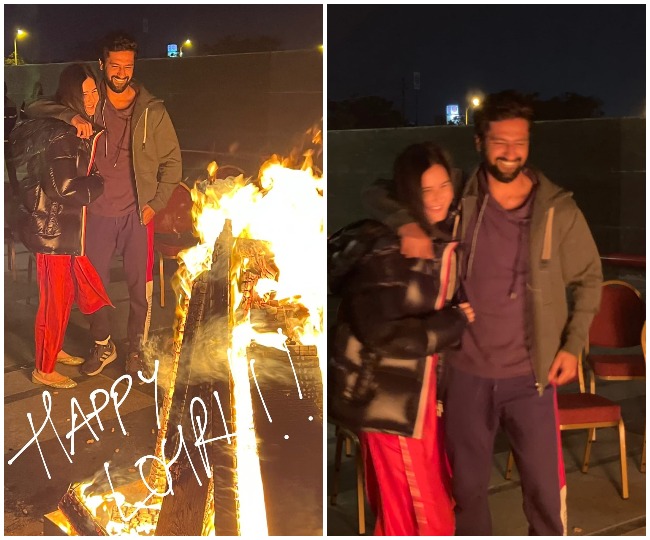 In another, Vicky is looking at Katrina with all love while she is seen having a hearty laugh. Here have a look: 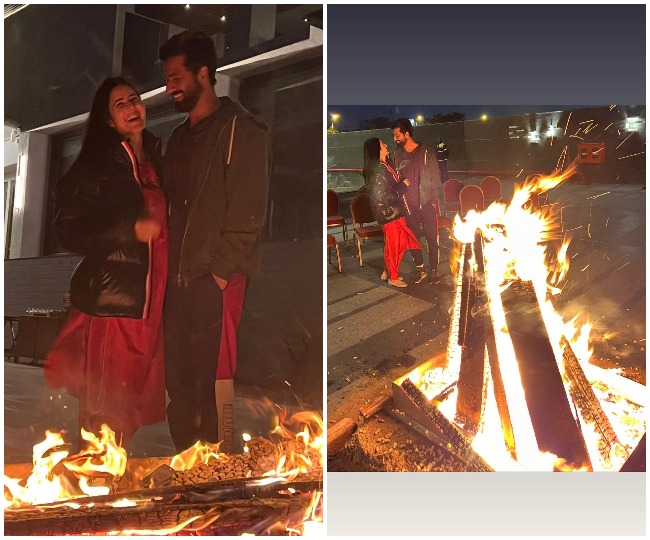 Hours after Katrina dropped the glimpse on her Insta story, Vicky also took to his Instagram handle and shared a pic and captioned it as, "Happy Lohri!"

Lately, the couple celebrated their one month anniversary and both shared an adorable post showing their love for each other.

Vicky Kaushal, on the other hand, also have several films in his kitty, namely Govinda Naam Mera, The Great Indian Family and Luka Chuppi 2.