Taking to Instagram on Sunday, Katrina posted a bunch of pictures where she can be seen doing bowling. The actress can be seen wearing a pink shirt and denim.

New Delhi | Jagran Entertainment Desk: Bollywood actress Katrina Kaif is currently having a gala time in the US with her husband Vicky Kaushal. The couple is surely giving vacation vibes to all their fans by postings pictures and videos on their social media handles. Just like that, on Sunday morning, Katrina took to her social media handle and gave a glimpse of how she spent her Saturday in New York.

Taking to Instagram on Sunday, Katrina posted a bunch of pictures where she can be seen doing bowling. The actress can be seen wearing a pink shirt and denim.

Sharing the pictures, Katrina wrote, “A very American Saturday" and dropped pin emojis in the caption.

On the other hand, Vicky Kaushal also gave a glimpse of his weekend. The actor took to Instagram stories and can be having a fun time driving. 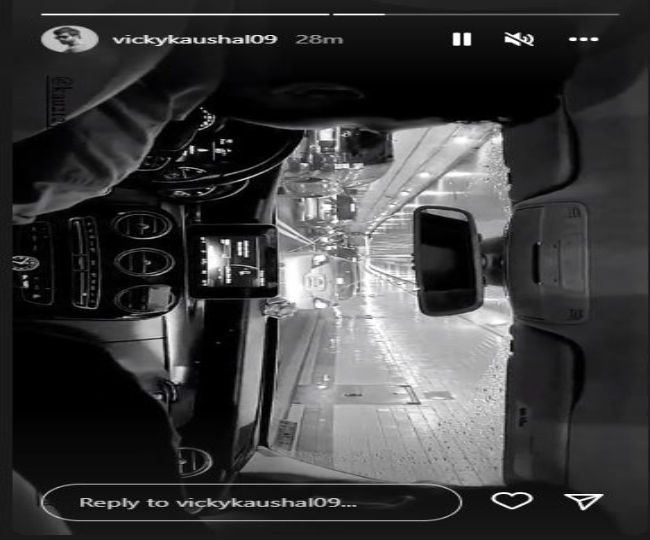 The couple has been in the US for a while now, and last week also they shared cute pictures from their trip. In the pictures, Vicky and Katrina can be seen crossing a road as Vicky puts his arm on Katrina’s shoulder. Apart from that, the couple also visited Priyanka Chopra’s restaurant, Sona, and also posted a picture.

Meanwhile, the couple has been hitting the headline due to their rumored pregnancy. It was reported that Tiger 3 actress is two months pregnant. However, putting a full stop to the rumours, Vicky's spokesperson denied the rumours.

Also Read
Arjun Kapoor and Malaika Arora to tie the knot in December this year?..

While talking about the professional front of both the actors, then Katrina has been shooting for Merry Christmas. The film also stars Vijay Sethupathi and is being directed by Sriram Raghavan. Apart from that Katrina's much anticipated action-thriller film Tiger 3 alongside Salman Khan is set to hit the big screen on April 21, 2023.

Vicky, on the other hand, will be seen in Meghna Gulzar’s Sam Bahadur and Govinda Naam Mera.

PLT IN SECOND = 0.003521438
Jagran English brings you all the latest and breaking news from India and around the world. Get live English news from India, World, Politics, Entertainment, Lifestyle, Business, Education, Sports, Technology, and much more. Follow english.jagran.com to stay updated with the latest English news.
Copyright © 2022 Jagran Prakashan Limited.