Since the celebrations are a private affair, guests are requested to leave their mobile phones in their respective rooms and are also asked not to post any photos or videos of the wedding festivities on social media.

New Delhi | Jagran Entertainment Desk:  Bollywood actors Vicky Kaushal and Katrina Kaif's big fat wedding festivities have begun at the Six Senses Resort, Fort Barwara in Sawai Madhopur, Rajasthan. After the grand Sangeet ceremony, the traditional Haldi and Mehndi ceremony will be held today (December 08). Several updates on couple's wedding are doing rounds on the internet and people are taking a keen interest in reading them all.

The couple’s sangeet ceremony was held on Tuesday night and the wedding venue was illuminated with lights. As per IANS, the hotel has been decorated with a heritage look as the couple wanted something natural other than the artificial decor. Vicky Kaushal's mom hosted a big fat Punjabi ladies sangeet for bride-to-be Katrina Kaif.

Since the celebrations are a private affair, guests are requested to leave their mobile phones in their respective rooms and are also asked not to post any photos or videos of the wedding festivities on social media.

Here are the updates from the couple’s Mehndi and Haldi ceremony:

20 kilos of henna powder was brought in from Sojat that is famous for the Mehndi plantation, is chemical-free, and specially sourced. The cost of the special Mehndi is between Rs 50,000 and Rs 1 lakh but the business supplying the henna will not charge Katrina and Vicky.

A throwback video of Vicky Kaushal and Katrina Kaif is doing rounds on internet ahead of their wedding. The video happens to be from a Holi party in 2020.

As per reports, the duo have apparently sold the telecast rights of their wedding celebration to Amazon Prime Video for  Rs 80 crore.

Police officers from Barwara chowki and city police headquarters have been deployed in order to provide extra security amid Vicky and Katrina’s wedding.

Also Read
Alia Bhatt Enjoys Her Babymoon With The 'Light Of Her Life' Ranbir Kapoor..

Is this Vicky and Katrina's wedding invite for the guest?

A wedding invite with Vicky and Katrina’s name on it has been doing the rounds on social media.

While fans across the globe are eagerly waiting for Vicky Kaushal and Katrina Kaif's wedding images, Katrina and Vicky's Wikipedia pages shows that the couple is married to each other.

Taking to Instagram stories, Kangana shared her thoughts on Katrina and Vicky Kaushal's wedding. The Bollywood actress emphasised on the age difference which is of five years. Katrina is five years elder to Vicky. 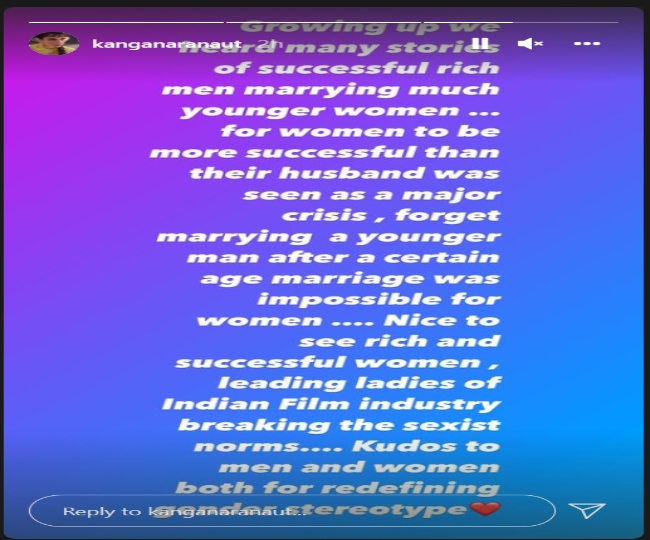 Guest who arrived for VicKat's wedding:

The couples' Mehndi and Haldi ceremony will reportedly take place today. The function will be organised at the Padmavati suite area of the grand Fort.

Mehndi artist Veena Nagda who is famous for putting on Biggest Bollywood actresses arrived in Jaipur ahead of the big day for Katrina and Vicky.