New Delhi | Jagran Entertainment Desk: After the setback of losing her favourite Chintu uncle, Karisma Kapoor on Monday took it to Instagram to post two old photographs from the 70s and 90s of her with Rishi Kapoor. The two pictures are of two different phases of Karisma's life, the first one as a baby girl playing with Chintu uncle and another as a young and beautiful actress.

Before this, Karisma once Instagrammed a family picture of The Kapoors that was clicked on the occasion of her father Randhir Kapoor's' birthday. Apart from the Kapoors in the frame, Saif Ali Khan was also clicked. 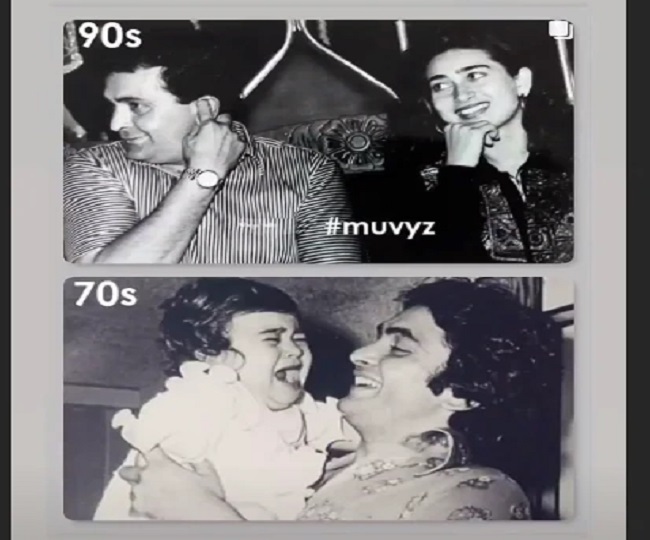 First, she posted a picture of two young chubby boys, Rishi Kapoor and Randhir Kapoor, captioning it as "The best boys I know... Papa and Chintu uncle." The second in which Rishi Kapoor had grown to a middle-aged man and still occupying the centre stage while sharing the screen with Kareena's husband Saif Ali Khan. and the third, as a young actor.

Also Read
Sonu Sood offers this couple a trip to Goa as wife feels 'stuck with..

The best boys I know... Papa and Chintu uncle

Rishi Kapoor lost his life in Mumbai's Sir SN Reliance Foundation Hospital, succumbing to blood cancer that he was suffering from for the last two years. He was diagnosed with the disease in 2018 and was seeking medical treatment from a New York-based hospital.