Kareena Kapoor Khan took to her official social media handle to share a behind-the-scenes picture with Anil Kapoor calling themselves the OGs. Scroll down to read more in detail.

New Delhi | Jagran Entertainment Desk: Be it her personal life or the professional one, Kareena Kapoor Khan hardly ever fails to give her fans some scoop about her. Recently, the actress happened to tease everyone with a picture of herself with actor Anil Kapoor hinting about an upcoming project.

Yes, as per the picture's caption the duo will be seen featuring together in a jewelry brand's ad. Kareena took to her official social media handle to share her picture in her story. In the click, she was seen all decked up in a mango-coloured suit with traditional jewellery as she posed for the camera while one of her hands was placed on Anil's shoulder. Meanwhile, Anil Kapoor looked dapper in an ivory sherwani who was all smiles while getting clicked.

In the pic, Kareena wrote, "The OGS" and apart from Anil Kapoor, she even tagged the actor's designer daughter Rhea Kapoor and the jewellery brand. 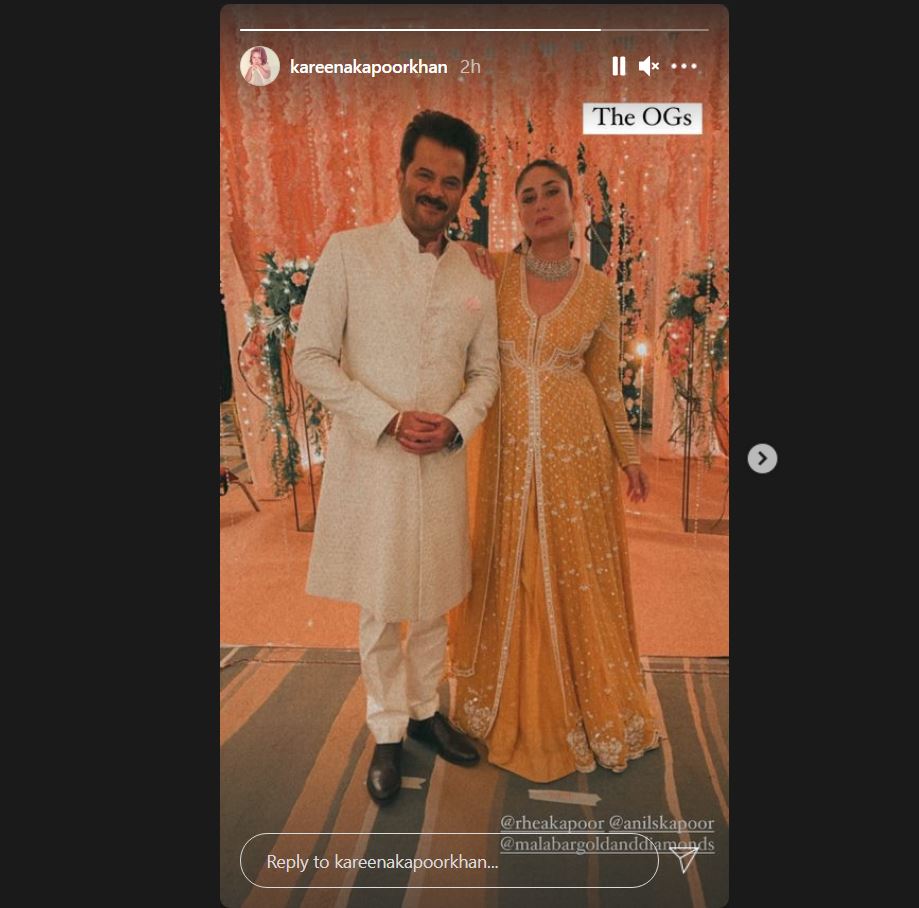 For the unversed, Kareena Kapoor Khan and Anil Kapoor have worked together in films like Tashan and Bewafa. And also, the two are going to feature together in Karan Johar's upcoming film Takht which is a period drama. If reports are to be believed, Kareena will play Anil Kapoor's daughter in the film.

Meanwhile, the actress was last seen in late actor Irrfan Khan's Angrezi Medium where she did a cameo and played a role of a cop. Bebo will next be featuring in Aamir Khan's Laal Singh Chaddha which is a Hindi remake of 1994 Hollywood blockbuster Forrest Gump, starring Tom Hanks.

The film stars Aamir Khan in the lead and will be released by the end of this year during Christmas.

On the other hand, Anil Kapoor's upcoming projects include multi-starrer Jug Jug Jeeyo which also has Varun Dhawan, Kiara Advani and Neetu Kapoor in pivotal roles. The shooting of the film has recently been finished.