Kareena Kapoor Khan took to her official social media handle to share her husband Saif Ali Khan's first look from his upcoming film Bhoot Police. Along with that, she even shared her Monday selfie in her Insta story. Read on to know.

New Delhi | Jagran Entertainment Desk: Kareena Kapoor Khan is one of the most Insta-friendly celebs who love to post and update fans about their life. Recently, the actress happened to share the first look of her husband Saif Ali Khan from his upcoming film Bhoot Police.

In the poster, Saif is looking kinda fierce with a smirk on his face. He is seen carrying what looks like a sceptre in his hand while wearing a leather jacket. Bebo captioned her image saying, "Don't fear the paranormal and feel 'Saif' with VIBHOOTI. #BhootPolice Coming soon on @disneyplushotstarvip."

Well apart from Saif's look, Kareena also took to her Instagram handle to share a Monday selfie of her own in her story. She wrote, "Not quite ready for Monday" 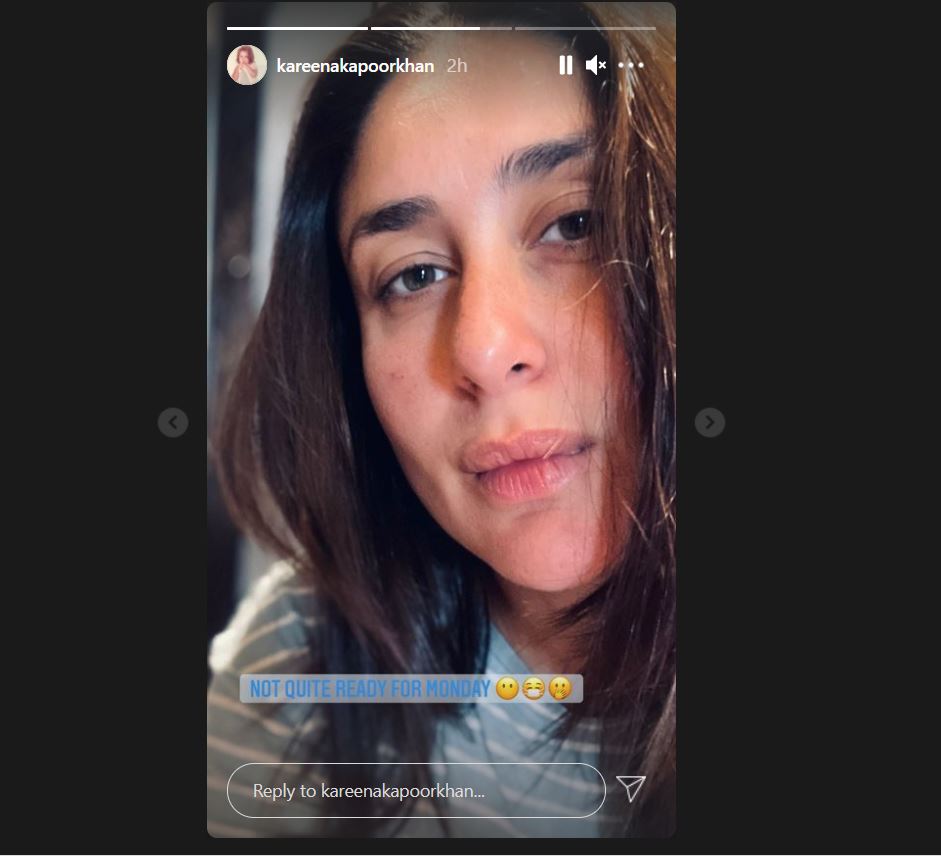 Kareena managed to look pretty even while having Monday blues. What say?

Meanwhile, talking about Bhoot Police, the film is a horror comedy and apart from Saif Ali Khan, it also stars, Jacqueline Fernandez, Yami Gautam, and Arjun Kapoor. The film is getting an OTT release like most of the movies now a days. It will be streaming on Disney+Hotstar platform.

A part of the film was shot in Himachal Pradesh's Dharamshala where Kareena and her bestie Malaika Arora joined the Bhoot Police team including their beaus Saif and Arjun respectively.

Meanwhile, on the work front, Kareena was last seen in a cameo appearance in late actor Irrfan Khan's 'Angrezi Medium'. She will now feature in Aamir Khan's 'Laal Singh Chaddha' which is based on the Hollywood blockbuster 'Forrest Gump' of 1994 starring Tom Hanks. The film is slated to release in Christmas this year. Apart from that, Kareena will also be starring in Karan Johar's multi-starrer 'Takht' which also has Anil Kapoor, Ranveer Singh, Janhvi Kapoor and more.

Also Read
UPMSP Board 12th Science Result 2021: UP Board to declare class 12th..