Kareena Kapoor and Amrita Arora slams the trolls who commented 'Buddhi' on their Instagram pictures.

New Delhi | Jagran Entertainment Desk: Bollywood actresses Kareena Kapoor, Amrita Arora, Karisma Kapoor and Malaika Arora always give us major friendship goals by sharing their stunning pictures, partying together and going on a vacation together. Apart from these things, these divas are also very supportive of each other. Recently, Amrita was age-shamed and body-shamed on social media and the actress slammed all the trolls. Kareena Kapoor and Malaika praised her for standing up against the trolls and shutting the trolls.

Amrita wrote, "I keep seeing this in comments! If n when I bother to check unless it's the one that comes up on top! So...buddhi is meant to be an insult?? Cos for me it's just a word... a word that means old?! Yes, we are older..n wiser..but you, are nameless, faceless, ageless? And so are your folks?". Kareena reposted Amrita's story on Instagram and wrote, "Way to go Amuuu". 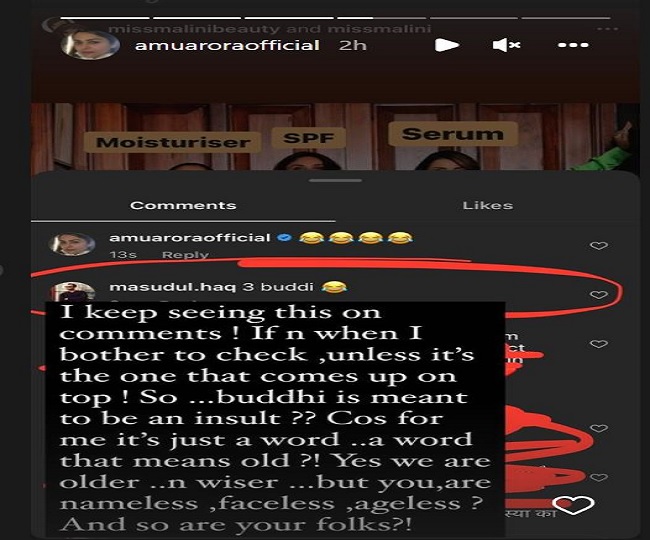 Amrita also talked about her weight gain in her Instagram story. She wrote, "Also got a lot of hate on my weight gain! I ow it...I love it..my weight is my problem! Since when has everything become everyone's issue! Ohh ya since social media gives...I give zero f'sss...so pls go on, n I'll name n shame! Ha!". Kareena reposted this story and wrote, "My lovely Amu". 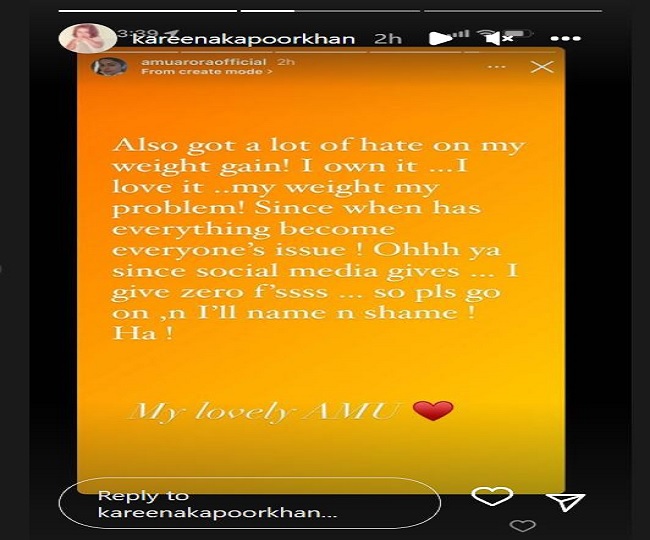 Amrita's sister and actress Malaika Arora also supported her and wrote, "You say it sis..Ur beautiful jus the way you are...N guys it's so damn uncool to fat shame anyone...Tch Tch". 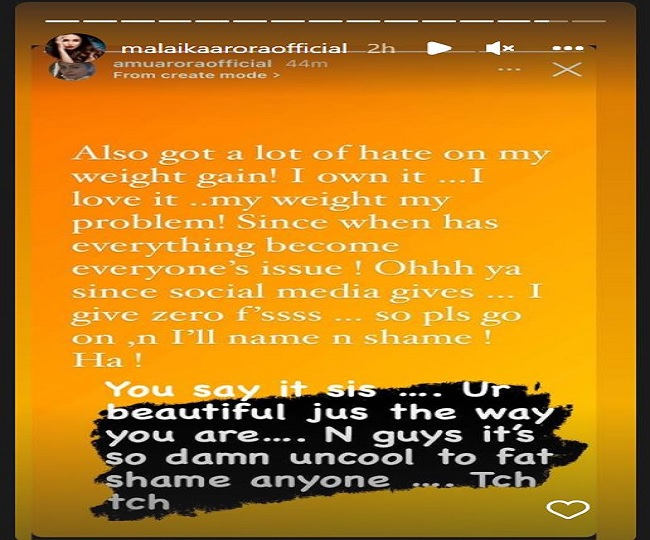 Kareena, Amrita and Malaika attended Karan Johar's 50th birthday bash and shared pictures on social media. Sharing the pictures, Kareena wrote, "This is Us. Where is Lolo? @amuaroraofficial @malaikaaroraofficial @therealkarismakapoor".

Karisma Kapoor didn't attend the party. Amrita also shared pictures with Kareena and Malaika and wrote, "The gift of flexxxxx ! @kareenakapoorkhan @malaikaaroraofficial !And for all asking, I’m wearing a custom made blazer dress by the one n only @manishmalhotra05! @karanjohar T’was a night to remember and @therealkarismakapoor we missed youuuuu".