In a video that is now going viral, Kapil opened up about his injury and the back pain which forced him to off-air his popular comedy show.

New Delhi | Jagran Entertainment Desk: Comedian Kapil Sharma is one of the most loved celebs in India as he makes everyone laugh even when the country was dealing with a deadly virus. However, not many know the pain behind this bright smile and cheerful nature. It all happened earlier this year when the comedian's popular show The Kapil Sharma Show went off-air, and around the same time, a wheelchair-bound pic went viral on social media platforms. Many were seen making fun of Kapil, but there were some who showed concern and raised the questions to know the truth behind the pic. 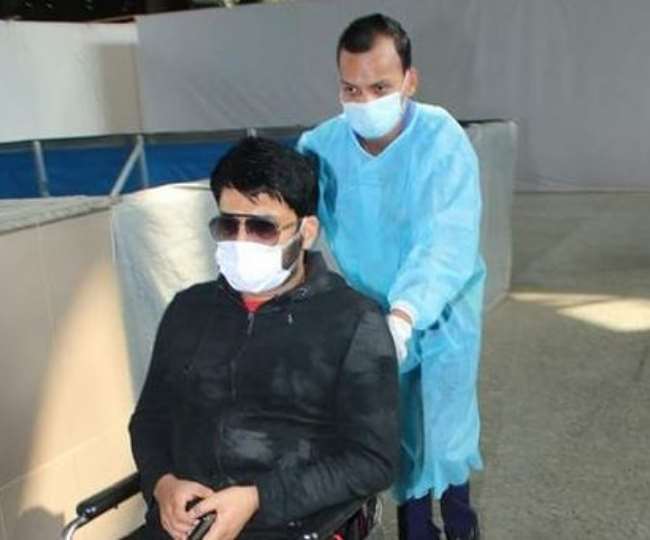 Also, ever since he made a comeback with a new season, people have been criticising him for his weight gain and bulging stomach. Often on the show, he was heard answering celebs that due to some medical issues he gained weight. Well, here Kapil was talking about his spine injury and back pain that he is suffering from for years.

In a video that is now going viral, Kapil opened up about his injury and the back pain which forced him to off-air his popular comedy show. He also revealed how people were concerned more about his weight while he was in pain and suggested ways to tone himself down, making him feel irritated. He said, " There is a drastic change in your behaviour. You start getting irritated out of helplessness. You can't get up from the bed. On top of all this, people starts saying if you'll keep lying on the bed you will start gaining weight! You should start liquid diet. I have faced all these, a lot of things."

With this video, Kapil indirectly addressed all the rumours doing around his weight gain, injury, and why he called off the show.

Kapil Sharma talked about his spine injury on the eve of World Spine Day and urged people to not ignore the signs that their bodies are giving.