Kangana Ranaut took to her official media handle to share the story featuring a screenshot from the Family Man 2's trailer where Samantha is dressed in an army-print uniform. Read on to know what she wrote.

New Delhi | Jagran Entertainment Desk: The Family Man 2's trailer starring Manoj Bajpayee in the lead, is gathering praises and how from everyone. Not just fans but even celebrities are going gaga over the starcast's performance in the 3-minute long video. And the latest one to join the bandwagon of the ones who are appreciating the film, is none other than Kangana Ranaut.

Yes, you read that right! Kangana actually praised South actress Samantha Akkineni's performance in the trailer. She was so impressed by her work that the actress took to her official social media handle and wrote, "This girl has my heart."

Kangana shared a screenshot of The Family Man 2's trailer where Samantha can be seen dressed in a camouflage-print uniform. 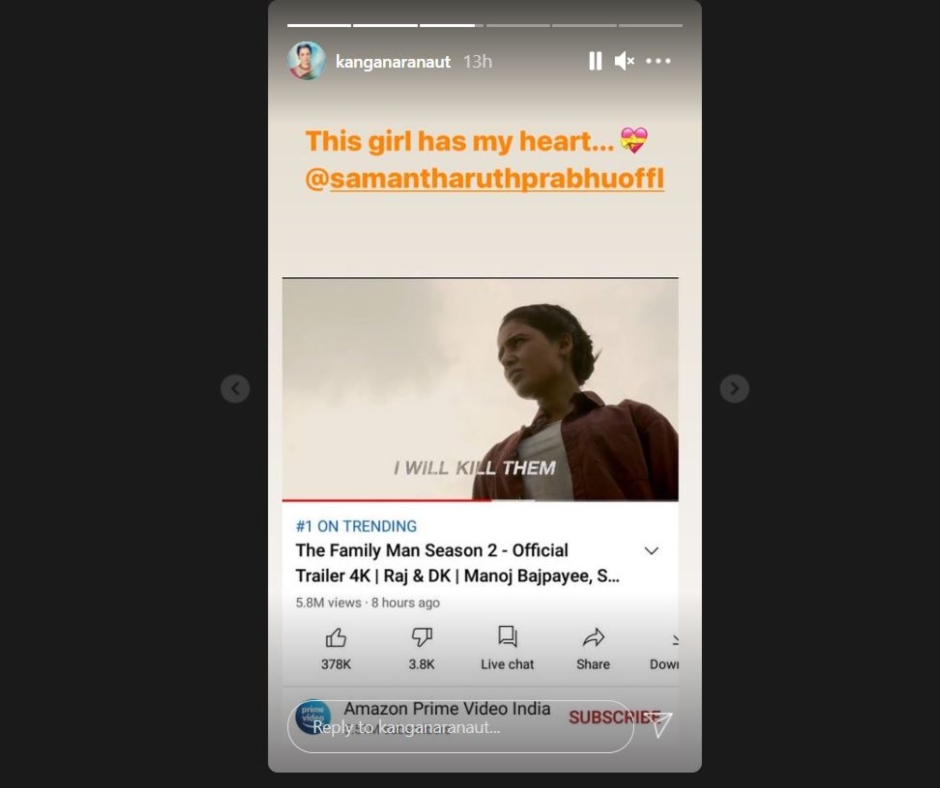 When Samantha came across a picture uploaded by Kangana, she reshared the screenshot on her social media writing, "Thank you." 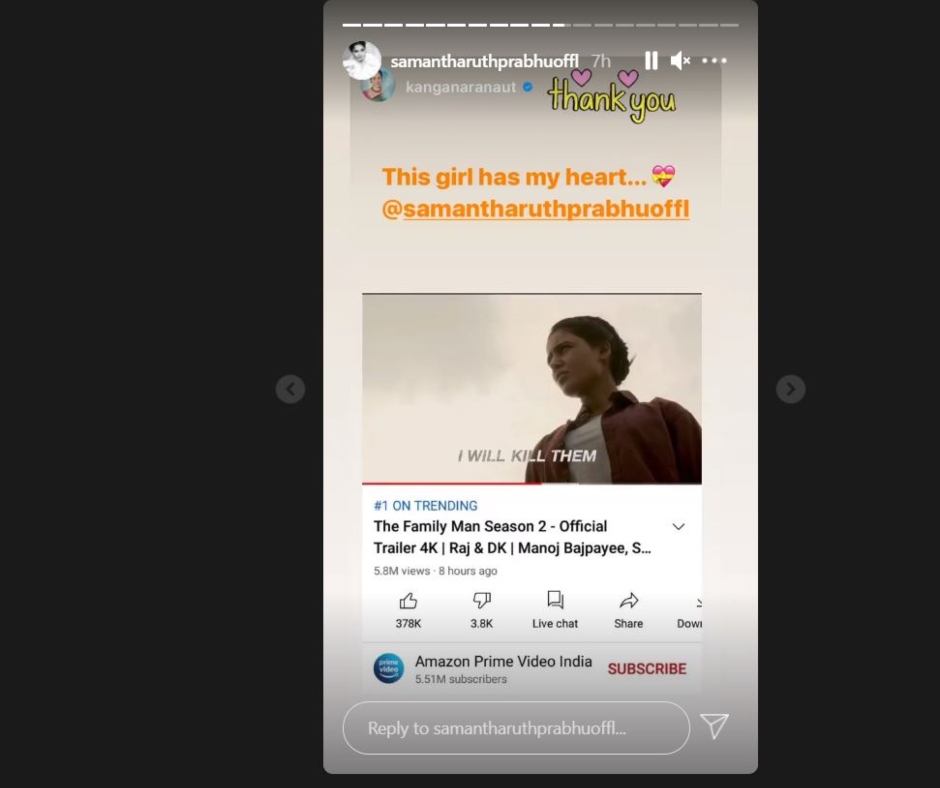 Earlier, Samantha praised Kangana for her performance in the trailer of the 'Queen' actress' upcoming film 'Thalaivi'. Meanwhile, this is Samantha's digital debut where she will be seen playing a Srilankan Tamilian named Raaji.

Fans are waiting with bated breath for The Family Man season 2 to air. The show will be available on OTT platform Amazon Prime Video. Meanwhile, talking about the webseries, it is an espionage-themed action-drama portraying the personal and professional life of Manoj Bajpayee's character Srikant.

On the other hand, many more Bollywood celebs praised the trailer of the series. Taapsee Pannu wrote, "So good! Sir u are outstanding !and @Samanthaprabhu2 can’t wait to see u on this new medium with this new look."

So guys, what are your thoughts about Kangana Ranaut's Instagram story? Do let us know.