Emergency actress Kangana Ranaut is back on the micro-blogging site, Twitter. Her account was suspended in 2020 following some controversial tweets. 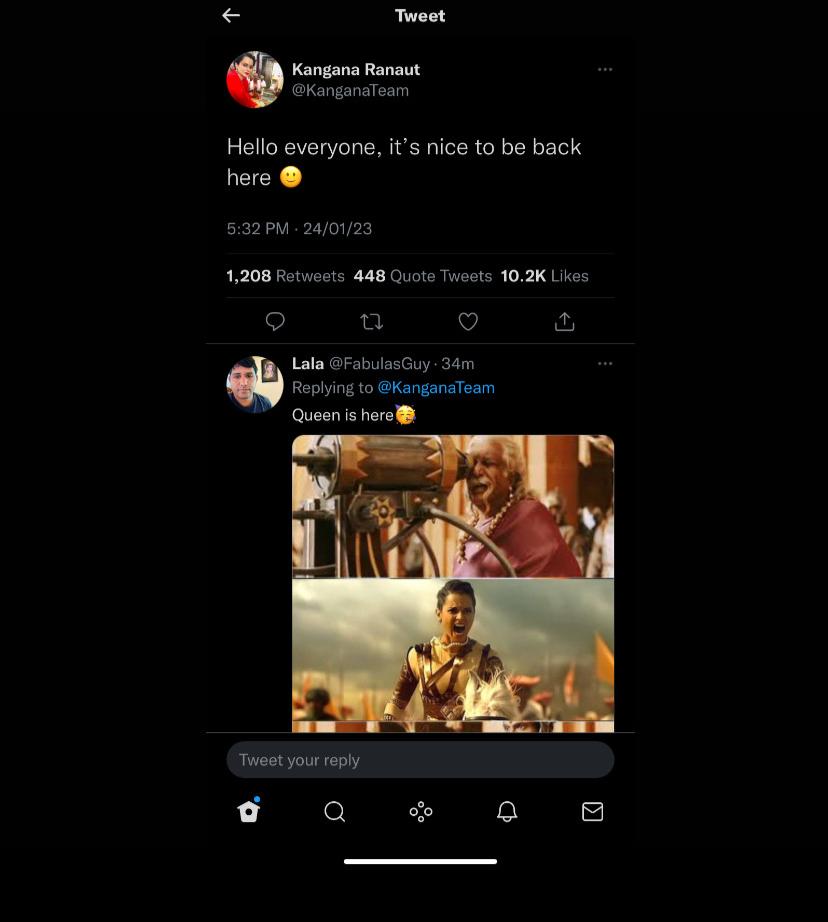 Soon after the post went viral, it received a lot of reactions from celebs as well as her fans. In another tweet, Kangana posted a behind-the-scene video of Emergency which is being bankrolled by her only. "And it’s a wrap !!! Emergency filming completed successfully… see you in cinemas on 20th October 2023," she tweeted. 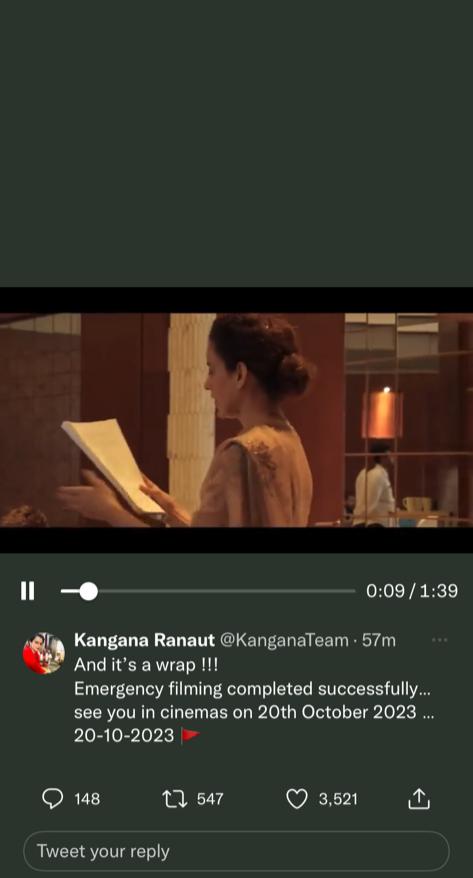 Kangana Ranaut's account was 'permanently suspended' for repeated violations of Twitter's policy. " According to HT, a Twitter spokesperson had said, "We’ve been clear that we will take strong enforcement action on behaviour that has the potential to lead to offline harm. The referenced account has been permanently suspended for repeated violations of Twitter Rules specifically our Hateful Conduct policy and Abusive Behaviour policy. We enforce the Twitter Rules judiciously and impartially for everyone on our service."

Kangana is currently gearing up for the release of her upcoming movie, Emergency. Recently, she revealed that she had to mortgage her house for making the movie. In her Instagram post, she stated, "As I wrap Emergency as an actor today… a tremendously glorious phase of my life comes to its full completion… It may seem I sailed through it comfortably but the truth is far from it… From mortgaging all my properties, every single thing that I owned to being diagnosed with dengue during the first schedule and having to film it in spite of alarmingly low blood cell counts, my character as an individual has been severely tested… I have been very open about my feelings on SM (social media) but I didn’t share all this, honestly, because I didn’t want people, who cared to worry unnecessarily and those, who desperately want to see me fall and were doing everything to make me suffer, I didn’t want to give them the pleasure of my pain…"