Janhvi Kapoor takes a dip in pool and strikes an unhappy pose with dad Boney Kapoor; here's why

New Delhi | Jagran Entertainment Desk: Janhvi Kapoor is one of the avid social media users and enjoys 13.1 million followers on Instagram. The Roohi actress keeps her followers on their toes by dropping scintillating pics. Recently she shared a post wherein she is enjoying a swim at night in an undisclosed location. Not just this, she also dropped a goofy pic with her father producer Boney Kapoor.

Taking to Instagram stories, she dropped a pic wherein Janhvi is looking lost in her thoughts as someone took her pic from the distance. 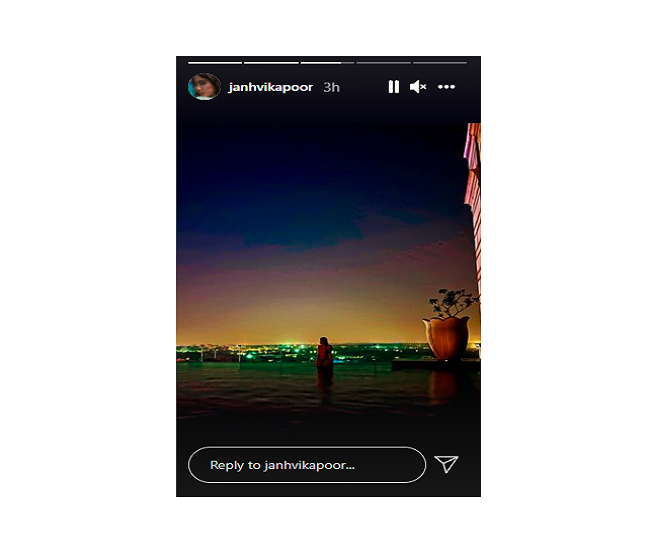 In another post, she can be seen sticking an unhappy pose with her father in casual wear while Boney is looking dashing in formals. She captioned this pic as “When you don't get the dress code memo,” along with an upside-down smiley. 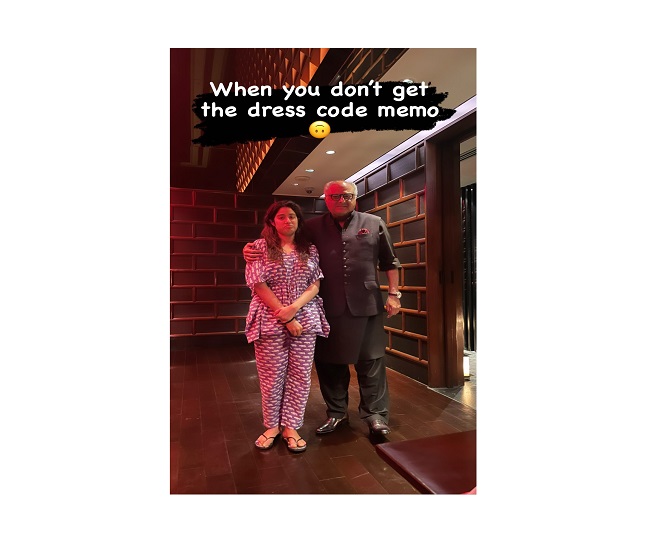 For the past few months, the actress is enjoying quality time with her family and friends. A few days ago, she went on a trek with her friends and shared a pic on her social media handle. She revealed that they trekked through a forest, visited a temple and even enjoyed a dip in a stream.

Not just this, during the trip she also got herself inked at her arm, "I love you my labbu". The tattoo seems to be dedicated to her mother veteran actress Sridevi.

On the work front, Janhvi was last seen alongside Rajkummar Rao and Varun Sharma in horror-comedy Roohi. Next, she will be seen in Karan Johar's Dostana 2, co-starring Laksh Lalwani, Anand L Rai's Good Luck Jerry, Hindi remake of Tamil film Kolamavu Kokila. The film is currently in the post-production stage, and at last, Mili, which is currently at the filming stage.

Janhvi marked her debut alongside Ishaan Khattar in Dhadak, helmed by Shashank Kaitan. The film was criticised by the critics, however, they praised Ishan and Janhvi's acting.