Janhvi Kapoor shares hair care routine in 'Ask Away' round with fans; here's how you can try it

Janhvi Kapoor was last seen in the film Roohi in which she was starred opposite Varun Sharma and Rajkummar Rao.

New Delhi| Jagran Entertainment Desk: Actress Janhvi Kapoor is enjoying her Sunday as she is doing the 'Ask Away' round with her fans. The Roohi actress enjoys a massive fan following of 10.2 Million followers on Instagram, and she never fails to entertain them. Now, in the interaction session with her followers, Janhvi shared her hair care routine and it will be a perfect pampering session for you this Sunday. Well, if you are wondering that this is going to burn a hole in your pocket, so let us tell you that is a homemade hair care routine that you can follow anytime.

Taking to Instagram stories, Janhvi posted a photo and added the 'ask away' tag in it. She also added a sticker that read, "Let's do this." One of the users asked her about her hair care routine in the Q &A round.

In response, Janhvi posted a small video in which she had the homemade hair mask on and she added the emoji of the ingredients that she used in her hair mask. Well, from this, it makes it clear that the secret behind her beautiful tresses are three ingredients that are-- egg, avocado, and honey. 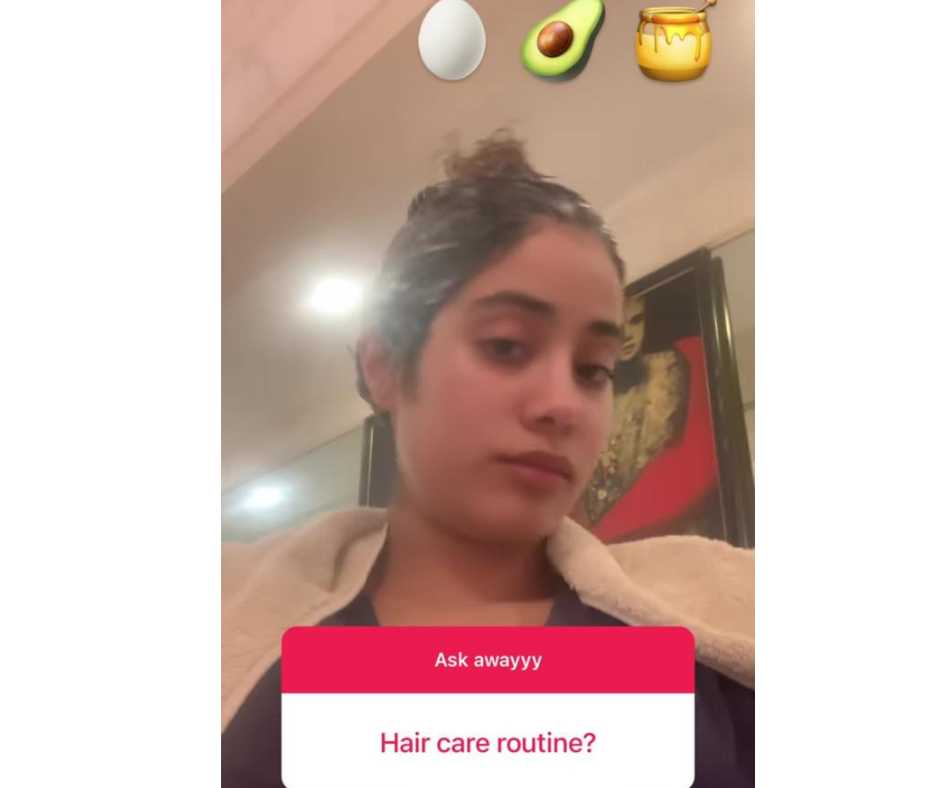 Here's how you can try this hair mask:

Step 1: You need to take a half-ripe avocado and you need to mash it well.

Step 2: Now take 1 tablespoon of honey and add in the avocado mix.

Step 3: Take 1 full egg and add it to the honey and avocado mix, stir it well.

Step 4: Now, apply this mask for half an hour and wash it well.

Step 5: Now you need to air-dry your hair and ta-dah! you are done.

Meanwhile, on the work front, Janhvi Kapoor was last seen in the film Roohi in which she was starred opposite Varun Sharma and Rajkummar Rao. She has several films in her kitty including Good Luck Jerry, Dostana 2, among others.