In 83, Harrdy Sandhu will be essaying the role of former Indian cricketer Madan Lal, who was also a part of the Indian team in 1983 when the Men in Blue lifted the Cricket World Cup for the first time under Kapil Dev's captaincy.

New Delhi | Jagran Entertainment Desk: Harrdy Sandu is one of the most popular and loved Punjabi singers of the music industry. Several of his superhit songs including Soch, Naah Goriye, Titlian Warga were recreated in Bollywood movies. Harrdy Sandhu also starred in films including Yaraan Da Katchup and Mera Mahi NRI. Sandhu will be making his Bollywood debut with Kabir Khan's 83 also starring Ranveer Singh and Deepika Padukone. In 83, Harrdy Sandhu will be essaying the role of former Indian cricketer Madan Lal, who was also a part of the Indian team in 1983 when the Men in Blue lifted the Cricket World Cup for the first time under Kapil Dev's captaincy. 83 will be based on Kapil Dev's life, whose role will be portrayed by Ranveer Singh in the movie. 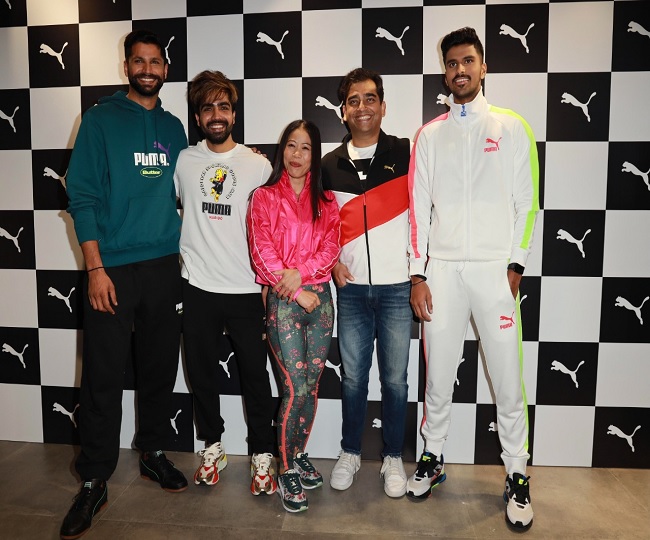 Opening up about his experience in the film, Sandhu, who was also a cricketer earlier, said that working with such big names in the industry is always inspiring. Though we faced some difficulties while shooting at remote locations but the team and crew of the film made those difficulties special, Sandhu said.

Here are the excerpts from Harrdy Sandhu's chit chat with Jagran News Media.

Q: What are your thoughts on playing Madan Lal's role in 83? How difficult it was for you to imitate his bowling action?

A: Since I have been playing cricket all my life, it is not difficult for me to put myself into the role of a cricketer. Talking about his bowling action, so it was one of the most difficult bowling actions to imitate but I have played under him during my cricketing days as he was my bowling coach at the National Cricket Academy. So, it doesn't take me long to get into his shoes, how he bowls, walk and talk. It was a learning experience for me to play my coach and I hope that I did justice to the role.

Q: How was your experience working with Ranveer Singh and Deepika Padukone?

A: Working with Ranveer Singh was an inspiring and motivating journey for me. He is one of the most energetic actors I have worked with. I noticed how much effort he puts into his acting and every other thing. I learned so much from both of them and we had a lot of fun on and off the sets. I wish both of them for their future endeavours and obviously for our upcoming film 83.

Q: How difficult it was to prepare for the role? Also, tell us about your experience as a cricketer on and off-screen.

A: To be very honest, I think God made me play cricket for 10 years so I can just play the role of my coach in this film. It wasn't difficult for me to portray the role of a cricketer because I still have cricket in my body. During the four months of the shoot of the film, we played cricket almost all the time and it wasn't difficult as I was a professional cricket before taking up singing. So, I enjoyed a lot while playing cricket after so much time. It was a bit difficult off the field as we were shooting in such areas where there were no restaurants or anything. But once we returned from those places it was fine and the whole team enjoyed the shoot as well.

Speaking about Puma's store, Harrdy Sandhu said, “PUMA’s fashion-forward as well as comfort first DNA is in sync with today's generation and they have always been at the forefront of trend-defining concepts be it in the world of footwear or clothing, making me a legit follower of the brand. I am super stoked to be a part of the launch of their largest store in the region and I wish all the luck to PUMA's team".