New Delhi | Jagran Entertainment Desk: Katrina Kaif and Vicky Kaushal are hitting the headlines ever since the latter expressed the wish to date the Tiger Zinda Hai actress on Karan Johar's show Koffee With Karan. Though they never accepted the rumours but were often seen together attending events such as Diwali. Now, Anil Kapoor's son Harsh Varrdhan Kapoor spills the beans on their dating rumours.

Recently, in an interview with Zoom's By Invite Only, Bhavesh Joshi actor was asked to reveal one Bollywood relationship rumour which is true or a PR move. To this, he said, "Vicky and Katrina are together, that's true." However, immediately he regretted revealing it, "Am I going to get in trouble for saying this? I don't know. I think they're quite open about it."

The alleged couple has always stayed mum on this subject. Once in an interview in 2020, he was asked if he is dating Katrina, to which he said, "I hope you respect this. I really want to guard my personal life to some extent because if you open up, it leads to discussions and interpretations and misinterpretations. That is something I am not inviting.”

Lately, in a report of Times of India, ETimes photographers captured Uri actor at Katrina's building. The actor entered the residence at 3:30 pm and left at 8:30 pm. In a video posted on the ETimes's Instagram handle, Zero actresses driver can be seen making a way out for Vicky's car to leave the society.

They are often seen engaging on social media by either posting birthday wishes or commenting on each other's posts. In 2019, the alleged couple was also spotted at a Diwali party wherein Katrina was seen adorning red traditional attire while Vicky complimented her with an off-white traditional outfit. The pic of the same also went viral on all entertainment portals. 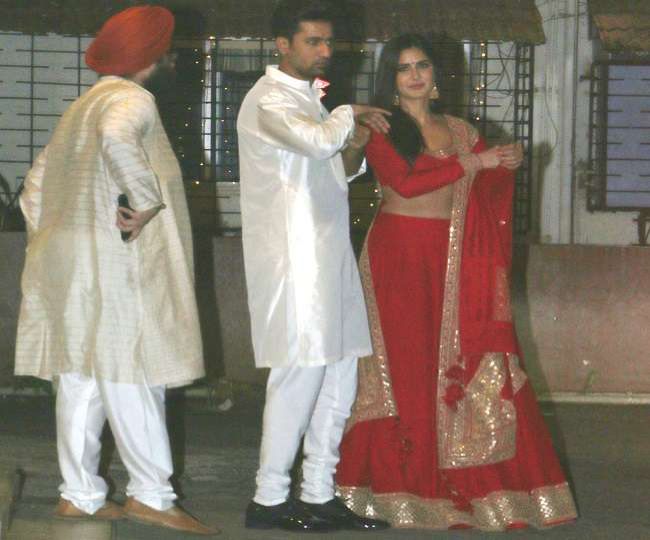 On the work front, Harsh Varrdhan made his acting debut in Bollywood with Rakeysh Omprakash Mehra's Mirzya, co-starring Saiyami Kher. The film received mixed response both from critics and the audience. The actor was last seen in 2020 in AK vs AK as himself. He will next be seen in Ray, co-starring Manoj Bajpayee, Ali Fazal, Kay Kay Menon and Gajraj Rao, among others.