Rajiv took to his Instagram handle to share pictures with Rhea and captioned it as "My Girl".

Later, Rajiv took to his Instagram handle to share pictures with Rhea and captioned it as "My Girl". However, it seems like this caption didn't go down well with the netizens and they bombarded his comment section with nasty comments.

After facing backlash on social media, Rajiv has now deleted the post and has issued a clarification over "My Girl". Calling Rhea Chakraborty his 'dear friend', Rajiv's statement read, "I seem to have created unnecessary trouble with my irresponsible choice of words on a post. Rhea is a dear old friend, and I'm happy to meet her again, & I wish her well."

In the now-deleted post shared on social media, Rajiv and Rhea were seen happily hugging and posing for the pictures. Well, this was the first gathering after her alleged boyfriend-actor Sushant Singh Rajput. 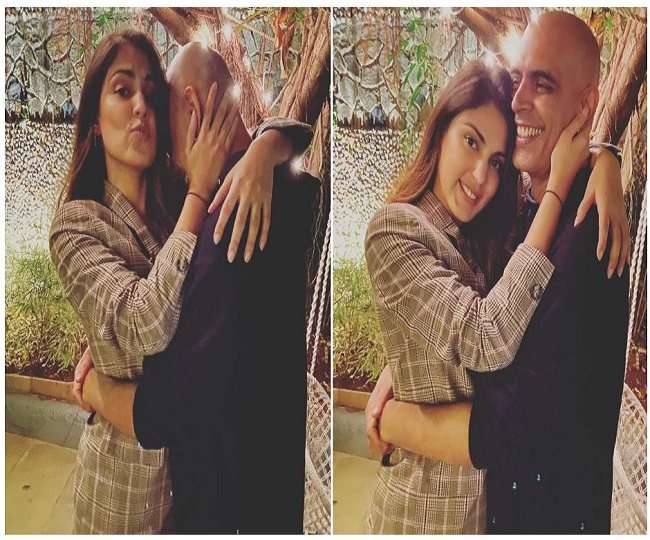 On the work front, Rhea Chakraborty will be seen in the film Chehre co-starring Amitabh Bachchan and Emraan Hashmi. The film helmed by Rumi Jaffery was supposed to hit the theatres on 17th July 2020, however, due to pandemic, the film was pushed to 2021 release.

Recently, speaking to Mid-Day, filmmaker Rumi Jaffery spills the beans on Jalebi actress' come back to the silver screen and said that she will "bounce back".

Meanwhile, Rhea and her brother Showik Chakraborty were granted bail by Bombay High Court after NCB (Narcotics Control Bureau) arrested them in September. The Sister-brother duo was arrested on charges of 'possession, purchase and use' of drugs, which the agency investigated as a link to actor Sushant Singh Rajput's death. Rhea was released on 4th October after spending a month in jail.