Soha Ali Khan and Kunal Kemmu's daughter Inaaya was seen adorning a pink coloured long dress and curled her hair. She completed her look with a matching hairband.

New Delhi | Jagran Entertainment Desk: Soha Ali Khan and Kunal Kemmu's daughter Inaaya Naumi Kemmu has turned a year older on Wednesday. And on her fourth birthday, her darling parents hosted a 'unicorn-themed' party. The party was attended by family and close friends, including Kareena Kapoor Khan with his two sons Taimur and Jehangir Ali Khan, Neha Dhupia with her daughter Mehr and Ibrahim Ali Khan.

Inaaya was seen adorning a pink coloured long dress and curled her hair. She completed her look with a matching hairband. Earlier in the day, Soha shared the glimpse of Inaaya's dress on her Instagram handle and even dropped a picture of the signboard, which read, "Welcome to Inaaya's Unicorn Land." 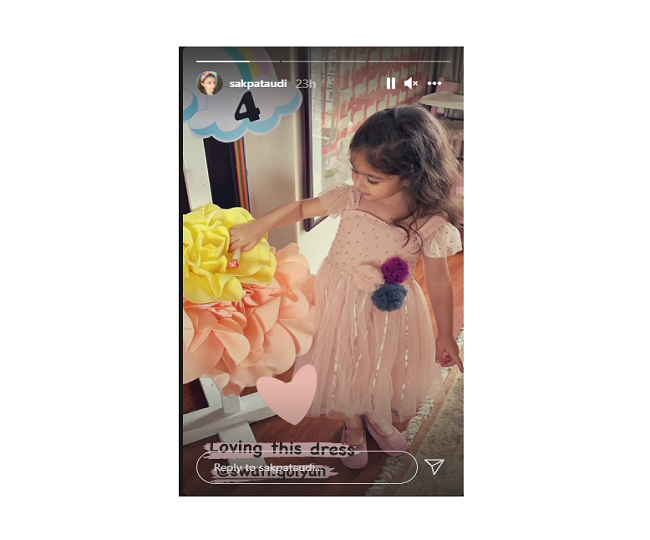 Later, celebs at the party also shared several pics on their Instagram stories, in one of the pics, Kareena dropped a pic of her son Taimur giving a birthday hug to his baby sister Inaaya. In the next post, Kareena reshared Ibrahim's post, wherein Taimur is seen having a matching 'tattoo' with his elder brother. Ibrahim captioned this image as "Only person I'd get matching tattoos with." 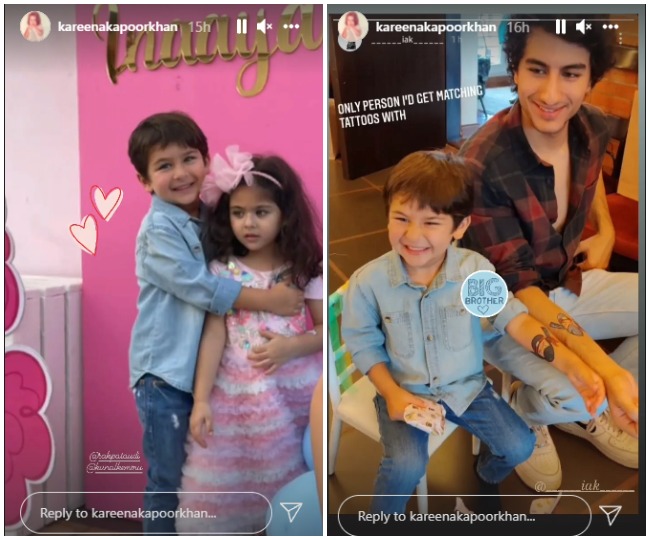 Neha Dhupia also shared a glimpse from the party and of birthday girl Inaaya enjoying with her friends including Mehr. She dropped a boomerang video wherein Inaaya is sitting on the chair while Mehr plants a kiss on her forehead. In another Mehr is seen sitting on a white chair, adorning a beautiful colourful ribbon hair clip. 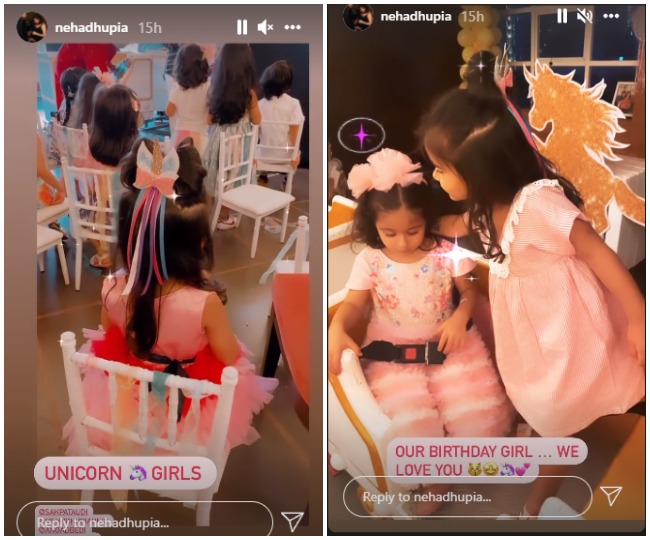 Neha also shared pics with the birthday girl's mother Soha and friend Kareena. Check out below: 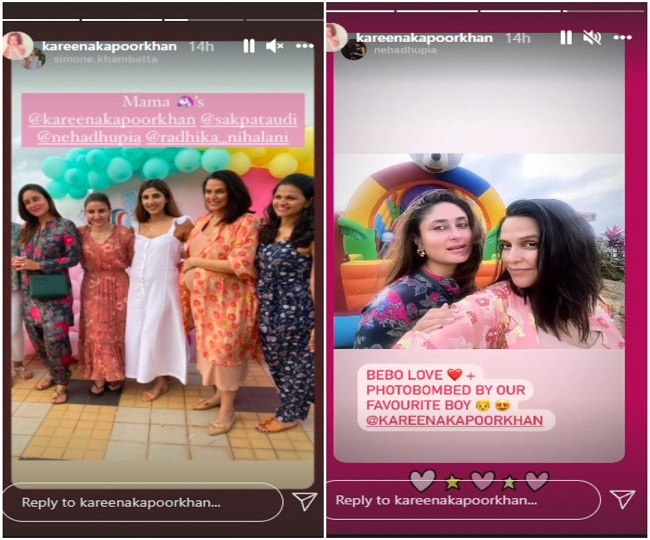 After celebrating a hearty birthday yesterday, Soha Ali Khan dropped a video on her Instagram story today. In the video, Inaaya is seen sitting on the bed surrounded by gifts, including a cycle, dolls, clothes, etc. Sharing the video, Soha wrote, "Morning after..." 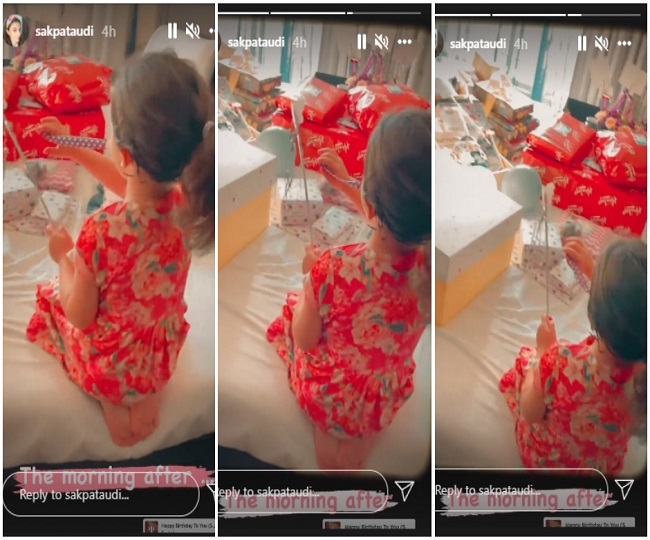 Inaaya shares a great bond with her cousin Taimur and is often seeing spending their days together. Once Soha revealed to a leading daily that Inaaya tries to copy her older brother and wants to be faster than him. "Inaaya listens to Taimur a lot, she tries to copy whatever he does and wants to be faster than him. As they say, when you have an older sibling, you try and learn faster,” Soha was quoted saying.