Malaika Arora and Arjun Kapoor gave their fans a peek inside how they spent their Saturday. Taking to Instagram Stories, Arjun shared a candid monochrome picture of Malaika.

New Delhi | Jagran Entertainment Desk: Celebrity couple Malaika Arora and Arjun Kapoor gave their fans a peek inside how they spent their Saturday. Taking to Instagram Stories, Arjun shared a candid monochrome picture of Malaika. In the picture, she could be seen looking away from the camera as she sat opposite Arjun at a table for their meal. She opted to dress casually and wore a black tank top with her hair tied in a ponytail. Arjun, the man behind the camera, didn't caption the picture but wrote 'Saturday' and tagged Malaika. 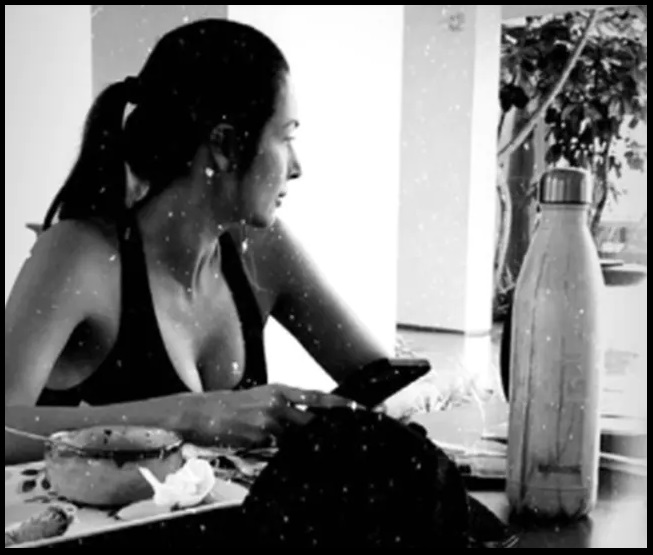 On the other hand, Malaika posted a shirtless picture of Arjun. Posting the monochrome photo on her Instagram story, Malaika added a loving heart to it. Reacting to the picture, Arjun wrote, “Best photographer ever." 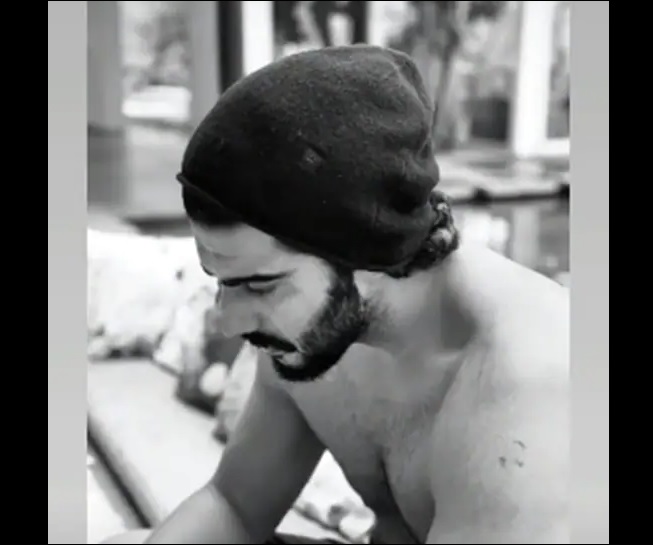 Arjun and Malaika often share glimpses of their weekend meals together. Earlier this month, Arjun had shared a picture of Malaika with her food and wrote, "The pasta and the maker. @malaikaaroraofficial." Malaika, too, had shared several photos of the same and captioned it, "Can't go to Italy. Bring Italy home." 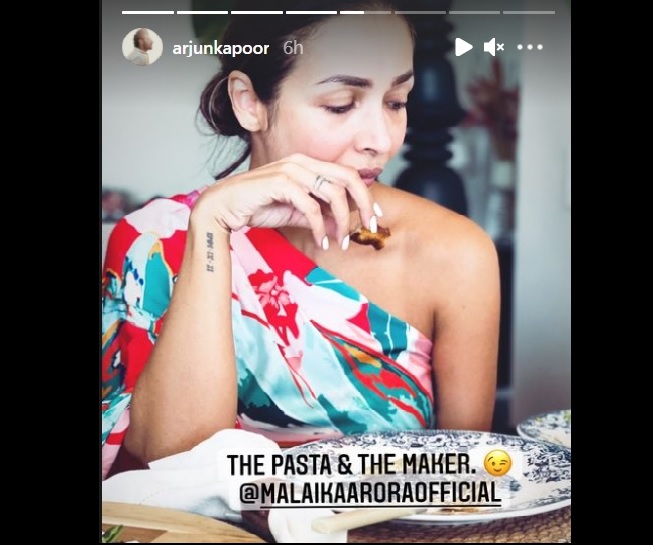 Arjun and Malaika have been in a relationship for a long time now. However, they made their relationship official via Instagram on Arjun's 34th birthday in 2019. Furthermore, during an interview with radio host Sidharth Kannan, Arjun spoke about Malaika, "My girlfriend knows me inside out from that way. Even if I hide, she can spot if I've had a rough day or there is something amiss or if I'm in a good mood, she can spot it easily."

On the professional front, Arjun last featured in Netflix's Sardar Ka Grandson, also starring Neena Gupta and Rakul Preet Singh. He will next be seen in 'Bhoot Police' with Saif Ali Khan, Jacqueline Fernandez, and Yami Gautam. On the other hand, Malaika was last seen as one of the judges in the dance reality show 'India's Best Dancer', alongside choreographers Terence Lewis and Geeta Kapur. She will next be seen judging Supermodel Of The Year 2.