In pics: Kareena Kapoor Khan and Karisma Kapoor share a glimpse from their shoot

Both Kareena Kapoor Khan and Karisma Kapoor took to her official social media handle to share a glimpse of their shoot on their Instagram stories. Read on to know more.

New Delhi | Jagran Entertainment Desk: Kareena Kapoor Khan is on a roll as she working on back-to-back projects and keeps sharing about her work including ad films on her social media handle. And now on Thursday, the 'Good Newwz' actress gave a glimpse of her latest shoot with sister actor Karisma Kapoor.

Yes, apart from Karisma, filmmaker Punit Malhotra was also featured in the picture which she shared on her official Instagram handle. In her Insta story, Kareena was seen posing with Karisma and Punit. She captioned the picture, "Sir your the best", followed by several emojis and tagged @therealkarismakapoor @punitdmalhotra @netmedsofficial @dharma2pointo. 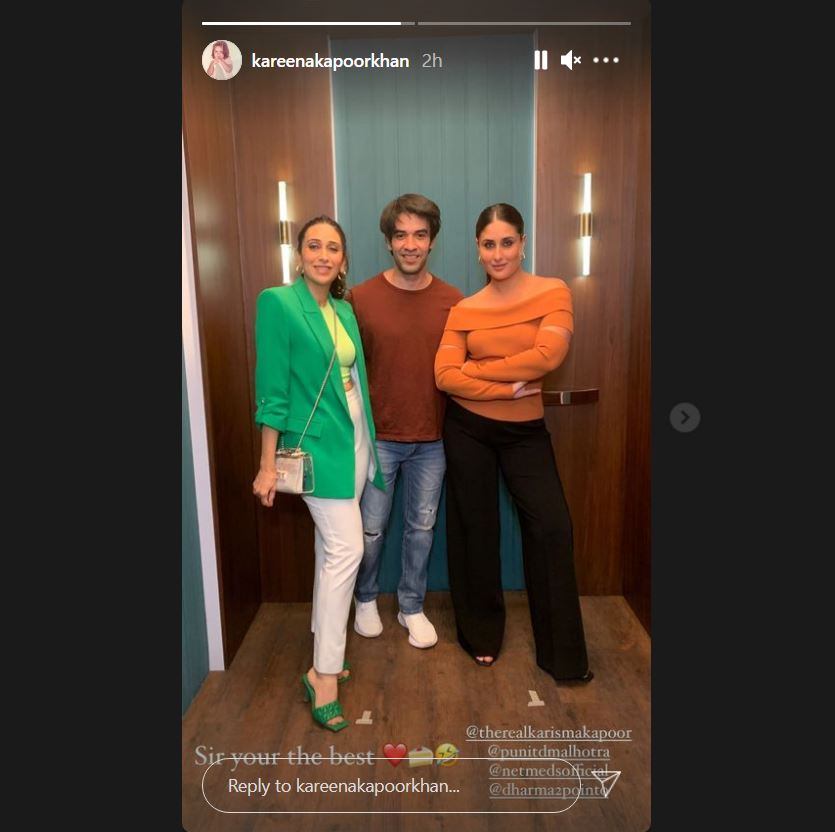 She even shared a post uploaded by Karisma where the two sisters are striking a pose together for the camera. In the pic, Kareena is seen in an orange dress and white footwear while Karisma opted for a crop top with black pants.

Karisma had captioned her post, "Always special shooting with bebo something exciting coming soon @netmedsofficial @kareenakapoorkhan @punitdmalhotra @dharma2pointo." Sharing Kareena's Instagram Story from her account, she wrote 'fun day'. Reacting to her post, Punit wrote, "Finally got to work with you maam. And loved the graph @therealkarismakapoor @kareenakapoorkhan." 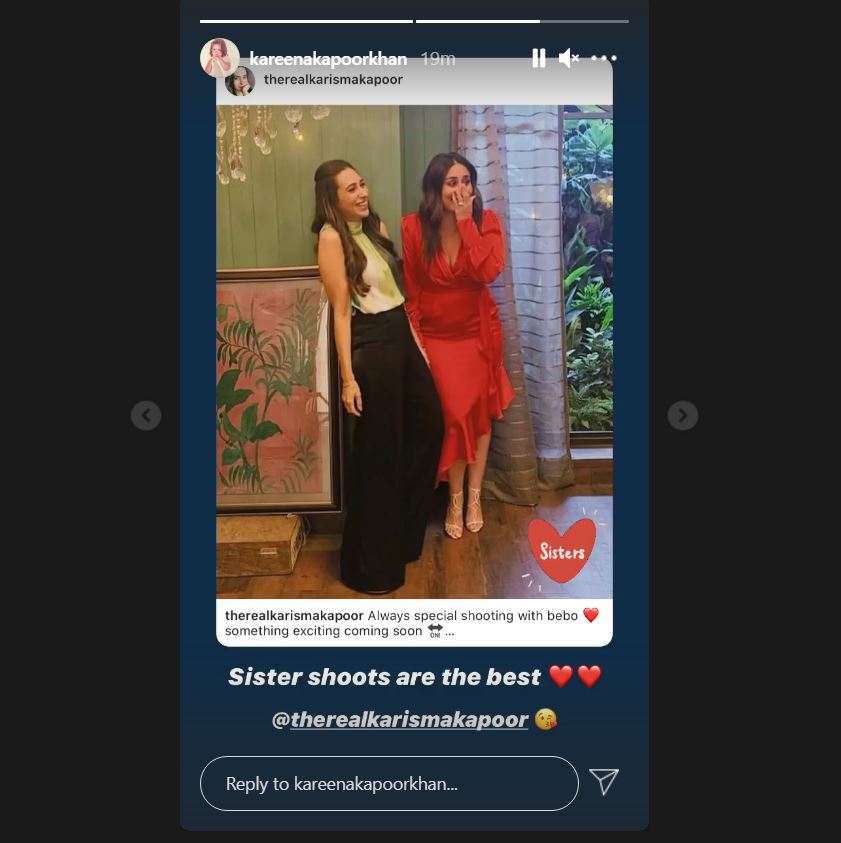 Posting a picture with the Kapoor sisters, Punit too shared a glimpse of his shoot saying, "Oonchi hai building, lift teri band hai The funnest shoot with the loveliest @therealkarismakapoor & my favourite @kareenakapoorkhan." Re-sharing Kareena's story he wrote, "That's you maam... aap sab ki favourite ho (you are everyone's favourite)."

Meanwhile, on the work front, Kareena will next be seen in Aamir Khan's Laal Singh Chadha which is a Hindi remake of the 1994 Hollywood blockbuster, Forrest Gump, starring Tom Hanks. The film will release by the end of this year during Christmas.