Parineeti Chopra kickstarted her beachy vacay four days ago, and since then, she has been giving her fans a virtual tour of the picturesque destination.

New Delhi | Jagran Entertainment Desk: Finally! Parineeti Chopra is on a break after treating the audience with three releases, namely Saina, Girl On The Train and Sandeep Aur Piny Faraar, amid the COVID-19 pandemic. The actress is holidaying with her family in the Maldives, and seeing her pics, one can say that she is having a blast in the island nation. Not just this, her pics have attracted some amazing comments by big sis Priyanka Chopra leaving netizens in splits.

Taking to her Instagram handle, Parineeti turned up the heat in cyberspace after dropping a pic in a hot red swimwear. The actress looked elegant as she shared a selfie relaxing on the dock. However, what caught our attention was Priyanka's comment on her post. Recalling Pari's comment on her bikini pic global actress wrote, "Aha! Inspired maybe??!" 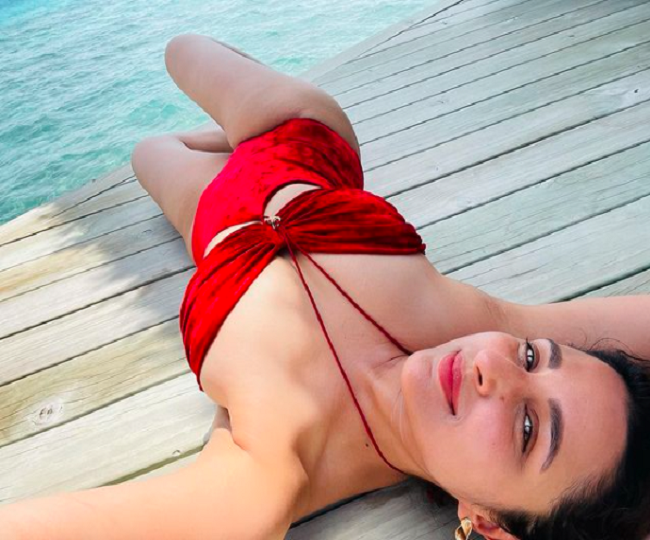 Recently, the actress turned water baby as she relaxed inside a pool in a yellow monokini. She captioned the post as "Peace". Well, indeed the Parineeti is at a peace after giving three back to back movies to her fans.

Earlier, she dropped a video, wherein she along with her brother Shivang is crooning to Kalank's title track. Along with a video, she also wrote a heartwarming caption telling sharing her childhood memory. She wrote, "We’ve been singing together since we were 8 .. went to music school together .. now we can predict each other’s moves while singing!"

Parineeti Chopra kickstarted her beachy vacay four days ago, and since then, she has been giving her fans a virtual tour of the picturesque destination. 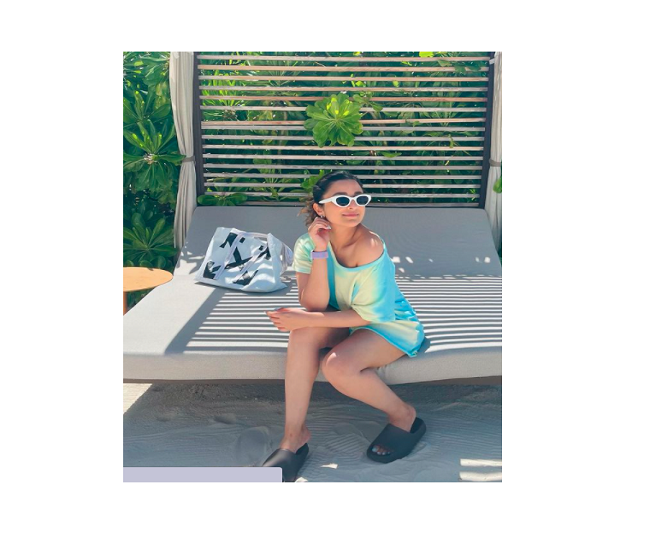 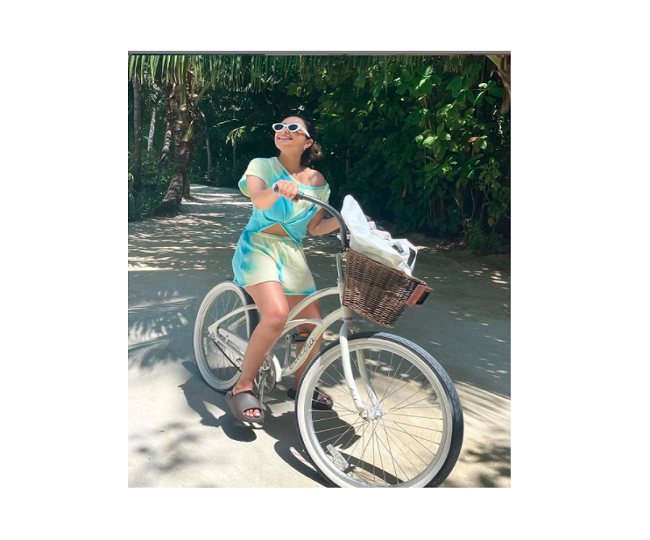 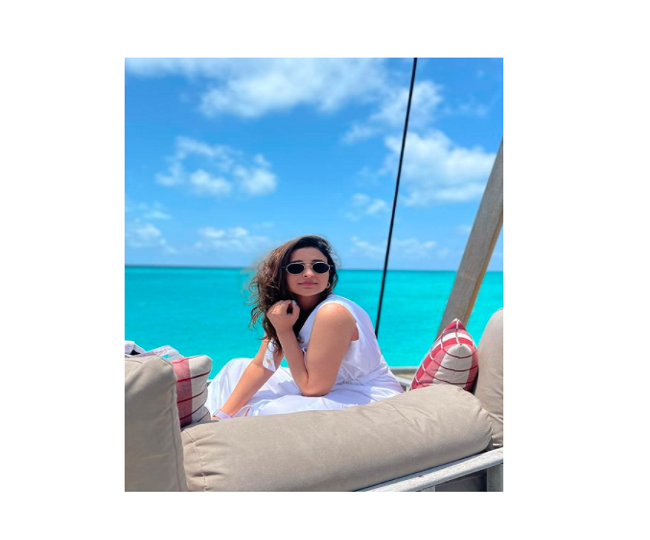 On the work front, Parineeti will be next seen in Ribu Dasgupta's untitled in 2022. Last, she was seen in Saina Nehwal's biopic named Saina. For the film, she received immense applaud from both critics and the audience.