Sushmita Sen's story is somewhat similar to Cinderella but in this story, she herself played the role of the godmother and did all the jugaad things to grace the stage with her looks and her iconic gown, read on to know more.

New Delhi| Jagran Entertainment Desk: Actor Sushmita Sen has turned 45 today on Thursday. To get the party started, we bring you one of the amusing stories from her Miss India days and the journey of how she became Miss Universe in 1994 with not just her beauty but with her Indian jugaad.

Sushmita Sen's story is somewhat similar to Cinderella but in this story, she herself played the role of the godmother and did all the jugaad things to grace the stage with her looks and her iconic gown.

According to reports, Sushmita on the eve of Miss Indian finale wore a gown that was made out of curtain cloth because the actress couldn't afford to buy an expensive gown and thus she got it stiched from a local tailor. 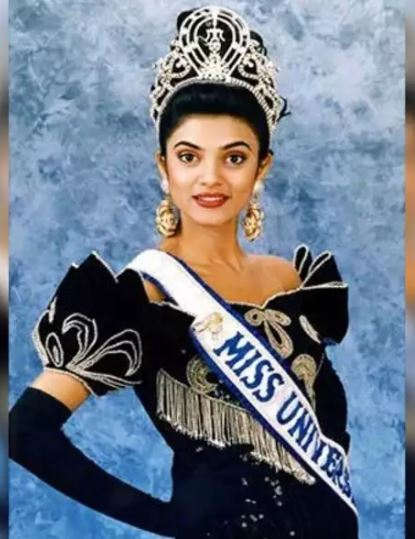 Not only her gown was made out of jugaad but her gloves too were made with some creativity as she used socks and styled it up with some lace that she bought from Sarojini Nagar market in New Delhi. Sushmita became Miss Universe in 1994 when she was just 18 years old.

She adopted Renee in 2000 and Alisah in 2010. She has been dating model Rohman Shawl for a while now and has even introduced her daughters--Renee and Alisah--to him. Together, they now make a perfect family unit and are often spotted enjoying festivals, vacations, and family events with each other.

Sushmita in an interview said that she made the best decision of her life at the age of 24 when she decided to become a mother, she said that it helped her to stabilize her life. "People think it was a great act of charity and wonderful action but it was self-preservation. It was me protecting myself.”