Mira Rajput took to her social media account to share a picture of herself with her husband Shahid Kapoor who turned 40 today. Read on to know more

New Delhi | Jagran Entertainment Desk: Shahid Kapoor is ringing in his 40th birthday today and right from his fans to industry friends, everyone is pouring their wishes for the actor. But the one which easily caught our attention for being oh-so-cute was his wifey Mira Kapoor's wish. Yes, Shahid's wife took to her social media handle to share a romantic photo of herself kissing the actor on his cheek and wrote, "I like me better when I’m with you .... Happy 40th to the love of my life. Any wiser and I’m in trouble. Lucky me you don’t look it and lucky you, I don’t show it. I love you baby."

Aren't the two looking beautiful together?

As soon as she dropped the picture, the couple's fans could not stop gushing over the post. Everyone started sharing their love on this pic by wishing the actor while some even commented with heart emojis.

Later Mira also shared another monochromatic still of her hubby where he can be seen posing from a swimming pool. She captioned this image saying, "Shine on. Be one with the Light."

Shahid Kapoor and Mira Rajput Kapoor got married in 2015 and are blessed with two kids, daughter Misha who is 4 years old, and son Zain Kapoor who is 2 years old.

While Kiara Advani shared a picture on her Instagram story and wrote, "Happy birthday SK!" 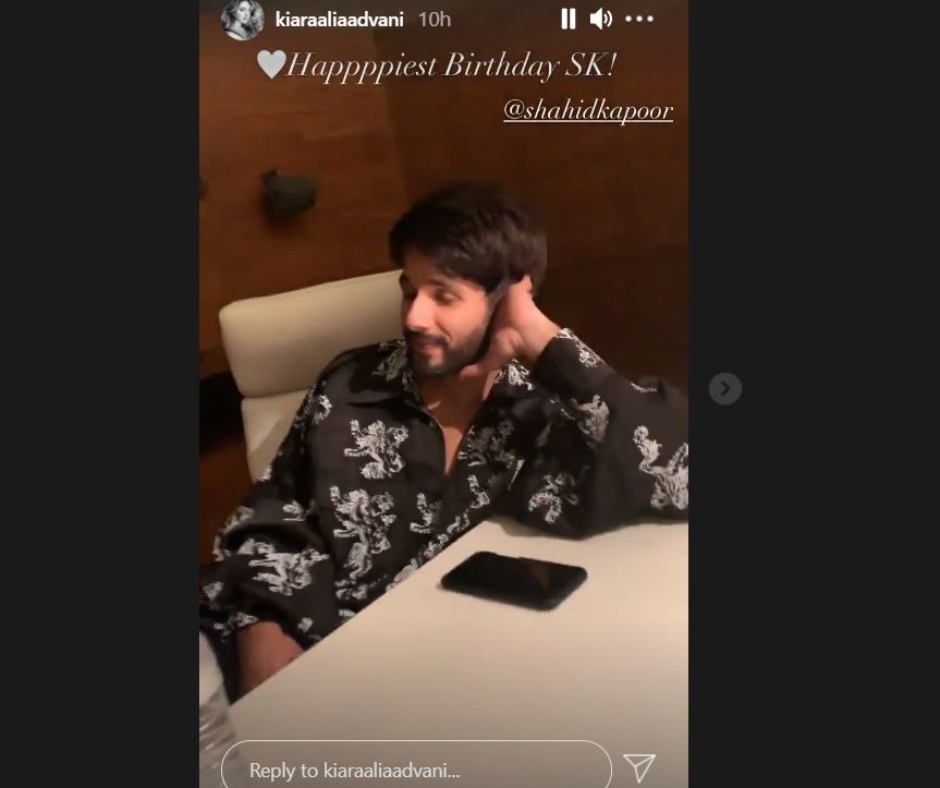 Meanwhile, on the work front, Shahid Kapoor's upcoming film will be 'Jersey' which is based on cricket and is a remake of 2019 Telugu film of the same name. The film which is releasing in August also stars Mrunal Thakur.