Friends: The Reunion is streaming in India on Zee5. In the United States and Europe, the reboot is being streamed on HBO Max.

Mukul Sharma: Monica’s apartment number 20 at New York’s 495 Grove Street developed itself into an iconic address of its own kind during the years when NBC’s FRIENDS first ran on television. Seventeen years after Monica and her friends went to have the coffee for one last time, FRIENDS came back where they belonged – into Monica’s apartment and the one across it. And as Ross (David Schwimmer) started off saying in over one and a half hour-long reboot of iconic sitcom: ‘It’s beautiful!’

The apprehensions about reboot stealing the cold from the original show turned nothing more than an unrelatable or rather an erratic brand of fiction which always clouded the show. Because FRIENDS: The Reunion which actually started streaming across the world this May 27, triggers emotions and nostalgia in equal proportions. It doesn’t just make you relive the best of the frames of those 236 episodes but rather connects you with show’s star-cast at a deeper emotional level, which answers the great old question: ‘How come this ensemble of Friends the TV show has such great chemistry?’ Because the six Friends lived and loved through the moments of show’s success in the ways nobody else could. 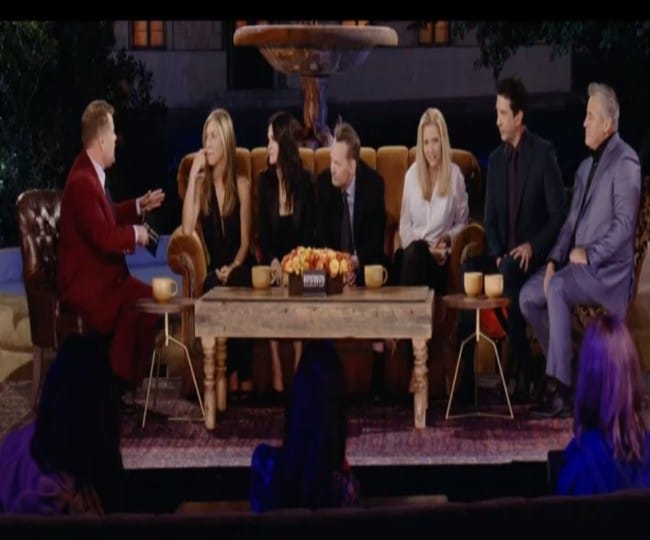 When all six of the Friends sit together with TV host James Corden on Central Perk’s couch in the foreground of that iconic fountain where show’s title song was shot, at times one fails to differentiate between Phoebe and Lisa Kudrow, Joey and Matt LeBlanc. For the two of them, it turns out that it was just them being together with the rest of the four which made them put forward the characters they played in FRIENDS against the lives they live when the camera is off. The star cast spills the beans about who was on the brink of dating whom when the show was on-air and how it was just the effort, sincerity and genuineness which the cast and creators put in the show to put the sitcom on an iconic pedestal.

Also Read
Bollywood News: All The Latest Updates And Highlights Of October 7

The guest appearances in the show’s reboot – from Lady Gaga to BTS and from Malala Yousafzai to Justin Bieber – add value content-wise in terms of displaying the indisputable popularity the show helms over. However, this can go as straight as it could, not even an eleven-time Grammy award winner Lady Gaga can match Phoebe Buffay when it comes to asking the smelly cat what’s being fed to her. 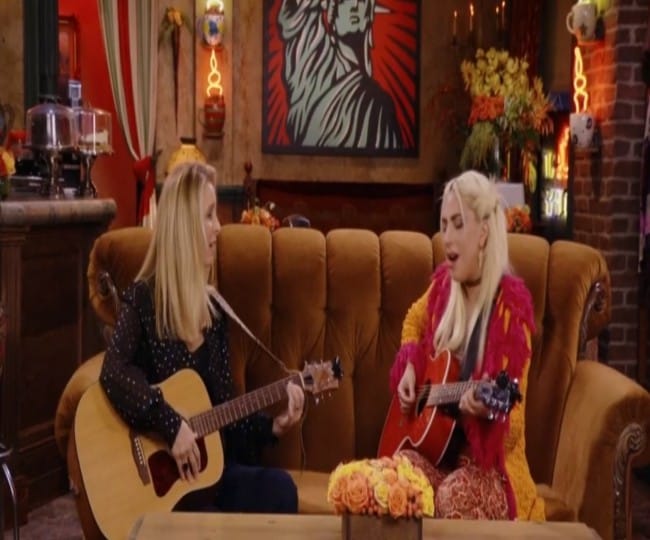 Friends: The Reunion is streaming in India on Zee5. In the United States and Europe, the reboot is being streamed on HBO Max.

Also Read
Legend Of Vox Machina Season 2 Release Date: When And Where To Watch The..
Related Reads