Athiya Shetty and KL Rahul exchanged vows on Monday at Suniel Shetty's farmhouse in Khandala in front of a guest list of 70 people. All eyes were on the bride's attire as she wore a silk lehenga with zardozi and jaali embroidery in a soft pink colour by Anamika Khanna. She completed her look with heavy jewellery while Rahul was seen in a cream sherwani. 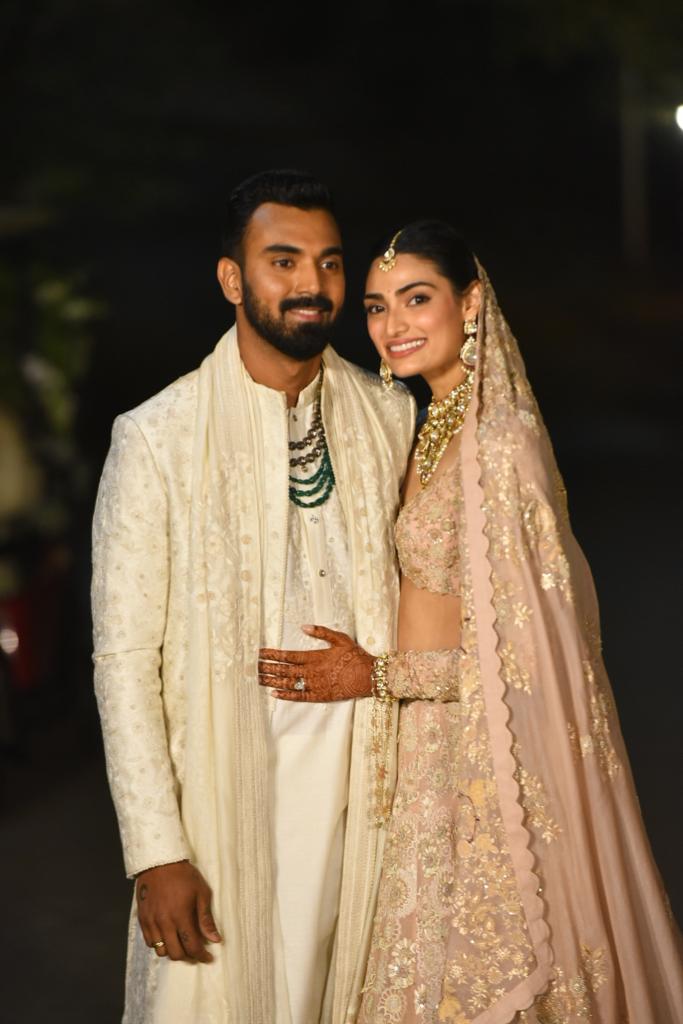 Talking about customisations on Athiya's ensemble, the designer said, "Athiya's got extremely fine, subtle, and beautiful taste. I wanted to develop something special for her that was resonant with the fact that she was going to be the bride, but she was never going to be that bride for whom everything else takes over.

"She has a very strong personality, and I think she’s acutely aware of it. We created an extremely fine piece of Chikankari, as well as jaali ka kaam and Zardozi. In terms of the colour, it is an old-rose colour and even the metallic colours that we’ve used on the lehenga, is slightly burnt and old-world.

"It's got that subtlety to it. Nothing is screaming for attention, and yet, it's just so her. Safe to say that it is not an outfit she will get bored of even in the coming years." 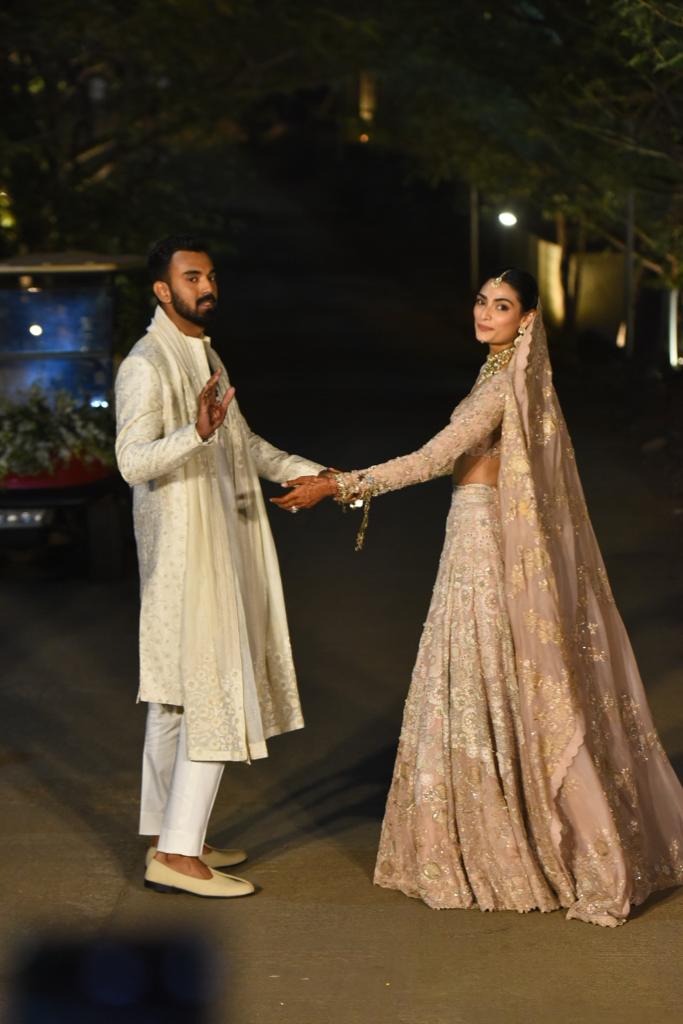 Suniel Shetty had on Sunday made a promise to the media that he would pose for photos with the newlyweds after the ceremony. He said, "Main kal leke aata hoon bachhon ko. Aapne jo pyaar dikhaya uske liye bohot bohot thank you (I will bring the kids tomorrow (to pose after the wedding) Thank you for showing us so much love." 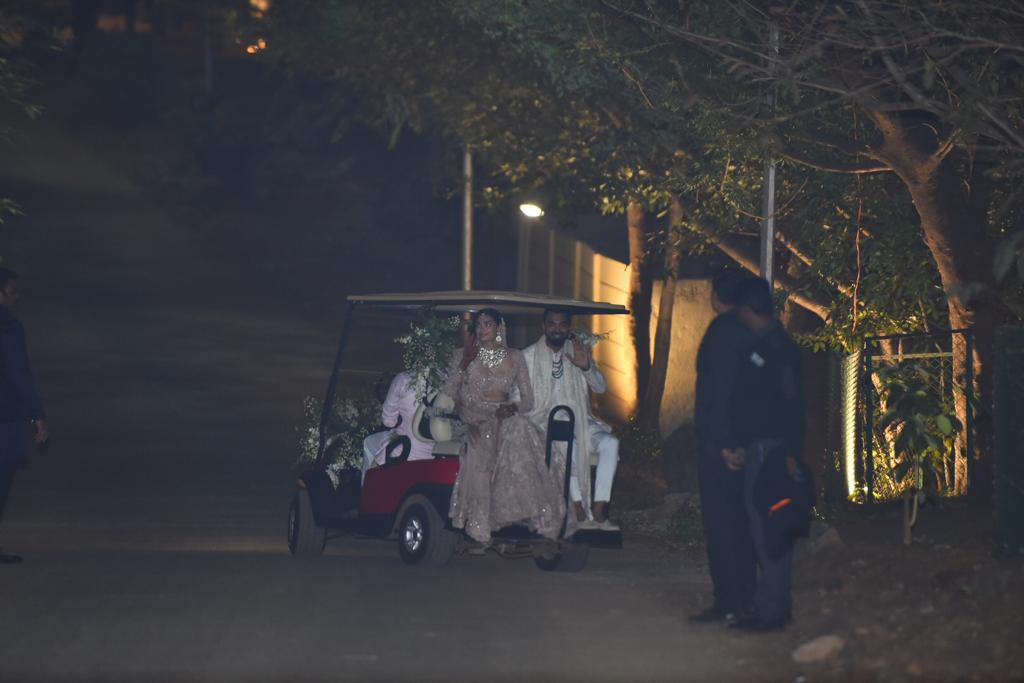 The duo, after their wedding, arrived in a golf cart to meet and greet the paparazzi stationed outside the farmhouse in Khandala, where their wedding took place.