On Monday, she took to her Instagram story and said, "Ayeeee cuties... Kya awkward log ho (such awkward people you are) @nupur_shikhare @khan.ira." She further added, "It's true but we're cute in our awkwardness," along with a video from the couple's engagement party. 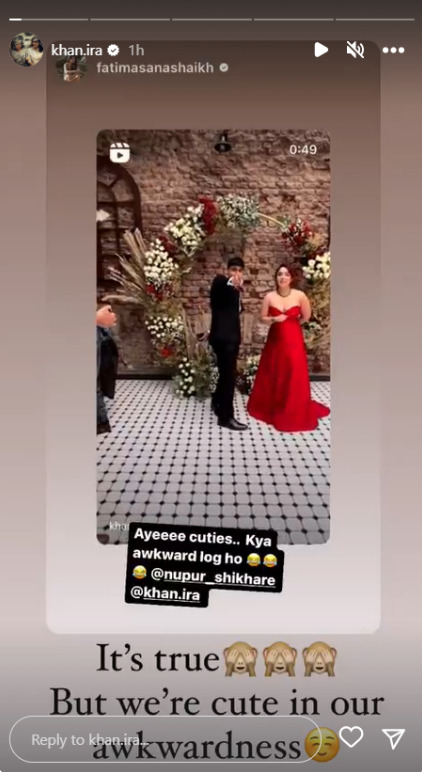 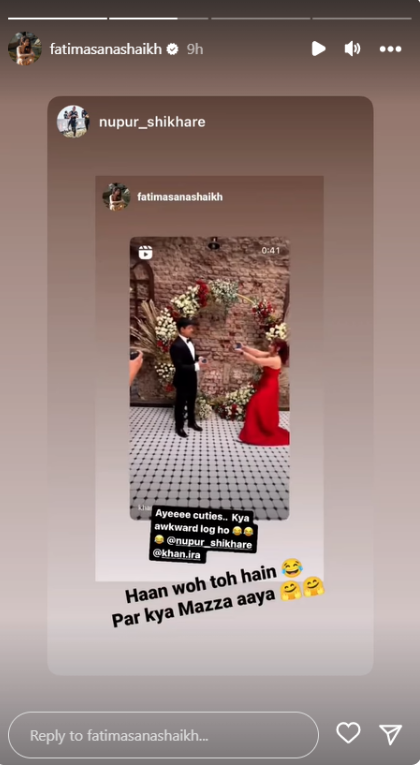 For the unversed, Fatima Sana Sheikh is a good friend of Ira Khan and are often seen spending quality time together. In May, the Ludo actress even attended Ira's birthday party.

Nupur, who dated Ira for two years before getting engaged, was initially her gym trainer. He proposed to her in September, the video of which the couple shared on their Instagram handles.

Their engagement ceremony was attended by Aamir Khan, Reena Dutta, Kiran Rao, Imran Khan and family friends. A video from their engagement party went viral on social media that showed Aamir Khan dancing to the song Papa kehte hai. He was also joined by cousin Mansoor while Ira was seen cheering for the them.

Fatima Sana Sheikh, on the other hand, opened up on her battle with epilepsy recently. During an AMA (ask me anything) session on Instagram, the actress revealed that she found out about her illness while training for Dangal.

"Was diagnosed when I was training for Dangal. I got an episode and woke up straight at the hospital. Tab pata chala ke epilepsy naam ki koi cheez hoti hai (that's when I learned about the illness called epilepsy). Was in denial at first (for five years). And now, I have learnt to embrace it, and work and live around it," she said. 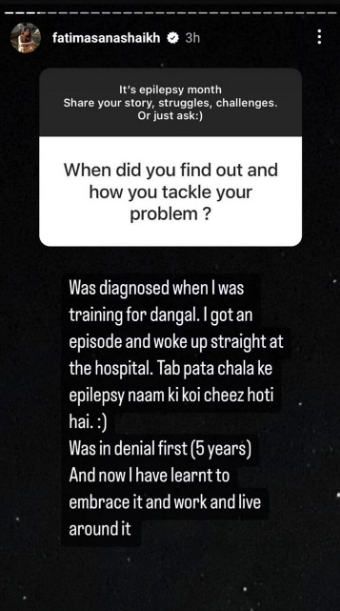 "I mean I have to go a bit slow. But I can do everything. There are some odd and tough days. That slows me down. But I have been fortunate enough to work with people I have been dying to work with. And this has not affected my passion and neither have I ever compromised on any effort to do my best. In fact, it pushes and drives me to work harder," she added.

However, the actress refused to share the details of her medication. She said, "I dont want to share what medication I am on. Because I don't want anyone to follow my prescription, it's not safe. You should do what your doctor prescribes you."

On the work front, Fatima Sana Sheikh will next be seen in Sam Bahadur co-starring Vicky Kaushal and Sanya Malhotra.