New Delhi | Jagran Entertainment Desk: On the eve of late veteran actor Rishi Kapoor's birth anniversary, filmmaker and actor Farhan Akhtar gave his fans a special gift by unveiling the poster of his last film Sharmaji Namkeen. Also, he thanked actor Paresh Rawal for completing the film after the sudden demise of Kapoor in 2020.

Taking to Instagram, Farhan Akhtar shared the poster, and along with it, he wrote a long note calling the film "very special". In the first poster, late actor Rishi is donning winter clothes such as a sweater and muffler as he walked with a big smile carrying his briefcase. In another poster, Paresh Rawal is seen in similar attire, however, he is swinging the briefcase as he walked.

Farhan wrote, "We are proud to present, the poster of a very special film- Sharmaji Namkeen, starring one of the most celebrated actors in the Hindi film industry whose inimitable work and sparkling career we will cherish forever, Mr. Rishi Kapoor. As a mark of love, respect and remembrance of him and as a gift to his millions of fans, here is the first look of his final film." 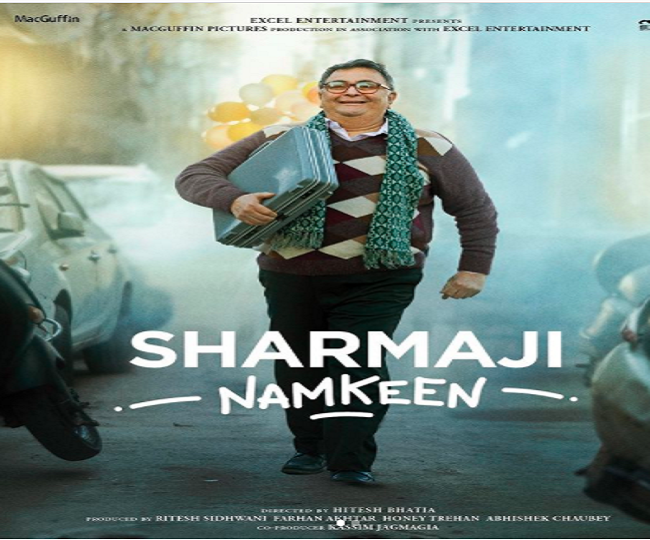 Thanking Paresh Rawal, he wrote, "A big thank you to Mr. Paresh Rawal, who completed the film by agreeing to take the sensitive step of portraying the same character played by Rishi Ji." 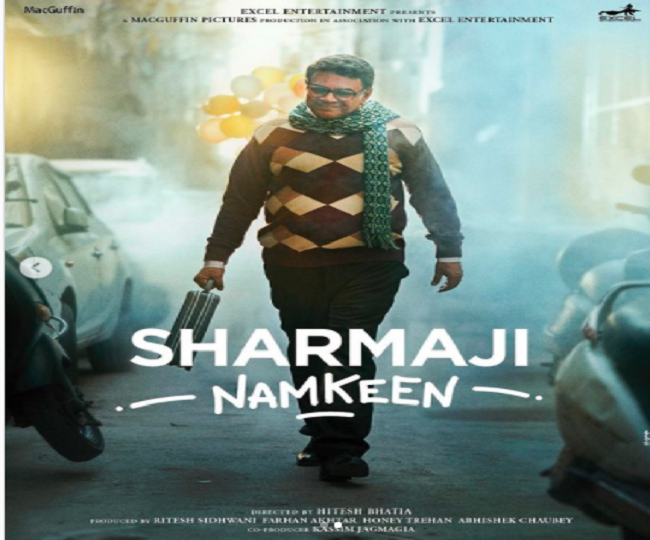 Rishi Kapoor's daughter, Riddhima Kapoor Sahani, also shared the poster of the film with the same note as Farhan.

Also Read
Bigg Boss OTT Finale: When will the finale start? Who all are finalists..

Actress Kareena Kapoor Khan also shared the first look of the film on her Instagram story and captioned it as, "Chintu uncle" 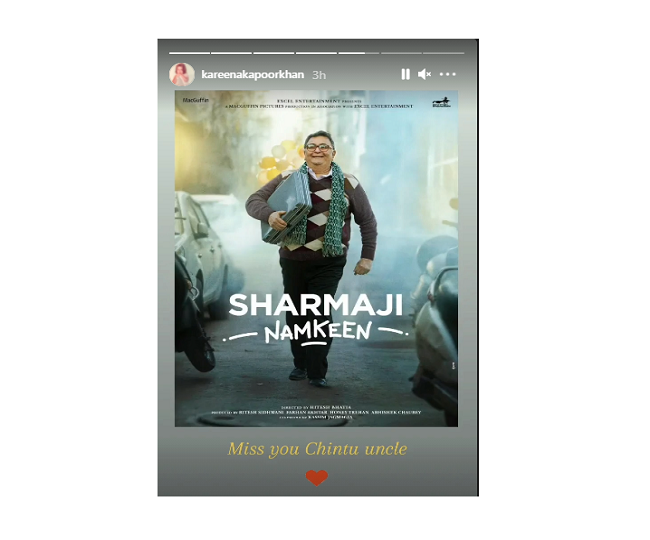 Alia Bhatt also dropped the poster on her Instagram story and wrote, "miss you" with a heart emoji 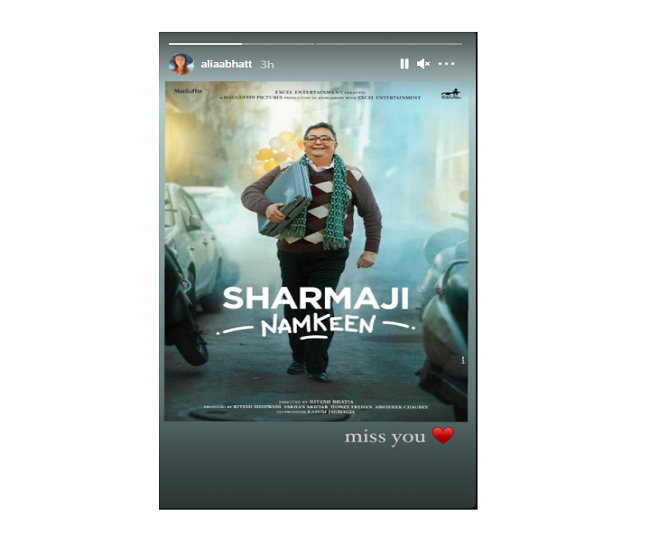 Produced by Excel Entertainment and MacGuffin Pictures, directed by debutant Hitesh Bhatia, this film is a light-hearted, coming-of-age story of a lovable 60-year-old man.