Vicky Kaushal is in Croatia to shoot for a song. Farah Khan will choreograph that song and has shared a picture with Vicky on Instagram.

New Delhi | Jagran Entertainment Desk: Bollywood actors Vicky Kaushal and Katrina Kaif are B-Town's most adorable and loving couple. They give their fans major couple goals with their adorable pictures on social media. The couple often posts pictures together from their vacations and fans can't stop praising them. But this time Vicky and Katrina had a funny interaction with filmmaker and choreographer Farah Khan. Currently, Vicky is in Croatia to shoot for a song, which will be choreographed by Farah Khan. Now, Farah has shared a picture with Vicky on Instagram and she has this to say.

Sharing the picture on her Instagram story, Farah wrote, "Sorry @katrinakaif he s found some1 else @vickykaushal09 #crotia". 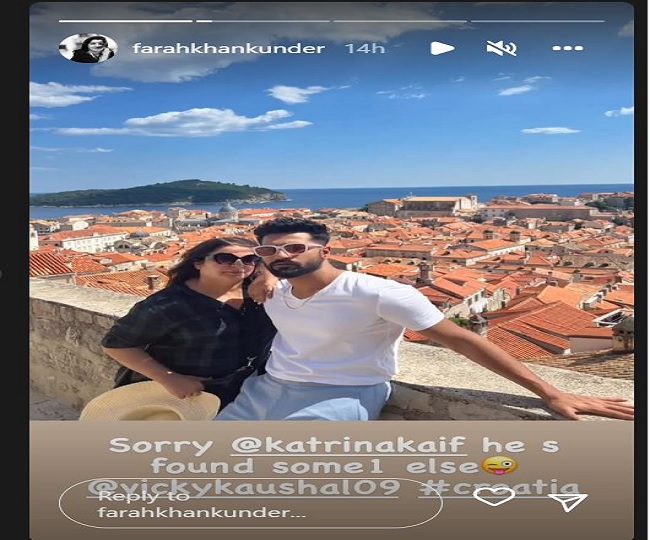 Katrina Kaif reposted this picture and wrote, "Your allowed @farahkhankunder", with a heart emoticon. 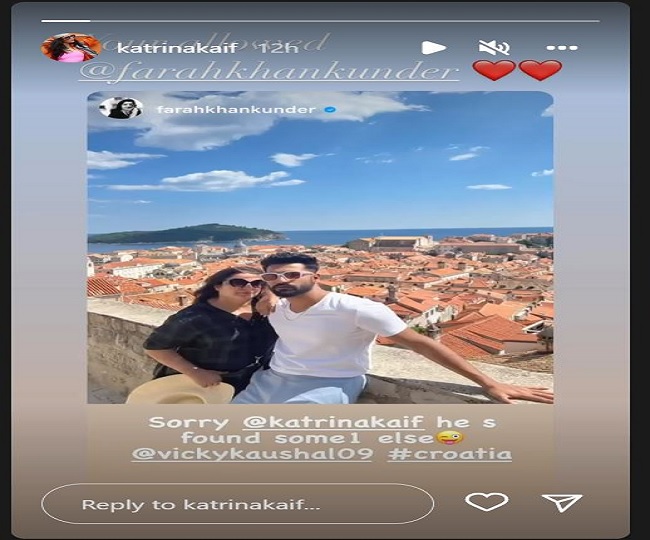 But Vicky Kaushal has this hilarious response. He wrote, "We are just 'good friends'". Then, Farah replied, "Yaa that s ur story", with a wink emoticon. 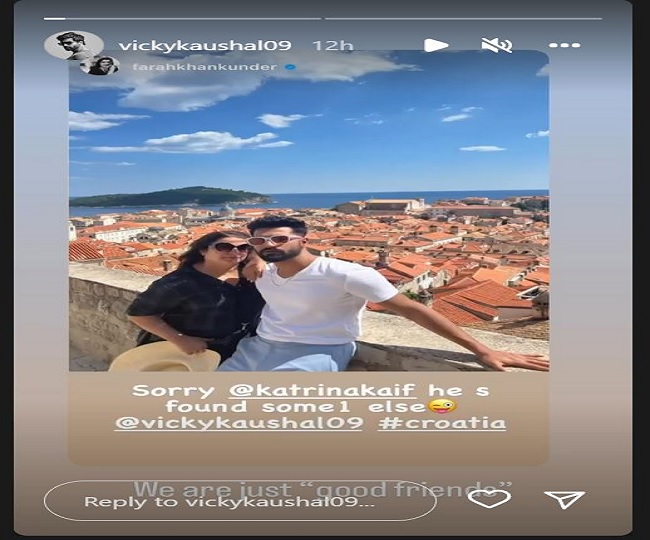 Vicky Kaushal recently shared some dashing photos from Croatia. He looks dapper in a light blue suit and paired it with a white t-shirt.

Katrina Kaif was last seen in Rohit Shetty's cop film Sooryavanshi, which also starred Akshay Kumar, Ranveer Singh and Ajay Devgn. She will be seen in Phone Bhoot with Siddhant Chaturvedi and Ishaan Khatter. She will star in Farhan Akhtar's film much-awaited film Jee Le Zaraa, which also stars Priyanka Chopra and Alia Bhatt. The actress will star in the third part of the Tiger franchise, which also stars Salman Khan and Emraan Hashmi. She will reprise her role from the previous instalments.