Esha Gupta enjoys her valiant choice in fashion and always shares her looks on social media. In the latest post, she stuns in baggy jeans with no top and curly hair. See pics

New Delhi | Jagran Entertainment Desk: Bollywood actress Esha Gupta is very popular and enjoys a massive fan following on her social media. She often shares her pictures to keep her fans posted on her latest outings. She regularly posts pictures in bold and valiant outfits.

Keeping up with the same, Esha Gupta took her Instagram to make head turns with her latest sun-soaked shinny avatar. In her latest post, Esha can be seen standing on a balcony bare-backed just wearing pair of baggy denim and flaunting her luscious brunette hair loose.

She captioned the post as ''Love today Love tomorrow'." Esha in series of posts can be seen flaunting her hair and sunkissed bare-body with a background of green mountains and dreamy sky.

Take a look at her sizzling pictures here: 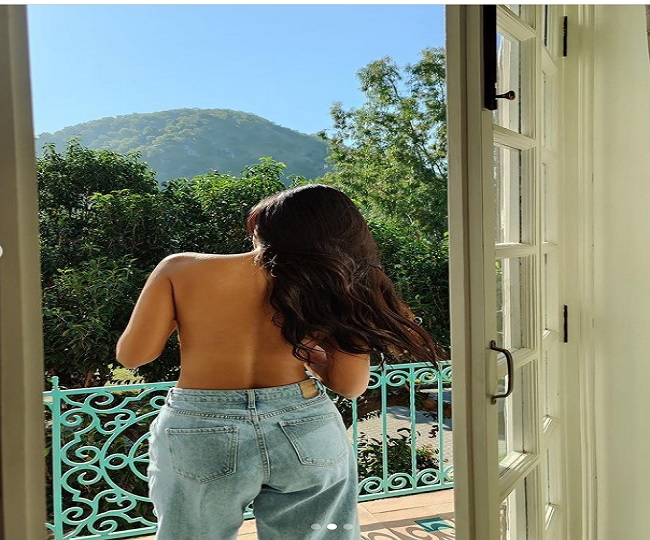 Esha certainly has a different taste in fashion, which is often adventurous. It seems Esha is biased towards her collection of jeans as she has posted many pictures in fit jeans before, her latest sultry denim look has stolen the show. 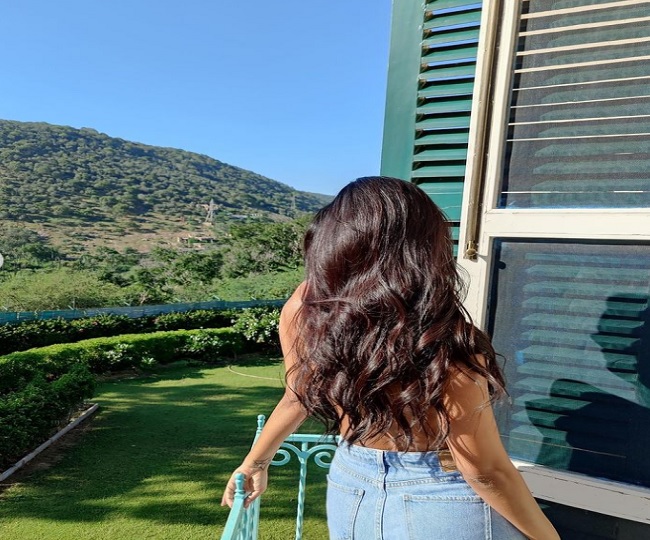 Ever since she uploaded her pictures on the photo-sharing app her fans are delighted, while some are gushing over her hairs others want to know where the actress has been this time.

Ace Filmmaker Shekhar Kapur commented, ''Where is this place?," while another commented, "Gorgeous."

For the unversed, Esha started her career in Bollywood with the 2012 movie ‘Jannat 2’ starring opposite Emraan Hashmi. She also won the title of Miss India International in 2007.

On the work front, Esha was last seen in the action-thriller movie, One Day: Justice Delivered. She has also starred in movies like ‘Raaz 3D’, ‘Rustom’, ‘Commando 2’, ‘Baadshaho’, ‘Total Dhamaal’, and others and featured in Tamil and Telugu movies. She can be next seen in the comedy movie sequel of Hera Pheri-3.