Dia Mirza and Vaibhav Rekhi’s wedding: Catch the first glimpse of the bride and groom

Dia Mirza is getting married to Vaibhav Rekhi and we have come across the first glimpses of the bride and groom from their intimate wedding.

New Delhi | Jagran Entertainment Desk: The first few pictures of the newly-married couple are out and about. Dia is looking angelic in a red ensemble and Vaibhav is looking handsome in a simple white kurta-pyjama with beige pagdi. The actress teamed her red saree with a mang tika, heavy jewellery and golden-green bangles. She can be seen smiling in one of her clicks, while in the others the couple can be seen posing for paps together.

A couple of posts were also shared by a Bollywood photographer, who captioned one of the uploads saying, “The wedding taking place as we speak. The building which Dia stays has a large garden and it is like Mahabaleshwar in Bandra ❤. Greenery and birds chirping, the feeling in some what different as I have shot Dia in her garden earlier. #diamirza #diakishaadi”

Aren’t the duo looking gorgeous together?

Meanwhile, we even came across a few pictures of the celebrity guests attending the wedding which includes Dia's close friend actress Aditi Rao Hydari. 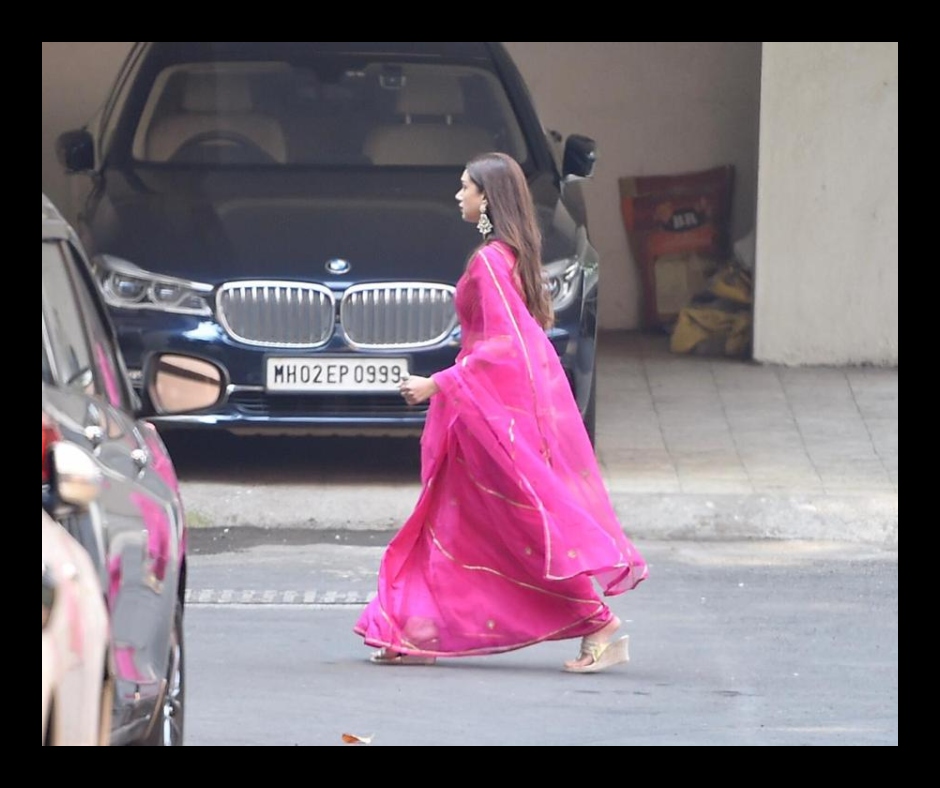 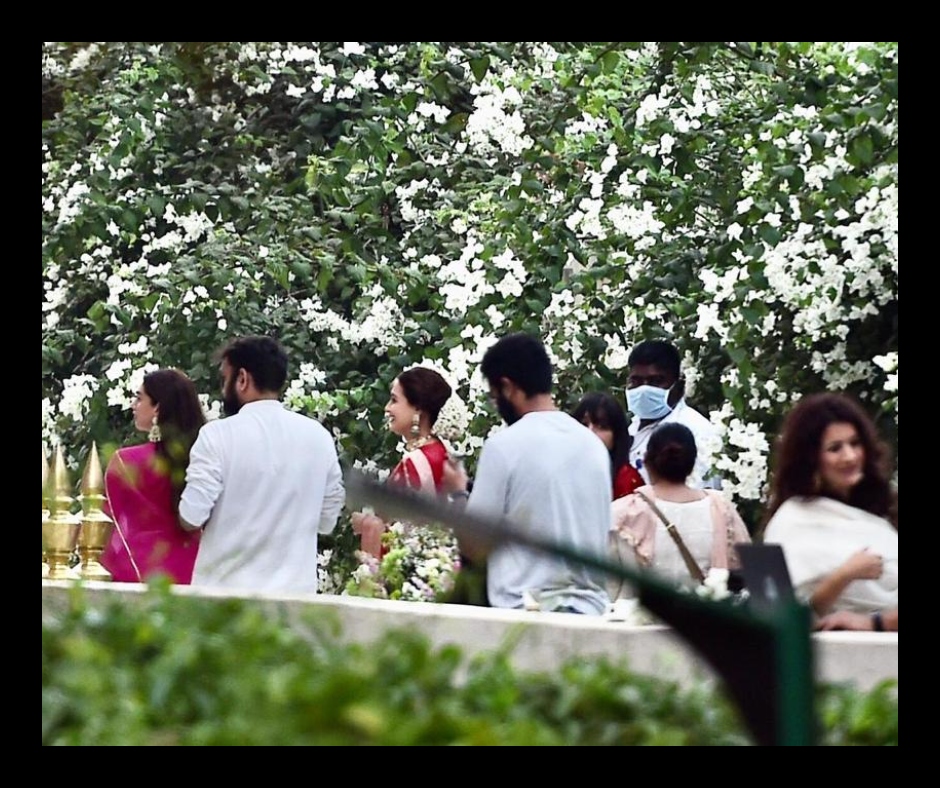 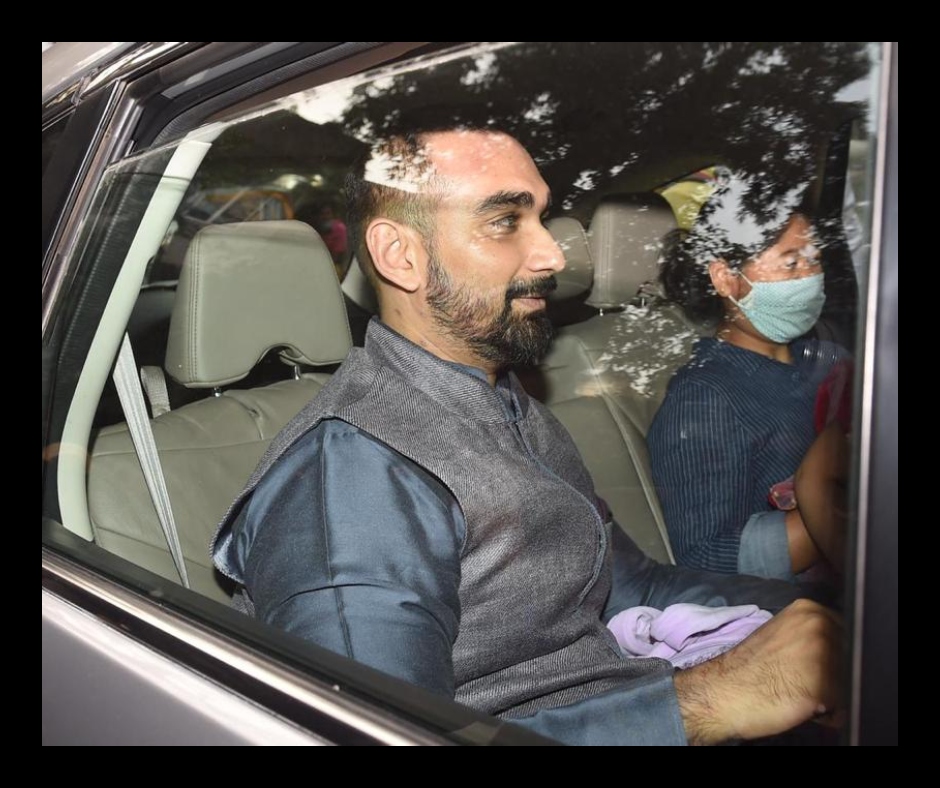 A source quoted by Pinkvilla said, "The wedding is happening in the evening today in her building’s garden. Dia and Vaibhav are both extremely excited about their big day and her friends including director Rajkumar Hirani, Malaika Arora and Zayed Khan are expected to attend."

Not long ago Dia shared a few pictures from her pre-wedding festivties where was sitting in her bridal shower. Meanwhile, the other picture was of her hand where she had applied the traditional henna. The photo also featured her hand’s tattoo which said ‘Azad’. 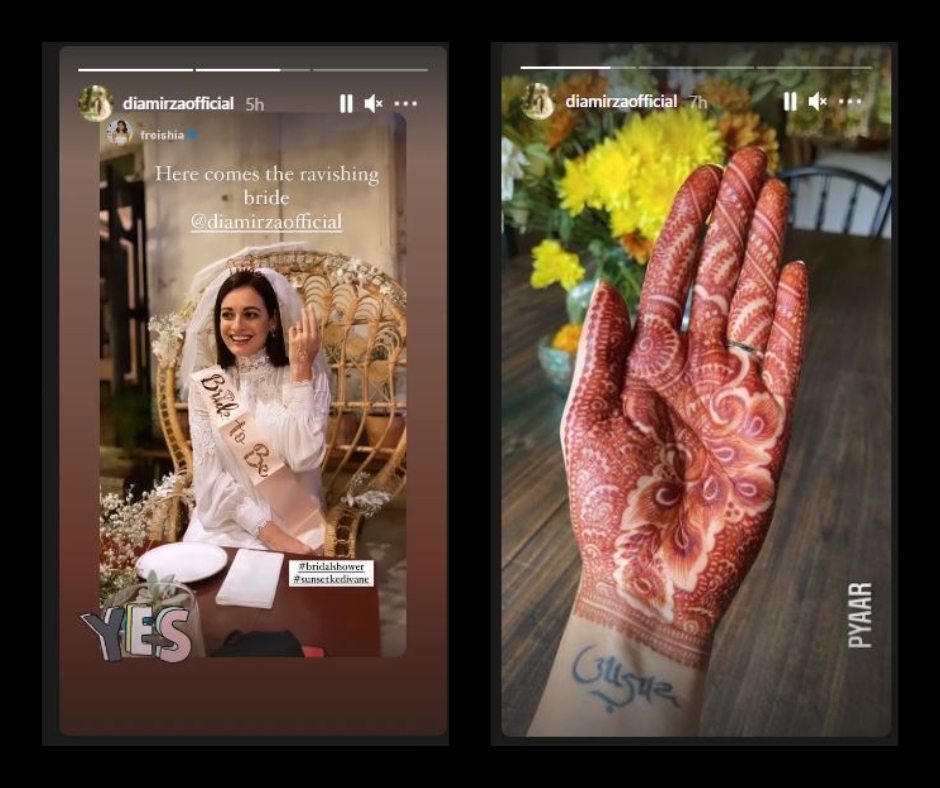 Talking about Dia’s husband Vaibhav Rekhi, he is a Mumbai-based businessman who resides in Bandra's Pali Hill area. Last year the reports of Dia dating Vaibhav surfaced on all the entertainment portals, now after a year, the couple decided to take the vows.

Well, we send out our heartiest congratulations to the lovely couple.