Raiza Wilson was the contestant of the first season of Bigg Boss Tamil which was hosted by Kamal Hassan. Raiza also did several films including Varmaa, Pyaar Prema Kaadhal, among others.

New Delhi| Jagran Entertainment Desk: The South Indian actress and Bigg Boss Tamil fame, Raiza Wilson recently shared about her facial treatment that went wrong. Taking to Instagram, she shared her picture in which swelling under her eye was seen. She wrote a note along with the picture and said that her dermatologist forced her to go for a procedure that she didn't even needed. As soon as she posted her pictures on social media, fans started flooding the comment section with messages about their similar experience with the same dermatologist.

Raiza shared her photo on her Instagram story and wrote, "Visited @drbhairavisenthil yesterday for a simple facial treatment, she forced me to do a procedure which I did not need and this is the result. She refused to meet me or talk to me today. Staff said she's out of town." 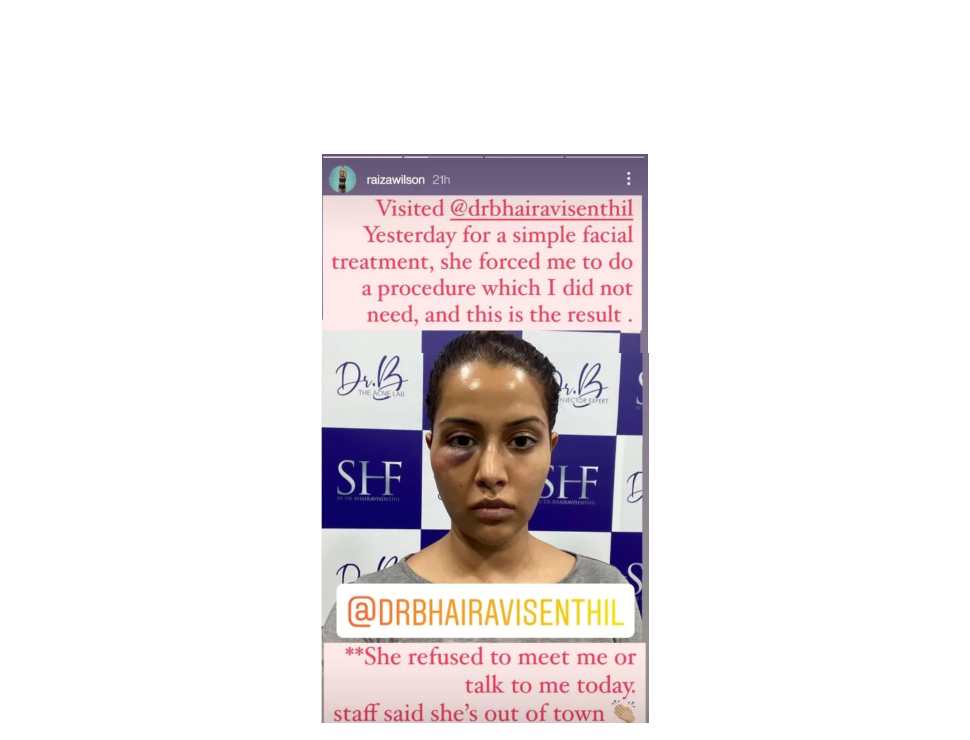 Swiping to the next story, she shared the screenshot of the messages she received on Instagram. One of Raiza's fans wrote, "Dr Bhairavi is known for forcing patients into doing something that is totally not necessary. She never gives a proper explanation about any of her procedures. I have been a personal victim of this." 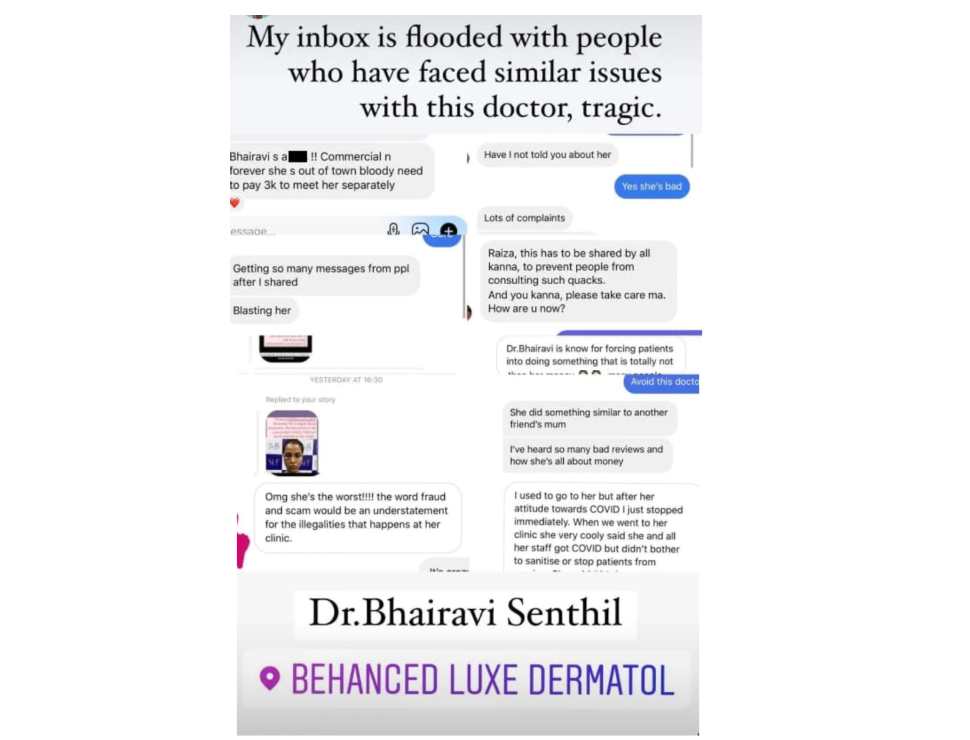 Another fan wrote, "this doctor is all about money. She did something similar to another friend's mum."

Yet another wrote, "OMG, she's the worst, the word fraud and scam would be an understatement for the illegalities that happens at her clinic."

Who is Raiza Wilson?

Raiza was the contestant of the first season of Bigg Boss Tamil which was hosted by Kamal Hassan. Raiza also did several films including Varmaa, Pyaar Prema Kaadhal, among others.

Meanwhile, on the work front, Raiza has several films in her kitty. She will be seen in the film, Hashtag Love, FIR, Alice, The Chase, Yarumillai, among others.