Actress Deepika Padukone took to her official social media handle to share her statement on her resignation from MAMI as a chairperson. Read on to know more

New Delhi | Jagran Entertainment Desk: Actress Deepika Padukone has resigned Mumbai Academy of Moving Image's (MAMI) chairperson. Yes, the actress took this step as she was not able to give it "undivided focus and attention".

The actress took to her official social media handle to announce her resignation and also issued a statement through a post. Taking to her Instagram account, Deepika wrote, "Being on the board of MAMI and serving as Chairperson has been a deeply enriching experience. As an artist it was invigorating to bring together cinema and talent from all over the world to Mumbai, my second home. I have come to realise however, that with my current slate of work, I will be unable to give MAMI the undivided focus and attention it requires."

The actress further added, "I depart knowing that MAMI is in the best hands possible and that my bond and connection with the academy is one that will last a lifetime. I believe in MAMI’s vision and we are committed towards creating a community that cinema lovers and creators of a film-passionate nation like ours truly deserve." 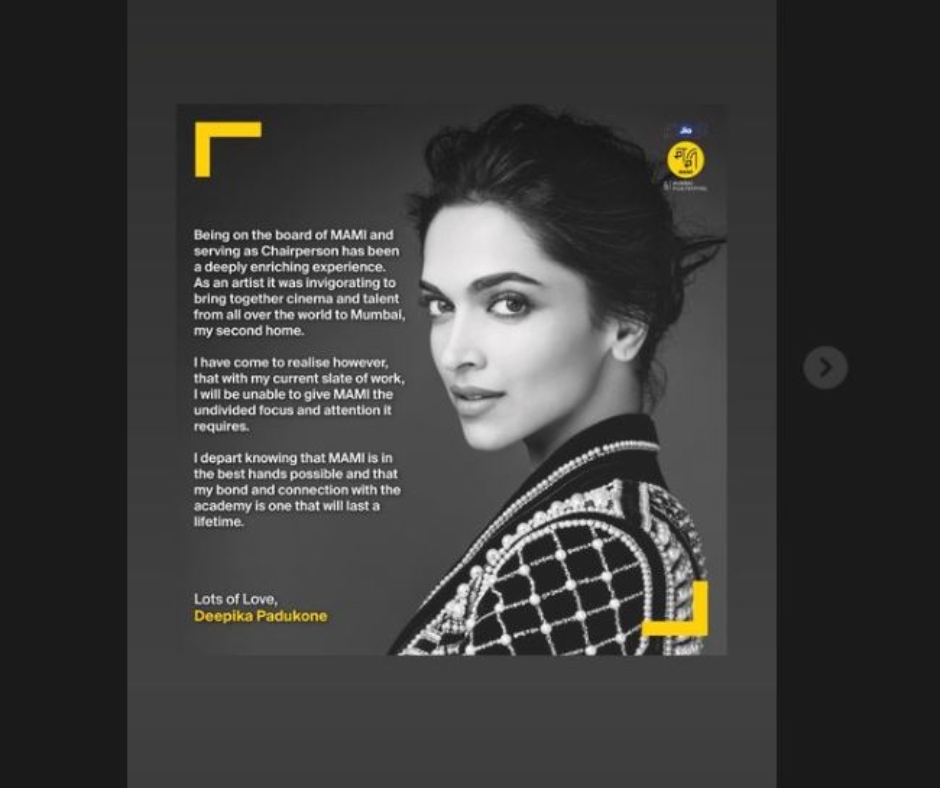 Meanwhile, on the work front, she was last seen in Chhapaak, based on an acid attack victim Laxmi Agarwal. The film which was directed by Meghna Gulzar released on January 10, and received positive reviews from the critics. On the other hand, Deepika has quite a few films in her pipeline. She is set to appear as a reel-life wife to her real-life husband Ranveer Singh in the film '83'. It is based on the Indian Cricket Team's 1983's World Cup win. Apart from that, the actress is working on SRK-John Abraham starter Pathan, The Intern opposite Amitabh Bachchan, and a film with South Indian actor Prabhas titled 'Fighter'.

Also Read
Madhuri Dixit Birthday Special: 3 reasons why Dhak Dhak girl is one of the..