The engagement ceremony of Anant Ambani and Radhika Merchant was a star-studded event as it was attended by many Bollywood celebrities. Sara Ali Khan, who also attended the ceremony, shared some unseen pictures with Deepika Padukone, Karan Johar, Ananya Panday and others on social media.

Sharing the pictures, Sara wrote, "All white. All night."

She also posted a picture with Deepika Padukone on her Instagram story. Sara wrote, "You're just #1 in every way!" 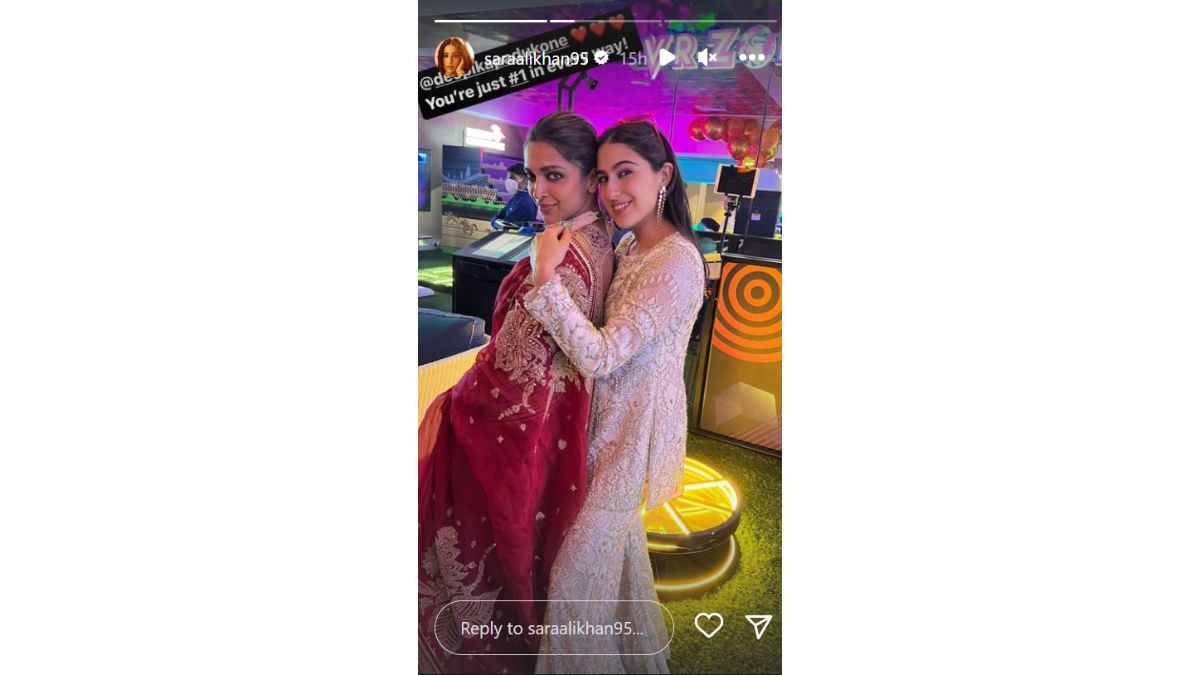 On the work front, Sara will be seen in 'Ae Watan Mere Watan', which will be set in the 1940s during India's freedom struggle. According to a report by Bollywood Hungama, Sara will essay the role of Usha Mehta, who started an underground radio station in 1942.

“Sara signed this film earlier this year. Now that she has finished her other commitments, the film will go on the floors in a few weeks. She has been prepping for the film and is very excited to essay a real-life character for the first time,” a source was quoted saying by Bollywood Hungama.

Ae Watan Mere Watan will be produced by Karan Johar's Dharma Productions. The movie is directed by Kannan Iyer and written by Darab Farooqui.

Recently, Sara's last film Atrangi Re completed one year and the actress penned a heartfelt for the team. She wrote, "A year ago, today, I shared Rinku Suryavanshi with all of you. Can’t believe how time has flown. It feels like just yesterday that @aanandlrai sir was making me swing soda bottles in Bihar and @vijayganguly was trying to teach me ‘heroine wali adda’ in Madurai."

"I wish I could just go back and do all those 2 hour drives on the outskirts of UP-Bihar, late nights baarish shoots in Varanasi, sunrise drives in Delhi with sir, long steady cam shots with sprints and thumkas, and of course the Idlis and Sambar that @dhanushkraja would feed us and the Sarso ka Saag that @akshaykumar sir got us all," she added.

Meanwhile, Sara was last seen in Atrangi Re, along with Akshay Kumar and Dhanush. She will be seen in Gaslight alongside Vikrant Massey. Sara will also star in Laxman Utekar's next directorial along with Vicky Kaushal.