New Delhi | Jagran Entertainment Desk: Actors Ranveer Singh and Deepika Padukone wrapped up Kabir Khan's  83 shoot in style as the duo hosted a party on Monday night and invited other cast and crew. 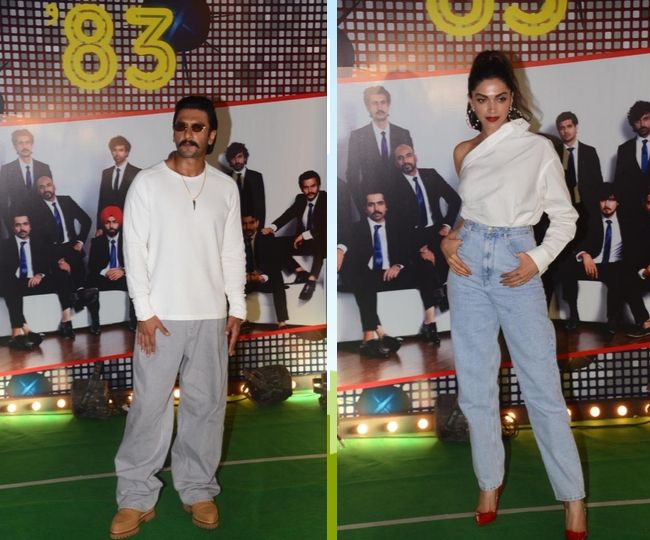 The 'real' and 'reel'-life Mr and Mrs were seen twinning in white. Ranveer was seen in a white shirt with grey pants and donned sunglass. Deepika, on the other hand, wore a white single-shoulder top. She paired it with blue high waist jeans and red bumpers. 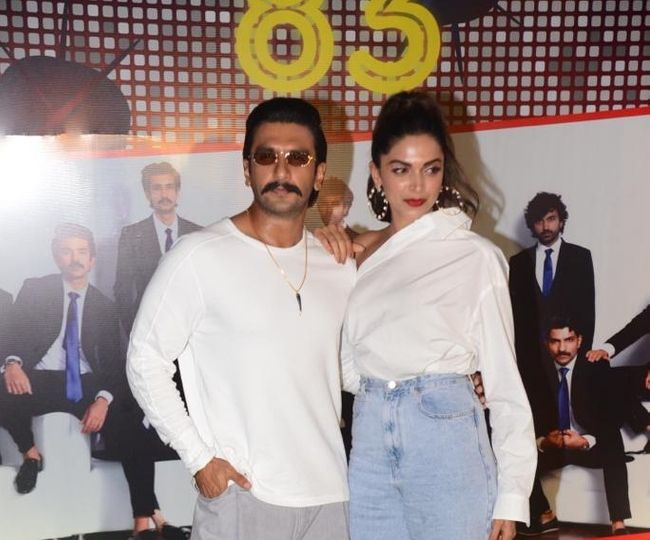 Our favourite B-town couple, posed for the paps with a gracious smile. A huge poster of Indian Cricket squad from 1983 world cup (movie characters) was also displayed on the green carpet Director Kabir Khan, wife and actress Mini Mathur and producer Sajid Nadiadwala were also present at the party. 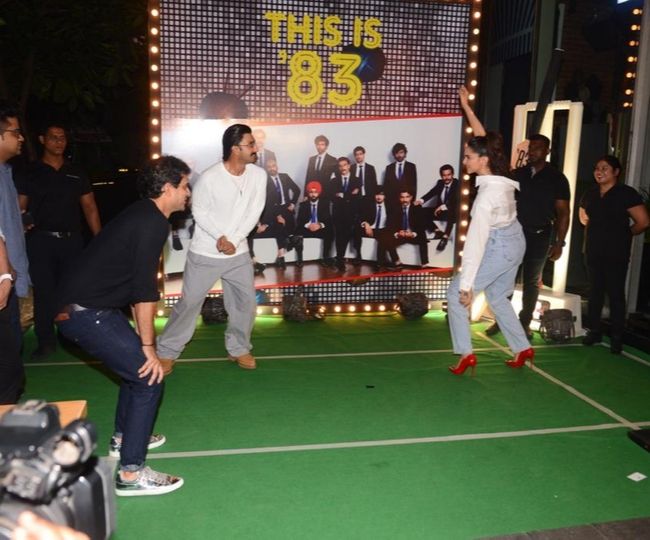 Ranveer and Deepika were also seen pretending to play cricket and dancing to the tune of 'Kya Baat Ha' from Hardy Sandhu, who is also a part of the crew.
Also Read: Dussehra 2019 | Here's how B-Town celebs wished fans on Vijayadashmi 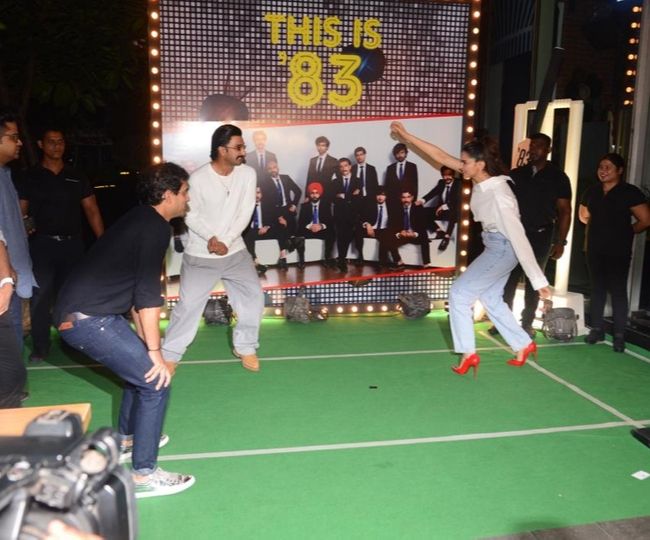 The actors will be seen sharing the screen space in an upcoming film for the first time after getting married. Ranveer will play the role of Kapil Dev while Deepika will portray the role of his wife.
The movie is based on India's famous World Cup triumph over favourites West Indies at Lords. It also stars Chirag Patil, Tahir raj Bhasin, Ammy Virk, Sahil Khatter, among others. '83 will hit theatres on April 10 next year.