Ranbir Kapoor, Ayan Mukherjee and SS Rajamouli are in Vizag for the promotion of Brahmastra. The movie will release on September 9, 2022.

New Delhi | Jagran Entertainment Desk: Bollywood heartthrob Ranbir Kapoor has been in the headlines these days because of his upcoming films. The actor will star in the much-awaited film Brahmastra and the pan-India movie will finally hit the theatres in September this year. Now, the promotions of the film have also started and Ranbir is in Vizag to announce something very special. Ranbir is accompanied by Brahmastra director Ayan Mukherji and RRR director SS Rajamouli.

Ranbir was greeted by the fans in Vizag with the garlands and people welcomed Ranbir by showering flowers on him. Ranbir also met his fans with great enthusiasm.

Ranbir looks dapper in the white kurta and can be seen greeting his fans. The video is shared by Viral Bhayani on his Instagram page and also by the official Instagram account of the Brahmastra film. One person commented, "Ranbir is so cool", meanwhile, another person wrote, "he has a different aura class and amazing charm plus personality". Some fans also commented that Ranbir's film Yeh Jawaani Hai Deewani completed 9 years today. 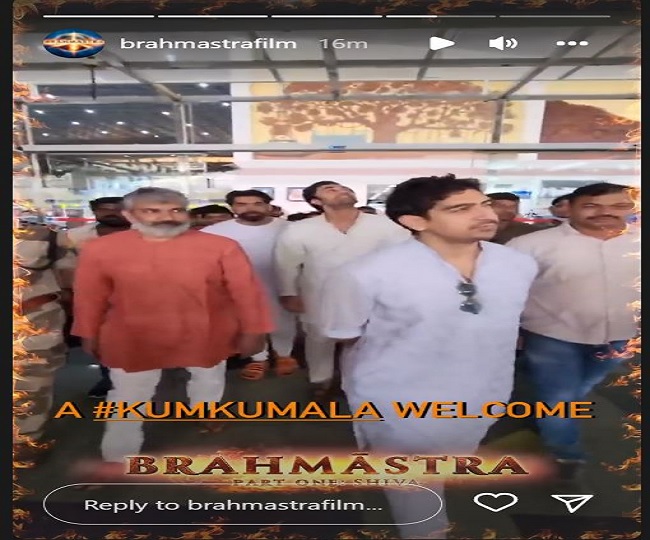 Alia Bhatt also posted Ranbir's picture in a white kurta on her Instagram story. She wrote, 'Oh Hi', with a fire gif. 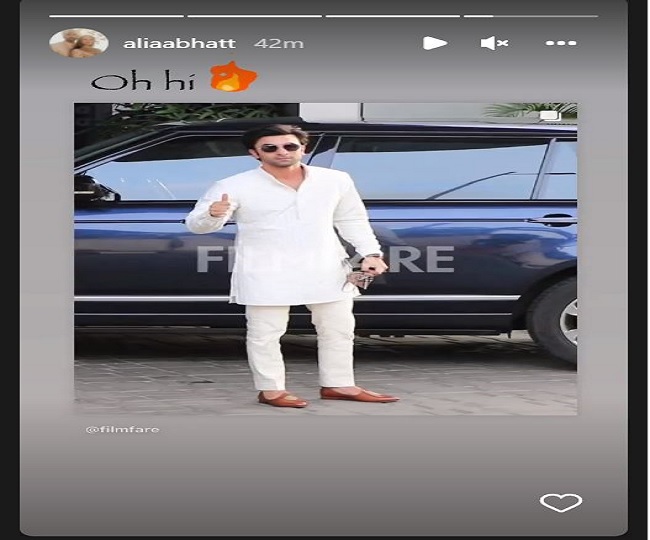 A few days ago, the teaser of the Telugu version of Brahmastra's song Kesariya was released. Sid Sriram has lent his melodious voice to Kumkumala. Sharing the teaser, Brahmastra film wrote on Instagram, "#Kesariya becomes #Kumkumala. Enjoy the teaser you have loved so much, in Telugu, with love and pride. SS Rajamouli presents Brahmāstra Part One: Shiva releasing in cinemas on September 9th in Telugu, Tamil, Kannada, and Malayalam #Brahmastra".