Sara Ali Khan is an avid social media user, and with her antics, she keeps her fans on their toes. However, today, just like us even Miss Pataudi is having Monday blues.

New Delhi | Jagran Entertainment Desk: Sara Ali Khan is currently riding high on the success of her recent release movie Atrangi Re, co-starring Dhanush and Akshay Kumar. The actress is an avid social media user, and with her antics, she keeps her fans on their toes. However, today, just like us even Miss Pataudi is having Monday blues. The actress took to her social media handle and shared her throwback pics from the Maldives to explain how her Monday morning looks on Instagram vs reality.

She shared two bikini-clad pics, in one, she is giving her fans major vacation goals in a tropical print blue bikini set, while the other seems to have been clicked when the actress got straight out of her bed. She is seen donning a black crop top with shorts. She captioned the first pic as "Monday morning for Instagram" and the second as "Monday morning in reality". 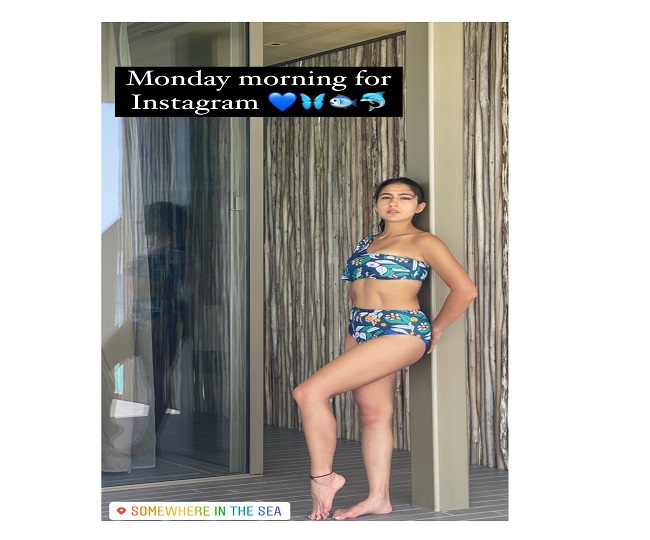 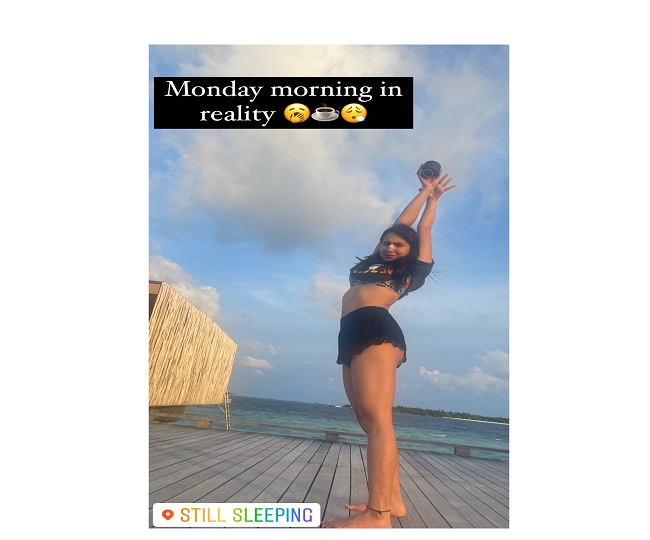 What are your thoughts about Sara's revelation? Isn't it relatable?

On the work front, Sara Ali Khan is currently shooting for Laxman Utekar's untitled, with Vicky Kaushal in Indore. Recently, several pics and videos were also doing rounds on social media, wherein the two are seen riding on a bike on the streets of Indore.

She made her debut with Abhishek Kapoor's Kedarnath alongside Sushant Singh Rajput, and ever since then, there has been no looking back. Seeing the number of films she has done since 2018, it seems she is not rushing into the films, rather looking for some meaningful scripts to showcase her talent.