Bigg Boss OTT | 'You have...': What Akshara Singh told Divya Agarwal after the 'entertainment task'

Bigg Boss OTT: Ever since Pratik Sehajpal broke his connection with Akshara Singh, she is seen having a sweet time with former rival Divya Agarwal.

New Delhi | Jagran Entertainment Desk: Karan Johar's hosted show Bigg Boss OTT is in the news since day one and credit goes to contestants. They have been trying their level best to be in the limelight either by fighting or creating a love angle. Now, the viewers are witnessing a new friendship bond between Divya Agarwal and Akshara Singh making headlines.

Yes, you read that right, ever since Pratik Sehajpal broke his connection with the Bhojpuri actress, she is seen having a sweet time with former rival Divya. The two have been spending a lot of time together and were even seen discussing about co-contestants and their game plan.

As the show is streaming 24X7, recently Akshara and Divya were seen sharing an emotional moment. Bhojpuri actress was told Ace of Space Winner that she has one thing, which no one has in this house. To this, Divya asks, "what", the actress replies it's your "Dil". As soon as she said this, Divya gave a tight hug to the actress. 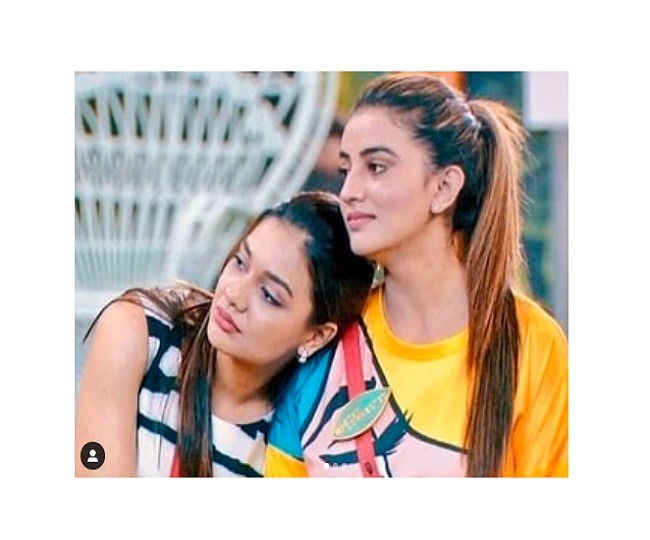 Well, this was quite heartwarming, as at the starting of the show the two actresses were often seen fighting due to Pratik Sehajpal. However, when he is no more in between, the two understood and keeps rooting for each other.

In the last episode, the trio Divya, Akshara and Millind Gabba were seen discussing about Shamita Shetty and her game plan. Millind started the conversation by saying, "Shamita bahut chant hai,” Divya added that she has been saying this since the beginning of the show. Akshara also joined in the conversation and praised her sister, ace Bollywood actress Shilpa Shetty.

Akshara said, "Uski behen bahut acchi hai, tabhi ye uske naam se jaani jati hai.” Divya agreed to this and said that she has worked with her, and she is a great human being.