New Delhi | Jagran Entertainment Desk: The thirteenth day was filled with fights, misunderstandings and patch up. After a brief fight for the last few days, Siddharth Shukla and Rashami finally solved their differences. There was a break among apparent groups. Shefali and Dey ditched their groups and tried their best to escape nomination. Siddharth Shukla and Mahira Sharma got indulged in a brawl. Paras Chhabra approached Shehnaz Gill to solve their differences, but she remains unmoved.

The thirteenth day began with Paras counting Asim's mistakes during tasks in the Bigg Boss house. He was joined by Koena Mitra. Paras also approached Shenaz to solve their disputes, Rashmi tried to help them out. Later, Siddharth Shukla and Asim told Shehnaz that she should get affected by Paras' tactics and his group. It was also revealed that Dalljiet had hinted Paras before nominating her during the 'Rani No. 1' task.

Also Read | The Sky is Pink Movie Review: An unusual grief drama that reflects all shades of life

Mahira and Siddharth Shukla got themselves into an intense brawl and the latter's behaviour, not only affected her but his own apparent group members Shefali and Siddharth Dey. Mahira then went to Rashami, who is assigned the task of food making. She was consoled by Rashami and Dey.

Shefali also exchanged inappropriate verbal words with Koena, continuing their fight from the last two days. Siddharth Shukla then fought with Siddharth Dey and Shefali over joining the other group and exchanging words among both teams. On a good note, Rashami Desai and Siddharth Shukla solved their differences over fights in the last few days. 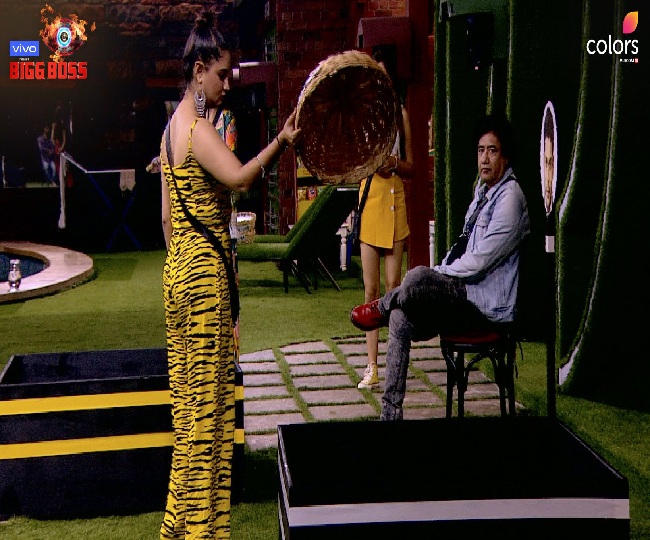 A 'BB Fisheries' task took place on day 13 to nominate male members. Both male and female inmates took part in the nomination round. Siddharth Shukla got saved for one week after removing all the fishes from his box before buzzer sound while others Asim, Paras, Dey and Abu Malik got nominated.