Sharing a glimpse of their last evening of 2021 on her Instagram stories, Anushka Sharma wrote, "Best way to spend my last 2021 evening".

New Delhi | Jagran Entertainment Desk: Power couple Anushka Sharma and Virat Kohli rang in the new year with their 11-month-old daughter Vamika in South Africa, where the India Test skipper is gearing up to lock horns against the Proteas in the second Test, starting Monday.

Virat and Anushka's fans are yet to see Vamika's face as the couple has not allowed paparazzi to click her in public and also has not shared any pictures of her yet. However, on the last day of 2021, Anushka treated her fans with a video from South Africa's Centurion in which Vamika can be heard calling her Mumma in the sweetest voice.

Sharing a glimpse of their last evening of 2021 on her Instagram stories, Anushka Sharma wrote, "Best way to spend my last 2021 evening". Watch the video here:

Further sharing a sneak peek into the New Year celebrations with her family and friends, Anushka wrote, "The year that got us the greatest happiness I've known. So, deepest gratitude 2021, thank you!" She also added a 'family of three' emoticon in the caption.

For the unversed, Virat and Anushka had welcomed their daughter at Mumbai's Breach Candy hospital. The India skipper had revealed the news on his Twitter handle while sharing that both baby and mother are healthy.

Coming back to the celebrations, one cannot miss out to notice the couple acing their sartorial looks. Virat looked dapper in a white casual t-shirt, while Anushka looked stunning in a striped black and white dress. The 'PK' actor also shared several videos from the party that sees the hotel staff shaking a leg while the celebrities cut the giant three-tier New Year cake. 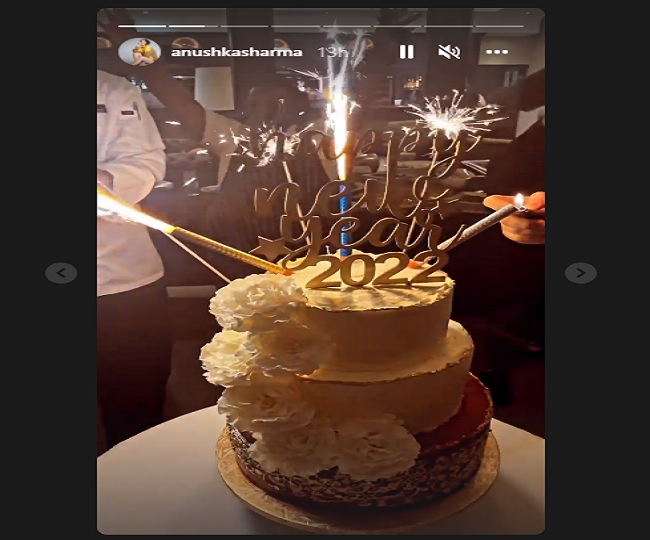 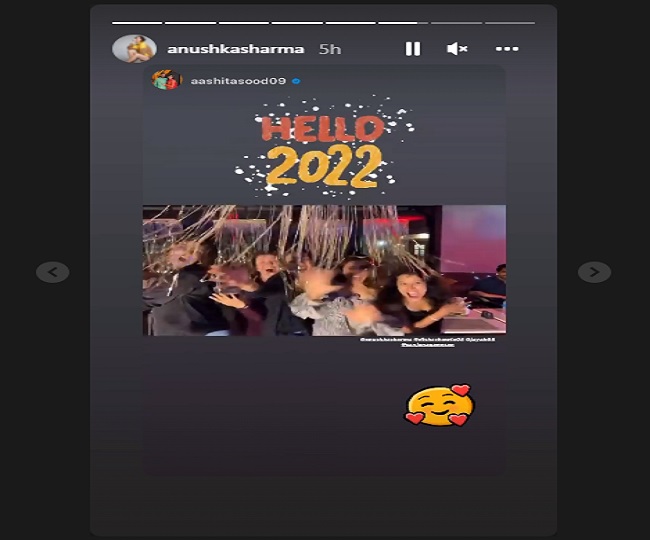