New Delhi | Jagran Entertainment Desk: The Monday morning of Mumbaikars started on a power outage note. Due to this reason, several public services came to a halt. While many celebrities took to social media to react to the disruption of electricity, Kunal Kemmu shared a hilarious video that left everyone in splits. Not just his fans, Kareena Kapoor Khan also shared her take on the video of Kunal.

In the video, Kunal shared two different reactions of people after the electricity cut off. In one, he reacted how people generally would react when they are not Mumbaikars -- “What happened? Did the power supply cut again? By when will the power supply resume? By Evening? Nevermind.. Get a hand-fan.”

In the second, he showed how Mumbai-based people will react after the power cut. This hilarious video went viral right after Kunal posted it and Kareena also shared her reaction to the video. He captioned the hilarious video as ‘It’s a tense situation#powercut’. The video has so far garnered 1,68,547 views.

Kareena wrote, "Best post on the internet today." After this, several celebrities like Raghav Juyal, Rannvijay Singha and others shared the video on their story. 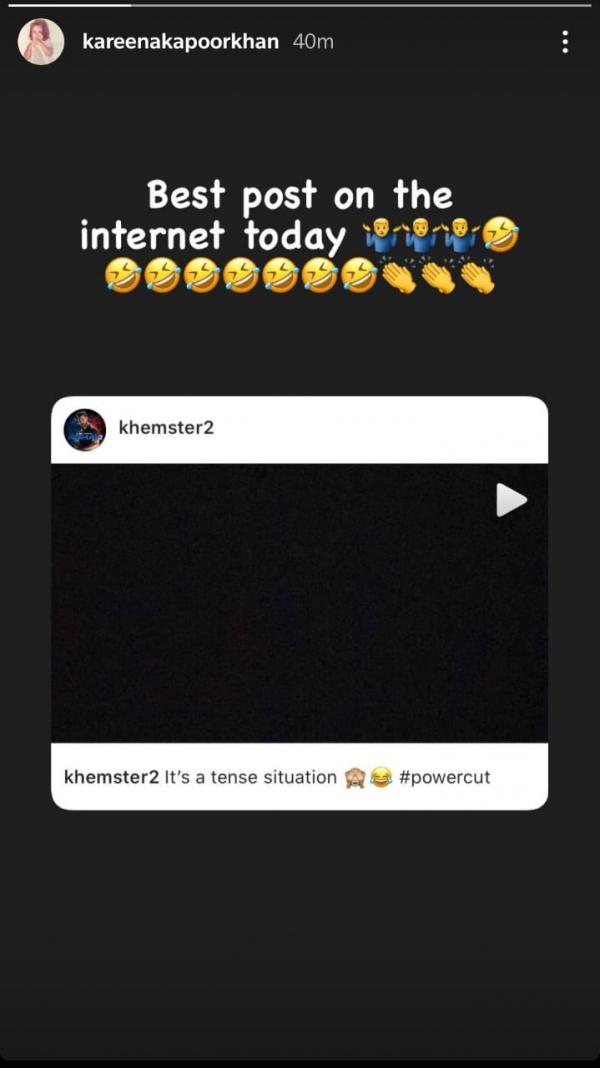 Kunal Kemmu is pretty active on social media and he keeps entertaining his fans with hilarious and wholesome content. He was last seen in the Netflix film Lootcase.

Apart from Kunal, other celebs like Amitabh Bachchan, Anupam Kher, Kangana Ranaut took to their social media handles to share their reactions on the disruption of electricity. However, among several posts shared by celebs, Kunal's post has managed to create a laugh riot.