Arjun Kapoor and Janhvi Kapoor are coming together for an exciting project; here's all you need to know

Janhvi Kapoor took to her Instagram and dropped a boomerang video with her brother Arjun Kapoor on her story captioning it with "coming soon". Scroll down to know

New Delhi | Jagran Entertainment Desk: Ever since veteran actress Sridevi's sudden demise, Arjun Kapoor can be seen taking care of his little half-sisters Janhvi Kapoor and Khushi Kapoor. The actor was seen gracing the Koffee With Karan's couch with his sister Janhvi in 2019. Every now and then, he expressed his love, care and responsibility towards his sisters, including Anshula Kapoor. Now, you must be wondering why we are talking about Arjun and his sisters out of blue, well, FYI, the brother-sister duo, that is, Arjun and Janhvi are upto something.

Yes, you read that right! On Thursday, Janhvi Kapoor took to her Instagram and dropped a boomerang video with her brother on her story. In the video, the brother-sister duo looked all excited and pumped up. On the video, she dropped the "Coming Soon" sticker and wrote "Something Exciting", which makes us believe that the duo is all set to collaborate on a project.

In the video, Janhvi was looking ravishing in casual wear, that is, she was dressed in a grey hoodie paired with matching shorts while Arjun cooled uber cool in a black sweatshirt and matching pants. 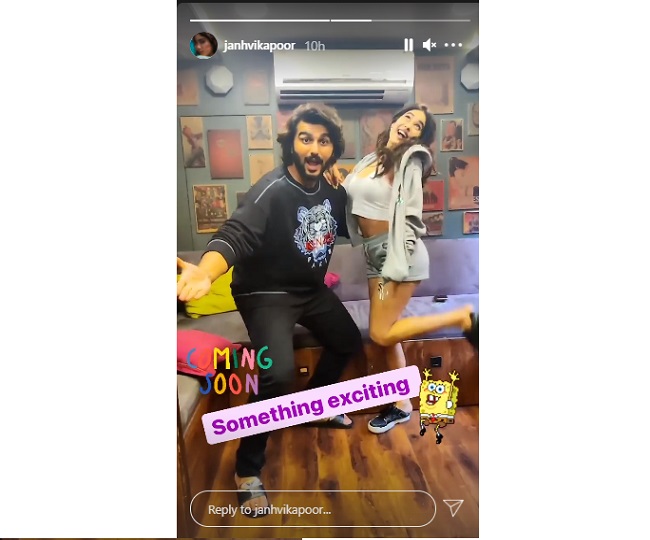 Arjun Kapoor also shared the same story with a different caption that read, "What are we upto? Any guesses?" He further asked his fans to wait for his upcoming project with his half-sister and wrote "Wait for it". 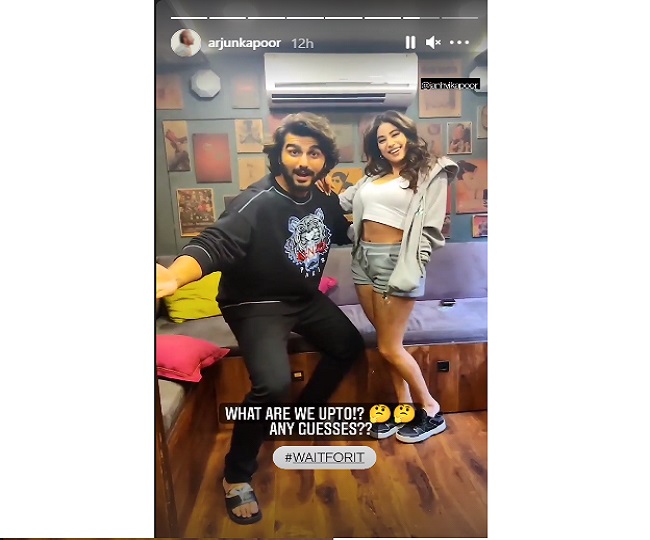