Ankita Lokhande shared series of pics from the set of Pavitra Rishta 2.0, wherein she can be seen adorning a beautiful white saree with silver sequinned detailing.

New Delhi | Jagran Entertainment Desk: Gorgeous actress Ankita Lokhande is hitting the headlines ever since the promo of her upcoming show Pavitra Rishta 2.0, co-starring Shaheer Shaikh, was unveiled. Since then, the actress is keeping her fans updated by posting pics from the set. Recently, the actress dropped a scintillating image of herself on her social media handle, leaving her fans to go gaga over her traditional look.

Taking to Instagram, she shared series of pics from the set of Pavitra Rishta 2.0, wherein she can be seen adorning a beautiful white saree with silver sequinned detailing. She accessories her look with heavy traditional jewellery and tied up her hair in a bun. She kept her makeup natural with a tint of pink shade on her lips. 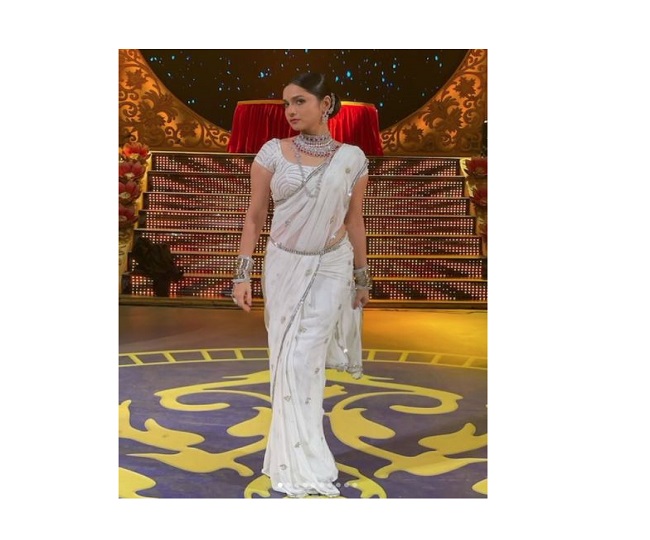 However, what caught our attention was Ankita's cryptic caption, which made us believe that the actress is missing Sushant Singh Rajput and want to go back in time. She wrote, "Somedays I wish I could go back in life not to change anything but to feel few things twice . Feels nostalgic and gr8 I m back where I started from ( my roots / my home away home ) my PAVITRA RISHTA set . " 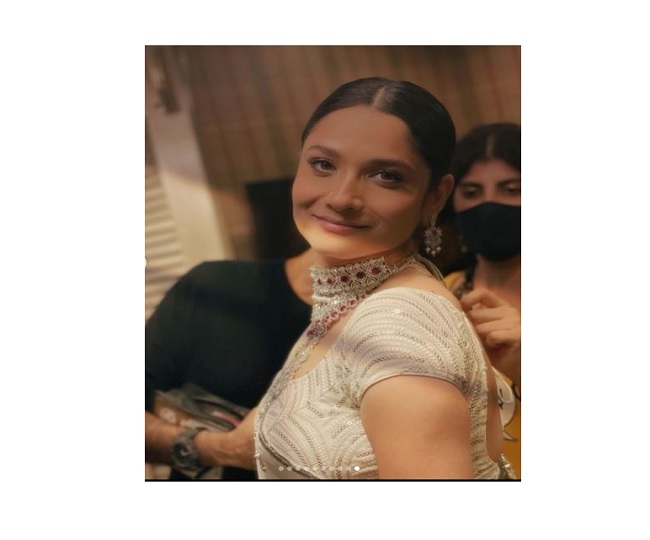 She further added, "Seeking blessings and performing alone this time for my Bappa #pavitrarishta ganpati event"

As soon as she dropped the post, fans bombarded her comment section praising the look of the actress and wishing her luck. Also, they pointed out that she is talking about Sushant in her caption. One of the users wrote, "Your Caption Got Me This Time 😢 Of Me Being A Fan Of You Made The Show Can Feel This , I Know How astringent Your Feeling Will Be For Every Single Thing Associated With This Show ! @lokhandeankita Your And Your Bappa's Pavitra Rishta It Is. ❤️❤️❤️ Much Love"

Another user complimented her looks and wrote, "Bappa's blessings are always with you and Pavitra Rishta ❤️" Ankita Lokhande's friend and actress Amruta called her 'Apsara'.

Ankita Lokhande rose to fame from Pavitra Rishta featuring SSR as Manav. Speaking to Hindustan Times, she told, "I remember I was nervous because I did not know how to go back on the sets of Pavitra Rishta and start playing Archana again. It was a little difficult but I was okay with that afterwards when I started shooting and met the whole team. Everyone was very nice and welcoming.”